So… what is being screened? Or who is? Screened in? Screened out? Screened for viewing?

What would you say are the defining characteristics of a screen? It’s something flat that comes between two things, yes. Usually it’s a thin, probably flexible thing mounted in a rigid frame. It impedes – usually just partially – the passage of air, light, fluids, solids, that order of thing. Originally, screens were things that you used to protect yourself from too-cold or too-hot air. But rarely now is a screen hard and opaque, permitting no passage of anything. Screens screen things out – and other things in.

A screen door lets some air and sound through, and some light too, passing through its mesh, but it keeps insects and larger life forms out (unless they operate the handle). The lint screen on your clothes dryer lets air pass through but grabs onto the lint and stops it from passing through. Silk screens for printing grab onto the ink and hold onto it until they are pressed to release it. Screening programs aim to act like filters, keeping all but the particularly desirable people out. Movie screens grab onto light and keep it from passing through unimpeded as air would: they glow with their luminous prey and you see it because they give it to you.

A screen grabs. That is what a screen does. It grabs some things and, perhaps, lets others pass. And then you can take what it will let you have.

Even the word screen works with that. It starts with that grabby scr, a very popular word beginning in English; many of the scr words have some taste of clutching, grabbing, or constricting: scrabble, scrape, scramble, scrawny, scratch, scrimp, scrounge, scrub, scrunch, scrutinize… After the scr comes the ee, the high and tight vowel, the one that lets the least air through. Then it closes softly but surely with n. Is this a word that could only have to do with holding tightly? Not necessarily; the word closest to it in sound is scream, which might come with gripping hands but then again might not. But the sound of screen certainly is reasonable concordant with its sense.

A screen is like a fishing net. It catches things for prevention or consumption. How you like what it does depends on whether you are the beneficiary of its catching – or are what’s being caught.

I was thinking of screens today because I was in the Royal Ontario Museum. Yes, in its decorative arts section it has a number of pretty folding screens. But where I really noticed the screens was on its windows. The ROM has many windows. Most of them have black screens on them: the threads of black fabric grab the light; light that does not snag on a thread passes through. You can see through the screens – as through glass darkly. 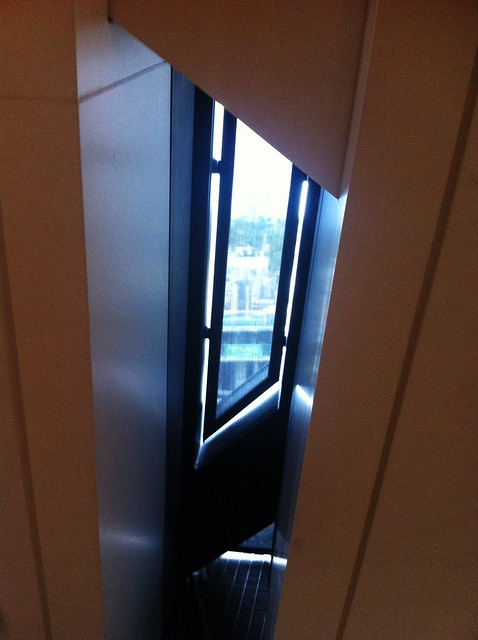 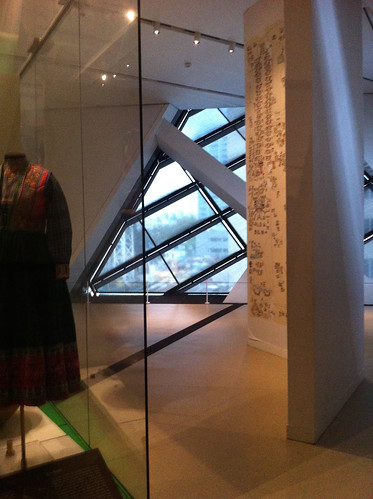 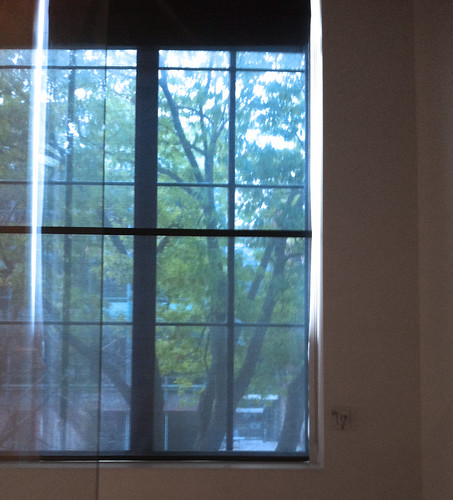 The more oblique the angle you look from, the less you see; the more the screen obtrudes and presents its own peculiar patterns, moirés and ripples. 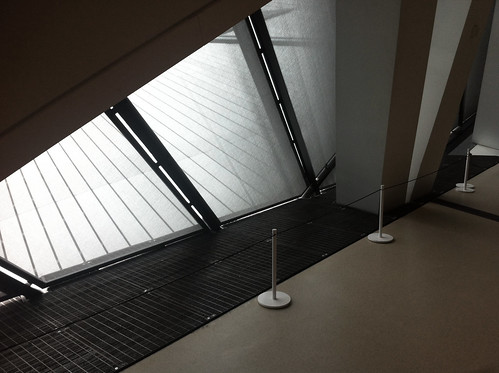 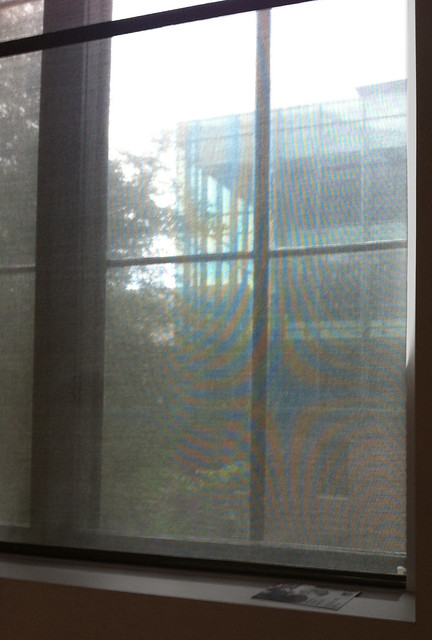 A screen is always less than clear. It always selects what you see. It grabs and keep and gives as it will, by design. If you think you’re seeing the world through it, remember that you’re just seeing what it has let go.

Don’t forget that you’re reading this on a screen, too.