I remember hearing the news. We were in a furniture store in Calgary at 33rdAvenue and Crowchild Trail Southwest. The store, which was demolished a few years later to make way for an overpass, was shaped like a big old red barn. The radio was playing, and the news came on and told us: The great icon of American popular music, the man who was practically a genre to himself and had largely become his own caricature, this man who had had his first hit 21 years earlier – half his life – was dead.

It was almost like hearing Santa Claus was dead. Elvis was so far on the other side of famous he was barely a real person, more of an archetype. As a little kid I would amuse adults with my Elvis impression, shaking my knees and whole body and singing “You ain’t nothin’ but a hound dog!” though I do not recall even having actually seen him in performance (on TV – live would never have been in question); I think I picked up the schtick from adults doing Elvis impressions.

For people who grew up during the era of Elvis, even if he wasn’t who they chose to listen to, his songs are shiny metallic threads woven through key moments and images of their lives. The month after Elvis died, I started at a new school (Springbank) for grade 6, and the following spring, at the end of the year, I had my first girlfriend, Claire Lemon, for a very short time, starting on a school camp trip and ending with the end of the school year (I went to a different school the following year and never saw her again); though Kiss and Fleetwood Mac and the Bay City Rollers were big at the time, the theme song I remember running through my head after she asked me if I wanted to “go around” with her was Elvis’s: “I’m in love. [beat.] I’m all shook up.”

Although Elvis the man died, Elvis the image, the idea, the mythical figure, Elvis Pelvis, El Vis (‘the screw’ in Spanish), Elvis… Lives. He lives on in many individual Elvises – jokingly called Elvii, but those who know Latin know that -ii is only a plural for nouns ending in -ius; if Elvis actually were Latin, which it is not (though no one is entirely sure where it did come from), it would be a third-declension i-stem noun, like penis, and its Latin plural would be Elvēs (the macron on ē is just a Latinist’s formalism to show that it’s a long e). So just as Santa has his elves and his shopping-mall avatars, Elvis rolls them into his Elves, who are his other selves. His personal magnetism, his style, his innovation, and his enduring myth have spawned a huge genre – indeed, an international community – of impressionists, commonly called Elvis impersonators but more formally known as Elvis tribute artists.

Last weekend, Aina* and I went up to Collingwood for its 25thannual Elvis festival, which family on Aina’s side who live there have been enjoying for years. There were many Elvises there, donning styles of every part of his career, and singing many different songs in many different ways. They came from all over – one of the best was from England. Some were tenors and some were baritones; some had the hip-swing and microphone-tilt and the full Elvis swivel and some mostly stood and sang; some had wonderful vocal technique and some couldn’t nail a note if they had a hammer. I came with my cameras – a new digital one and an old film one – and took a lot of pictures. Here are some of them, because words only go so far, you know. 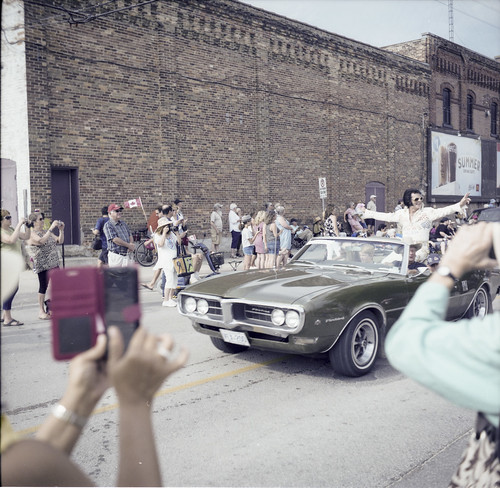 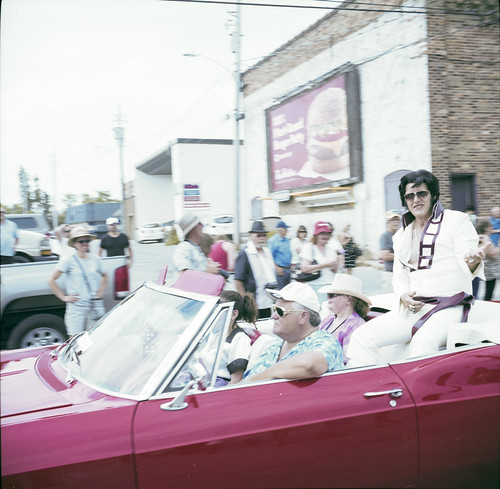 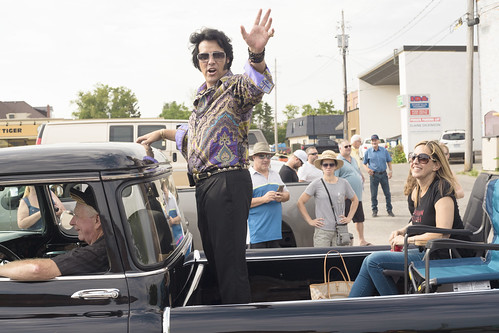 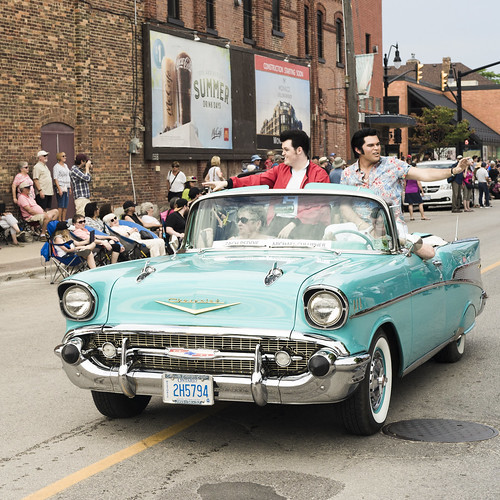 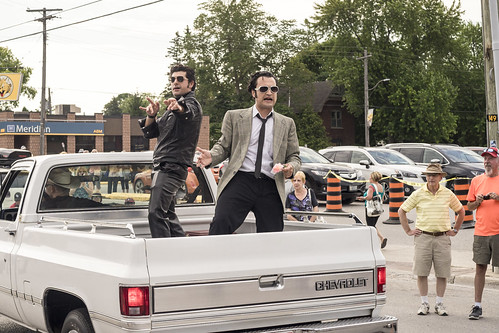 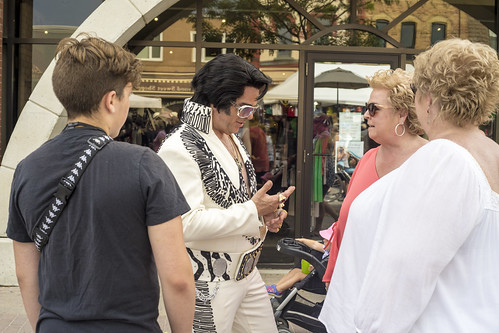 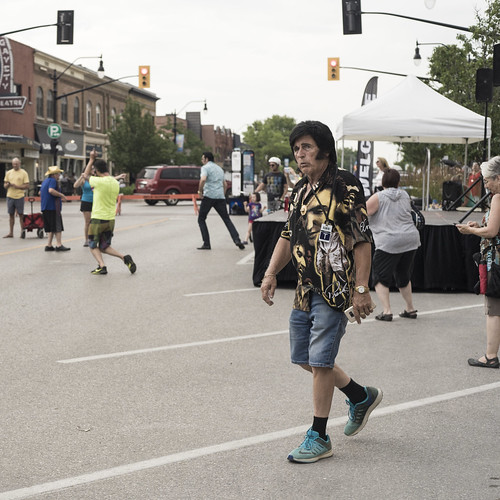 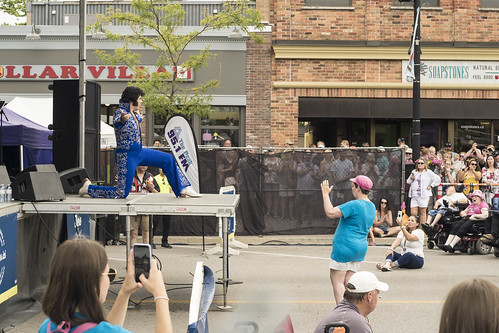 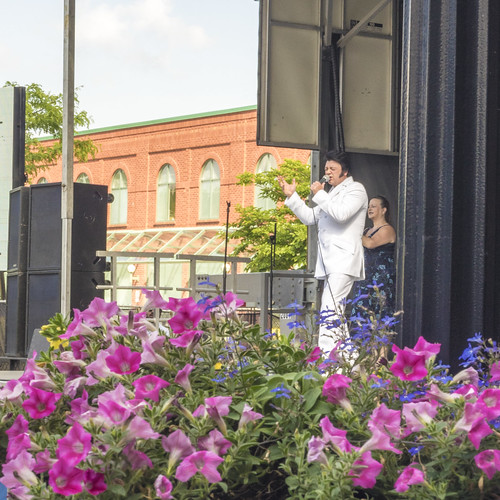 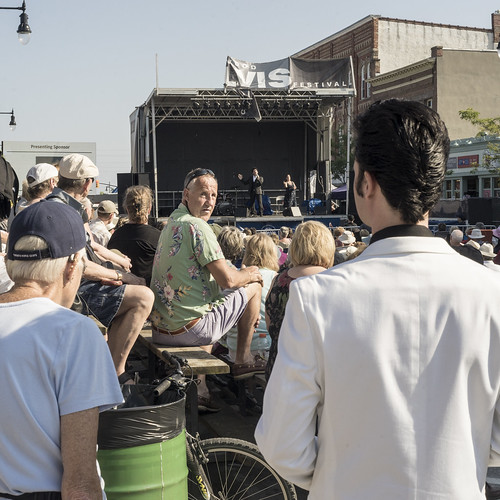 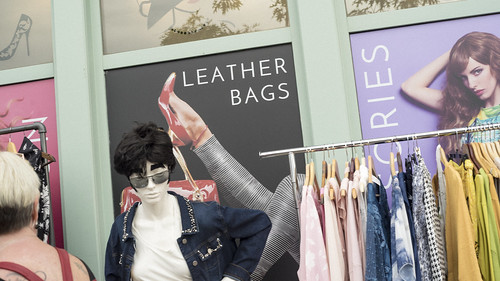 One response to “Elvis”