Genealogy runs in my family.

Seriously: both my mother’s mother and my father’s father were very interested in it, and as a result I know the histories of some lines of my ancestors back to the 1600s and 1700s. It can be fascinating to follow it back. People typically visualize it as looking up a tree and seeing the branches, but when you’re doing the research it’s more like going down a bunch of tunnels that fork (and sometimes merge). And you can go down one quite far, and another not too far, and you’re constantly hitting dead ends and backing up and so on. It feels like you’re a rabbit in a warren.

Etymology is the same kind of adventure. You follow words back as far as you can go, through the tunnels of history, sometimes branching and sometimes merging. It’s one of the many fun parts of linguistics.

I inherited my interest in linguistics, too. I got it from my dad (along with some of his books – Pike’s Phonemics and Quirk and Wrenn’s Old English Grammar, oh, and Rehder and Twaddell’s German and Kritsch’s Modernes Deutsch and the American Bible Society Greek New Testament and… I’m sure some others as well, and some of them were even taken with permission). I reckon my interest in etymology might also have drawn on the family genealogy habit.

Let’s do a little genealogical tracing of a word so you can see for yourself. I think warren will do nicely.

A warren is, as I’m sure you know, a system of burrows dwelt in by rabbits, and by extension any other maze of tunnels or halls (and many a large old bookstore, come to think of it). But warren also used to be a word for a game preserve; the current sense narrowed down from that: it turns out that people used to set aside land specifically for breeding rabbits (do they still? I don’t know, but I grew up in a province much of which seemed to be set aside for breeding gophers). And from that came the ‘tunnel complex’ sense.

The ‘game preserve’ sense traces back to Old French warenne, which came into modern French as garenne (and also now means ‘rabbit warren’) but also as varenne, an old word for a game park (i.e., a place privileged people could go to try and kill free-ranging animals) that now survives in some place names. From those place names it has shown up in some family names, for example François Pierre de la Varenne (1615–1678), author of Le Cuisinier françois, one of the great bases of the French cuisine tradition (from which descended, centuries later, another book I have: the Larousse Gastronomique, which my father and mother gave me on my request for my 14th birthday).

Varenne – or, rather, its lexical progeny – also shows up in some English names. It is one of two (!) sources of the English name Warren. So yes, Warren is a cousin of warren. But there is another source for some of the Warrens: a German word warin, meaning ‘guard’. Warin is also the source of the German name Werner (and the English name Warner and, I think, the name Vernor, maker of a ginger ale still popular in western New York State, where my parents grew up).

But Warren is, originally (and still), a surname. I’ll come back to how it got to be a personal name. First, though, I want to keep following the etymology deeper into the tunnels.

This Old French warenne most likely traces to Proto-Germanic *warjaną (that asterisk means it’s reconstructed by inference – it’s the linguist’s mark meaning ‘unattested’; it’s sort of like those paleontological and archeological reconstructions of faces and beasties from bones and what we know about critters and phizogs). That word was a verb meaning ‘ward off’ or ‘defend against’. But warenne may also trace to *warōną, ‘watch, protect’ (how does this keep happening! – I know, it’s because people often mingle and merge similar-sounding words). One or both of those is also the source of warin, the other source of Warren, which means that the two Warrens are kissing cousins. Quite the family reunion, so to speak!

But wait, there’s more! The forked tunnels merge again farther back: both of those Proto-Germanic roots are descended from the Proto-Indo-European root *wer-, meaning ‘cover, heed, notice’ (I’m getting this info via Wiktionary, by the way).

It just so happens that this *wer- is the source of many words in different Indo-European languages. They all have a family resemblance, if you know what to look for. The r appears in pretty much all of them; there is often an n after it (or sometimes a d, which is the nose-stopped-up version of n), and sometimes a vowel between the two; before the r is typically an a or sometimes an e; and then there is the opening consonant. W is a fun one, because it can change to or from v and to or from gw (often spelled gu), and from there we can get g. This is why there’s garenne and varenne from warenne.

So let’s follow the tunnels back to the present from *wer-. Down one tunnel (via a Proto-Germanic word for ‘worry, care, heed’), we get to a group of words that includes garnish. Down another (via the Proto-Germanic *warnōną, ‘warn, be careful’), we get to warn. Down the *warōną line, we arrive at ware, wary, aware, beware, guard, and garage. Down the *warjaną line, we come – through various splits over time – to weir, garrison, guarantee, and warranty. And, as you now know, through both of those last two we arrive at warren.

And at Warren. Which was, as it happens, the family name of an early hero of the American Revolutionary War: General Joseph Warren, a physician whose spirited advocacy of independence gained him his commission as an officer in the colonial army. When fighting broke out with the British, the 34-year-old Warren, who was among the “minutemen” who alerted others to the arrival of British soldiers, demurred when asked to lead the troops, insisting that others with greater military skill do so, and instead served as a foot solider in the Battle of Bunker Hill on June 17, 1775 – where at least two of my ancestors also fought, one on Warren’s side, the other a Hessian serving the British. Both of my ancestors survived, and the Hessian happily settled in the new country (no hard feelings!). But General Warren did not survive: one of the British officers recognized him, shot him in the head, and brutalized his body. He became an early martyr to the cause of independence, and a painting of his death made some 40 years later by John Trumbull cemented his legacy.

His legacy was also cemented by eponyms. There are various counties and towns in the US called Warren, for example – one I think of right away is the little city of Warren, in Warren County, Pennsylvania; it’s a short drive south of Jamestown, New York, which, along with sharing a name with me, is also in the part of New York where my mother grew up.

And largely because of General Warren, the name Warren became a popular name for American boys. I have always known it first and foremost as a personal name – because it’s the name of a close relative: my father, who grew up an hour and a half’s drive north of Jamestown (and two hours north of Warren), in Buffalo (probably drinking lots of Vernor’s, I don’t know). My father, who is descended from that Hessian soldier who was definitely not the person who shot General Warren, though he might have fired in his direction for all we know. My father, whose gift of language and linguistic fascination – and, oh yeah, another book, a little volume of family genealogy hand-printed and hand-bound by his father – helped me do this fun run through the warren of etymology of warren, all the way back past garrisons and guarantees and guards and garages and warrants and warnings and so many other things to be aware of.

And today is his 80th birthday. Happy birthday, dad! 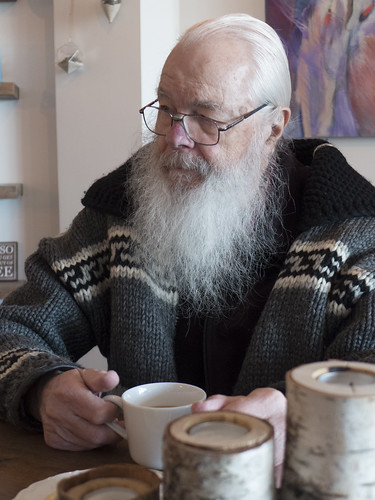 This entry was posted in word tasting notes and tagged warren. Bookmark the permalink.