When I was a kid, we sometimes did long car trips. We would pass through city after city and state after state (provinces, too, but not as much) on the kind of itinerary normally plied just by those who drive rigs. One thing that stood out to me when we passed through capital cities was that their capitol buildings tended to have green domes. I don’t mean a verdant green; more of a turquoise. I just assumed, being a kid, that this was something that went with important architecture. I had no idea that they were once bright, shiny, and copper-coloured.

Copper-coloured because, of course, copper. What colour does copper rust to? Green – that turquoise-y green. You will see it on other formal things: pennies, of course, though regular handling keeps if off most of them, but larger declarations of worth too, such as plaques and church steeples: 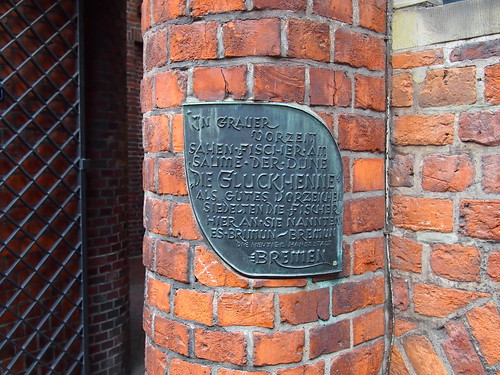 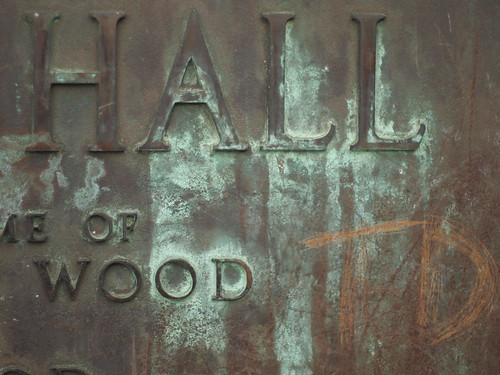 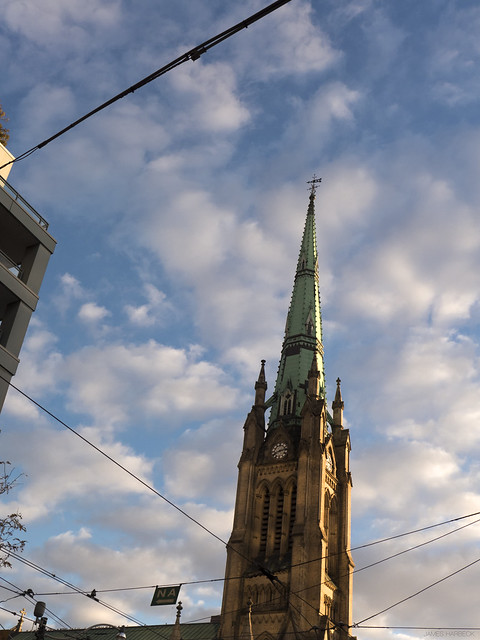 This green patina is verdigris. The state house domes were green because they were covered in a fair degree of verdigris.

Oops. Was that meant to be a wordplay? Fair degree and verdigris? The problem is this: the word is properly said like “verdigriss.” Hmm. The word looks like French, no? Yes. But it’s not directly borrowed, spelling, pronunciation, and all. It has changed and acquired a patina over the years, and is vulnerable to being reinterpreted through misconstrual.

Wouldn’t be the first time, though. Its French forms go back through history: modern vert-de-gris, which has a related adjective form vert-de-grise meaning ‘greyish green’ or ‘green of grey’ because that’s what it literally means, and it does look like that too; 14th-century vert de grice; 13th-century verte grez; and back to 12th-century vert de Grece: ‘green of Greece’. Yep, Greek green; the Latin equivalent is viride Graecum. The Oxford English Dictionary notes that “the terminal syllable at an early date was no longer understood and hence underwent various corruptions of spelling and pronunciation.”

Paintings? Yes, verdigris is seen in paintings as well as patinas; it used to be used as a pigment. But just when you want to rely on it, it turns out that it changes. Well, it goes from turquoise to a truly verdant green over about a month, which is good. But then it can keep changing. It holds its colour in oil, but not in other media, and if the pigment is made by boiling verdigris in a resin, it can turn brown even in oil paints. I’d like to quote Wikipedia on this, for reasons that will soon be apparent:

This degradation is to blame for the brown or bronze color of grass or foliage in many old paintings, although not typically those of the “Flemish primitive” painters such as Jan van Eyck, who often used normal verdigris.

So they painted the grass and leaves green, but, like the real thing, they went brown in time.

But not van Eyck. Who was van Eyck? Here, I happen to have a photo of his statue in Brugge: 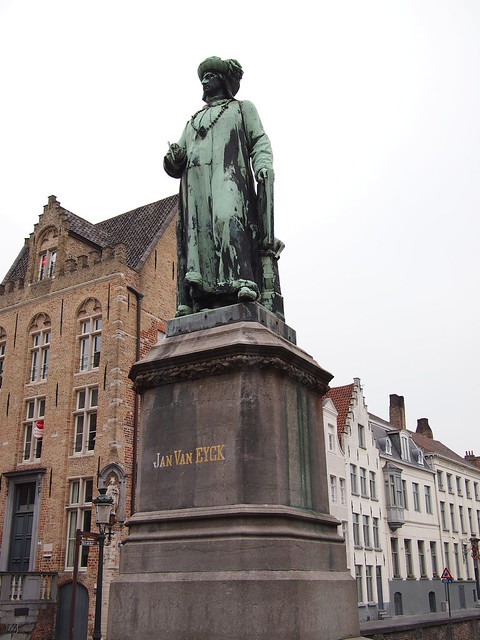 There you have it: appositely (not ironically; iron rusts red) colourfasted into nobility by verdigris, changed by time like a word.