It’s a season of squalls, brief tempests, passing furies. The toddler down the hall crop-dusting its discontent between elevator and suite door. Small dogs suddenly frantic as suddenly calm. Winds picking up your possessions and sprinting halfway down the block. And Hobbesian rainstorms, timed to thrash through just after you head out and before you can come to cover. The iron and concrete canyons of the city core become Angel Falls for a handspan of minutes, and you are at the foot.

There are fewer things more simultaneously thrilling and calmly comforting for me than watching a vicious drenching through a window from a warm, high, dry space. Late in the day, in the golden hour, the overladen clouds arrive and release, the rain scratches and crosshatches the view and rattles the windows like thrown handfuls of diamonds, and the glass is quickly jewelled. 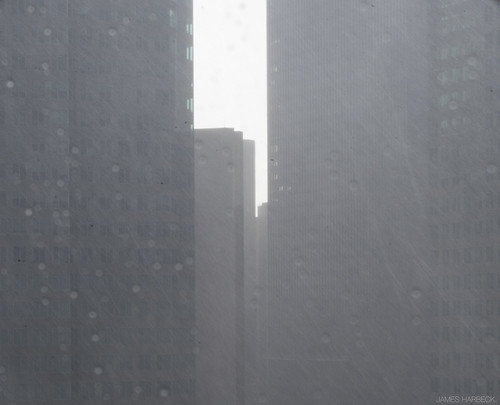 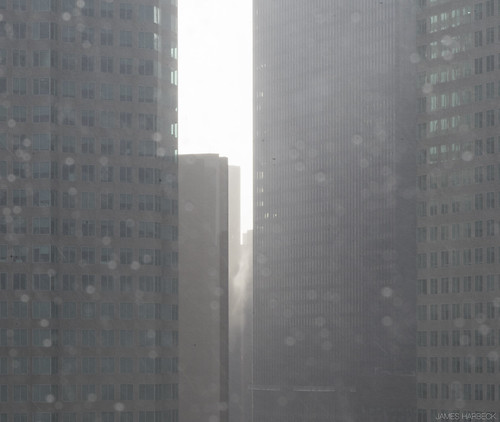 And then it is quelled, no more permanent or sincere than a convention, but the dripping and bewildered buildings will take some time to dry and tidy up.

Whence comes this word squall? It was a verb first, an imitative word for screaming, squealing, wailing, squawking, hollering, as of a small person or a crow or a cat, a sound not genteel but altogether squalid. Sometimes in the 1600s and 1700s they would spell it squawl. From that came a noun for the same. And perhaps – it is not dead certain, but perhaps, and probably in fact – that noun was the basis for the sense ‘suddent and violent burst of weather’ – wind, rain, snow. (Snow squalls are the kind of squalls you get in Alberta, but in the other half of the year.)

The word is fitting in sound and shape: when you say it, it arrives with short warning, the hissing fuse /s/; then it explodes, the burst coming from the back /k/ and expanding through pursed and spreading lips /wɑ/ before finally echoing and narrowing down through the final /l/, a dark /l/ that may not even touch at the tip of the tongue. And then it is over, and you move on to the next.