For tonight’s word, let me go to my bookshelf. But not the usual bookshelf. My much-photographed library shelves are not the only place we have books. They’re piled all over. And if you open this kitchen cupboard… 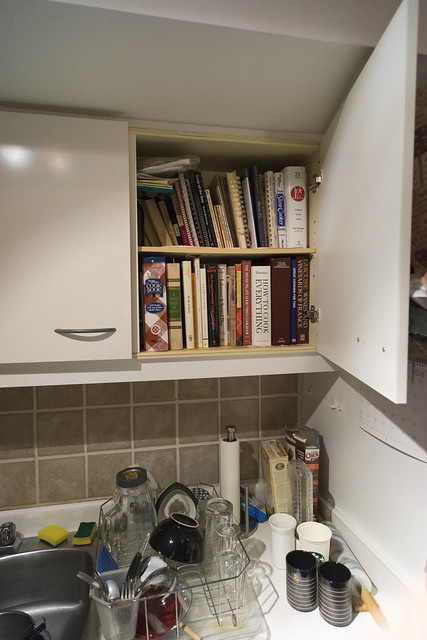 I have a collection of cookbooks. Sometimes I even open them. One or two of them. Some of them go years without being opened. I used to use them more. I wonder if there are words in some of them that have never been seen in that copy with human eyes – and never will be. 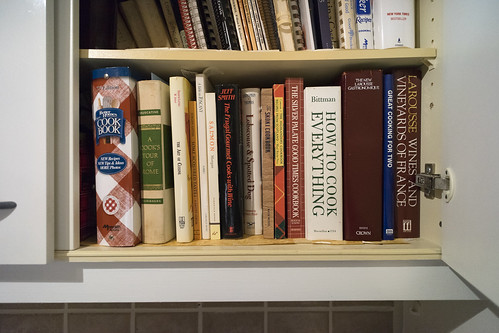 Some of these cookbooks are gifts. One of my favourites – though I’ve never made much actual use of it – is one my cousin the food-and-wine lover gave me. She sought it for years and it finally appeared in a reprint. 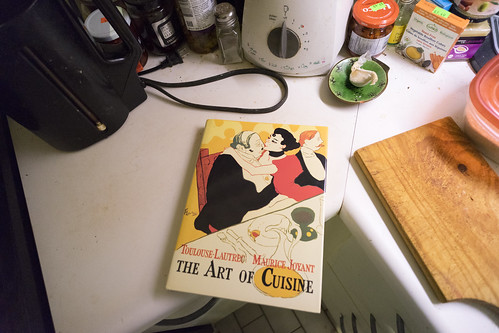 The Art of Cuisine, recipes and art by Henri de Toulouse-Lautrec, assembled by his friend Maurice Joyant, translated by Margery Weiner, with culinary notes by Barbara Kafka. Culinary notes? Yes, well, the recipes were not written for beginner audiences; they were noted down by a gourmet for use by other gourmets comfortable in the kitchen. So, for our rather more helpless and literal modern cookbook-buying audiences (who also may be unfamiliar with some things that were matters of course in the France of the 1800s), the noted cookbook author Barbara Kafka has given usable clarifications. We wouldn’t want the meaning to be missed. 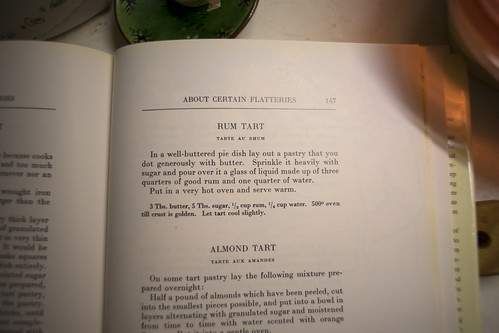 It certainly has some engaging recipes, and it tells them in that lovely conversational way that old cookbooks often do. 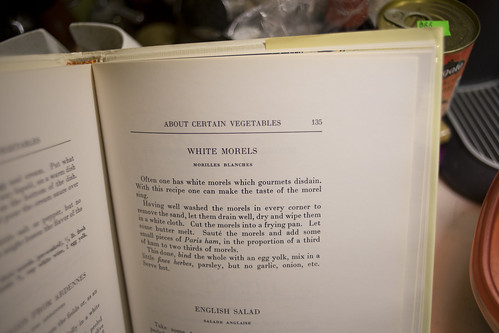 Admittedly there are some recipes I am quite sure I will never make because I will never happen to have a key ingredient. They sit there on the page, connecting to my eyes and brain, giving me an aesthetic anticipation, but never eventuating in action. 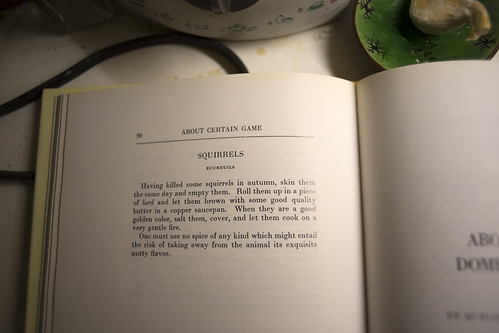 At the very end of the book is a section called ULTIMA RATIO FINIS. It is (after its section title page) just this one page, facing another illustration. 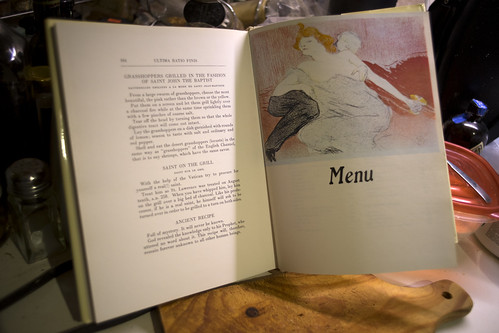 As you can see if you look closely, it contains three recipes: grasshoppers grilled in the fashion of Saint John the Baptist; saint on the grill; and ancient recipe. 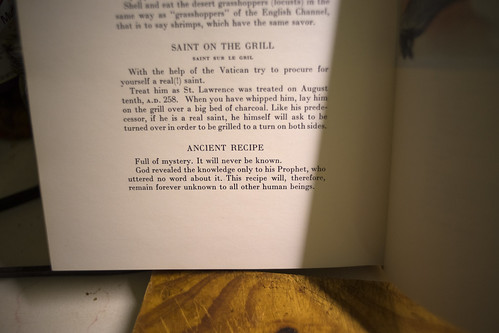 Full of mystery. It will never be known.

God revealed the knowledge only to his Prophet, who uttered no word about it. This recipe will, therefore, remain forever unknown to all other human beings.

Did you not see the word owsell in the recipe? Anywhere in the book?

I first became aware of this word last week thanks to a tweet by Simon Horobin, professor of English at Oxford. He tweeted a picture of the Oxford English Dictionary entry for it.

The first thing you see is that the word is preceded by an obelisk, a dagger indicating the obsoleteness of the word: †. It is dead. No one uses it.

But at the time the OED was first assembled, it was found and noted in a book. So there it is. The OED has a few hapax legomena that appear just because someone used them once in a book. It takes rather more than that to get into it now, but they are loath to expunge an old entry.

The second thing you see in the entry, after † owsell, n., is

There is, below that, a little note about the sense as conveyed in the one text citation: “Although perdition is later sometimes described as black (following Milton On Death Fair Infant, 1673), and there are instances of figurative use of ‘ouzel’ (blackbird) in allusion to the colour black (compare ouzel n. 1c), it is not easy to see how this might be interpreted in the quot. here.” The text citation, which is at the very end of the entry, is a quotation from A six-folde politican by John Melton, published in 1609: “Neither the touch of conscience, nor the sense..of any religion, euer drewe these into that damnable and vntwineable traine and owsell of perdition.”

After the usage note, you see the characterization “Obs. rare—1.”

Then you see the definition:

(Meaning unknown.)
Possibly a typographical error for some other word.