This is National Novel Writing Month, #NaNoWriMo. For a while I’ve had a hankering to write some fiction, but I have so many other things going on it’s hard to make the time. I’ve decided to use NaNoWriMo as my excuse: for the month of November, I’m going to be writing a work of fiction, one chapter at a time, in place of my regular word tasting notes. Each chapter will start with a photo of a word.

It won’t be long enough to be a novel. Perhaps not even a novella. But never mind. 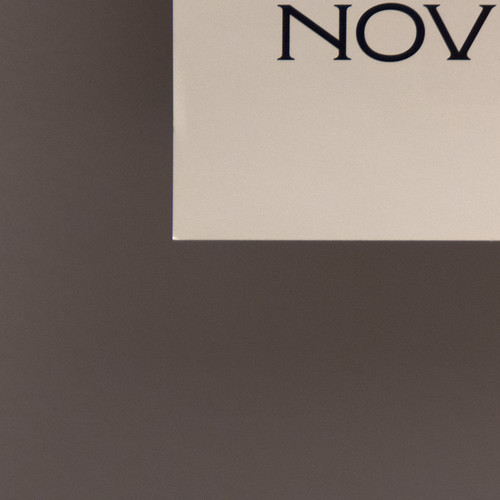 Something hit him, or he hit something. His mind is dism—ed. He is trying to rekindle the fires of awareness from the dim —s of…

Wait. A piece here. He was reading something. It was… volume number 5? No. It was a —el, a —ella, nothing more in—ative than that…

He looks up. Words. He is in his library. No. He is not. The words are not bound here. They are free, bounding across the earth and growing on trees. Words and parts of words. His library has been re—ated now stop that what goes in that gap are these words —atures no they are more printed than e—uted that’s not it either; if only he could rem—

That’s what it was. The shelf hit him. He was stepping on a lower shelf, climbing to reach up, to change the page on the calendar. And the shelf tipped. The books came down, broke over him like earthen jars of mystical substances. Dictionaries in various languages. Books on theatre, books on geography, books on philology and —osophy and —ately and —andering stop, shake your head and the Papyrus of Ani and Anna Akhmatova and Kurt Vonnegut and – heaven help him – James Joyce and

And here he is. Wherever here is. Not his library, not now. The trees drip with congealed steam, the leaves loom leering, the ferns, kapoks, aroids, Hevea brasiliensis, bromeliads, orchids, and harboured by them a multitude of small insects invisible but highly aud— (damn those cicadas!) or inaud— but highly vis— (Nymphalidae, Riodin—, Lycaen—) or, best or worst, —vis— and —aud— (Anopheles). And darting reptiles and felines and birds – the more he looked the more there was to see. As he turned his head they appeared, things, but

not things, not exactly, or not only

And parts of words. Words blinking in and out. Morphemes and not mor—s but bits that blas— against the etymological aristocracy. Pieces like stars that make up words like constellations, aligned from one perspective but distant strangers from any other, and some that disappear when looked at too much.

He can’t stay here, can’t stay this way. He has some kind of pathology, an exaggerated em—y with words, almost a grand —etic fallacy. He must find a — out. A…

A road. Thank you, synonyms. There is one, just dirt, just tracks, going through the vines and the tweets and the flickers and the creeping tumblers and the ubiquitous webs. He stands up. This must be a dream, right?

Spoiler: No, it is not a dream.

“Who – what?” The man swings his head around.

“No, it is not a dream,” says Spoiler, who has been lounging against a tree just behind him for an indeterminable amount of time.

Spoiler is wearing an orange plaid jacket and a Fedora – not a Trilby, get this straight, a real Fedora, but a filthy old one with a hatband that has babysat many half-burnt cigarettes – and three days of stubble and a smirk and a pair of sunglasses hanging off the breast pocket of the jacket and a dirty white T-shirt and some invasive species of jeans and a brand new pair of Rockports.

The man, who is now coming to standing, is wearing a white cotton shirt and twill pants and, dammit, socks because he was in his library. And his glasses, but not his distance ones. His old ones that he uses around the house.

Spoiler sticks his hand out. “Spoiler. Pleased to meet you.”

The man reaches out to shake it. And then realizes that he can’t remember his name.

This isn’t that concerning. He’s always been a little iffy with names. But his own usually comes back to him within a few seconds. Nothing so far.

“Pleased to meet you.” They shake hands. Spoiler’s hand is pretty dry considering where they are.

“You’ll want these. The path’s kinda dirty.” Spoiler reaches down and lifts a leg and takes off a shoe, step hop, then, step, the other, hop hop. Holds them out to the man.

“Yeah, sure you can. I’m used to walking barefoot on this. I do it for fun. Do I look like I wear shoes much?”

“There are shoe stores in town. It’s not far.”

“Well, thanks.” The man checks his socks to make sure they aren’t terribly dirty, then puts the shoes on. They actually fit, more or less.

The man is about to say he’s not entirely sure how he got there, but that’s maybe not a thing one should say to a complete stranger and a sketchy-looking one at that. Still, this guy seems to know something about his predicament. Maybe he should ask if he comes here often? No, that would be a bad way of putting it.

“Might as well start walking,” says Spoiler, “unless you’re enjoying the atmosphere. I mean, it’s nice and all, but you’re looking kinda disoccidented.”

“I’m sure that’s just in—al.” Wait, did Spoiler say the whole word or is he mocking? Is this affecting hearing? What’s the pre… precedent?

“Or inciocular, depending on whether it involved your eyes or your teeth.” Spoiler starts on the path. “Coming? Cuz if not, give me back the shoes.”

“Yes, sorry.” The man swats an Anopheles on his biceps.

“Oh,” Spoiler says, as the man catches up, “you should decide what your name is, too.”

This entry was posted in NOV and tagged fiction, NaNoWriMo, NOV, novel, novella. Bookmark the permalink.