What it actually is, in Toronto today, is slush.

Such a difference one little sound makes! It’s the difference between flush and blush, which mean opposite but related things, or between plush and lush, which seem quite well matched. Flush and slush sound so similar and are both watery; blush and plush differ only in the voicing at the beginning, but at least both belong in a boudoir. But in all of them is lush, which has one less sound but conveys the most richness. It is, as words go, luscious.

Well, the adjective lush is, anyway. The noun lush is another thing. It showed up in the late 1700s to refer to alcoholic drink, and by a century later was referring to alcoholic drinkers, the habitually and excessively intoxicated. But at least a lush is usually thought of as somehow luxurious, not quite like a sot or any ordinary drunk. The sound surely has something to do with that.

Lush, the adjective, was one of the first words I tasted when I started this exercise in 2008. Words are intoxicating, and this blog has been a bibliographic binge, a lexical bender, for a decade so far. It is lucky that there is no harm in being a word lush, soused with lush words.

What there is in it is a book. More than one, but so far one. Eliot says April mixes memory and desire, and in that respect this book is fitting. For a few years I regularly wrote fictional vignettes that played out interpersonal foibles focused on a particular word; I had always meant to collect them into a volume, and now I have. I’ve left out a few that do not look so good to me now, but there are still 89 to pour out and pore over. It’s available as ebook and paperback. The cover is at the bottom of this post; it features a painting by the 17th-century Dutch master Jan Steen.

I’ve tasted well over a thousand words since beginning this blog. I want to put together at least one more book assembling the best of the non-narrative ones. But I don’t think I should just trust my own judgement. So I ask all of you who have read them over the years: which ones do you remember most fondly? Help this word lush pick the tallest poppies from his lush garden and make a proper opiate of them. 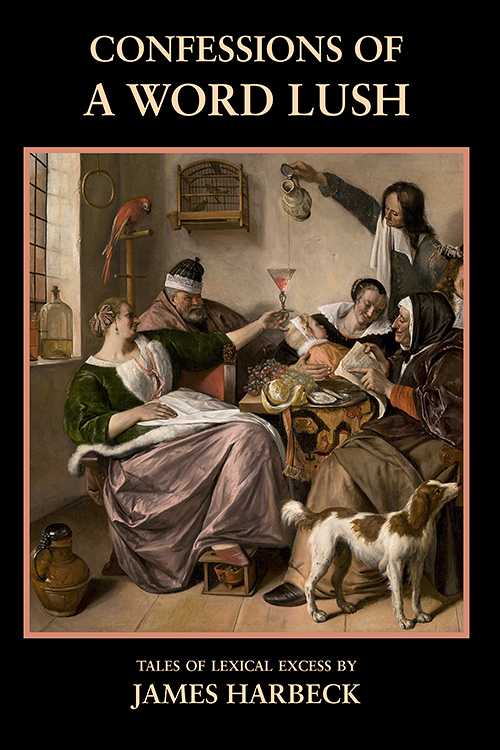 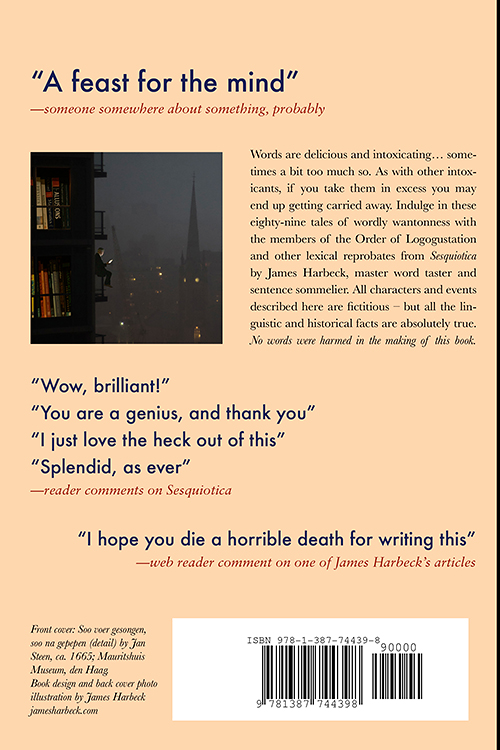 One response to “lush”