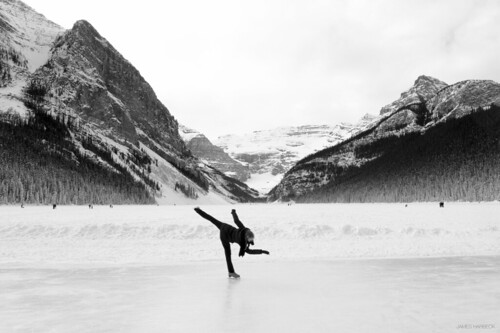 Nearly half my life ago, not long after I arrived in Toronto, I volunteered to usher at a dance festival. At the opening night party, I did my best to pretend to be extraverted; I chatted with a few people. I saw one young woman across the room who was sitting quietly, by herself, like a silent mermaid on a rock. She was, you might say, scenic. I lacked the nerve to go up to her and talk to her.

But on my first shift, two days later, I was assigned to work with her. I discovered she was not just beautiful but remarkably talented – a professional figure skater with a degree in dance, poetry in motion to behold; at the time she was on summer break from the touring spectacle Holiday on Ice. And we had similar taste in music. And she was very sweet.

The next day I signed up for extra shifts to work with her.

She was the one for me. And she still is, and (may it be so) always will be: a bit less than three and a half years later we were married. 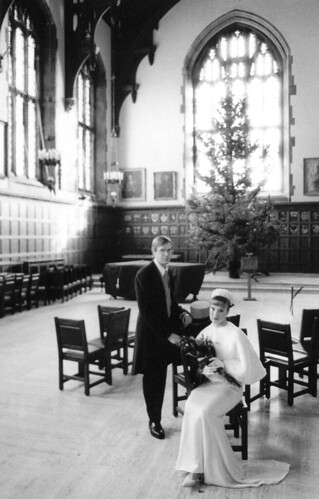 She had – has – an unusual and beautiful name: Aina Arro. It is, of course, subject to incessant misspelling by all and sundry. Her last name, Arro, came from Estonia, like her father. Her first name, Aina, came from Latvia, like her mother. It is said like German eine, ‘one’, as in “Eine Kleine Nachtmusik” (“A Little Serenade,” or more literally “A Little Night Music”). As I might say in German, Aina ist die eine (Aina is the one).

Aina has, at times, been a popular name for women in Latvia. In Latvian, the word means ‘view’ (as in “mountain view”) or ‘sight’ (as in “see the sights”) or ‘spectacle’ or ‘scenery’. But it’s only been used as a name since about 1915.

It’s only been used as a name in Latvian since 1915, I should say. It’s actually been used in Estonian and Finnish for a bit longer. The word aina means ‘always’ in both languages, but that’s not really where the name comes from; it’s originally an alternate form of Aino, which is the usual form of the name in both languages.

Aino is a fairly popular name in Estonia and Finland for women (and girls). Like quite a few timeless elements of Finnish culture, it traces to the pen of Elias Lönnrot. When he assembled (and edited, and confected) the folk songs of Finland into the Kalevala, he included one in which a young singer (Joukahainen) gets into a contest with an old master singer (Väinämöinen), loses, and is on the verge of drowning in a swamp, and to get Väinämöinen to save him he promises the hand in marriage of his only sister:

(drawing on Keith Bosley’s translation:
If you whirl your holy words around and call off your spell,
I’ll give my only sister, I will yield my mother’s child)

Well, that was how it was in the first edition, of 1835. In the second, of 1849, Lönnrot capitalized aino and made it her name:

(I’ll give Aino, my sister)

And that is where the name Aino came from. The popularity of the Kalevala and the desire for a strong Finnish cultural identity ensured immortality for the name; among its most famous bearers was the wife of Jean Sibelius, the great Finnish composer. It also became popular in Estonian, which is closely related to Finnish. 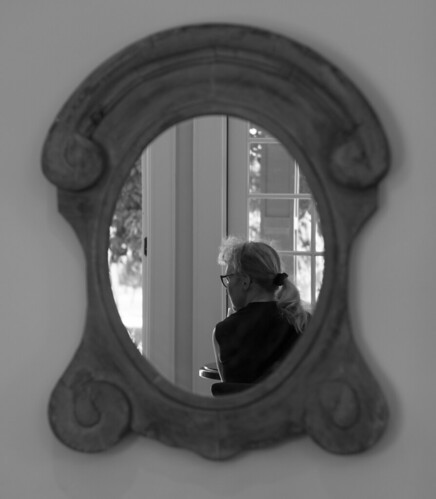 The character Aino achieved immortality another way: through mortality. She didn’t want to throw away her golden youth and be tied down in marriage to this crusty old singer, no matter how talented he was. So she drowned herself and became a water spirit.

(Keith Bosley’s translation:
Then, when she got there, she sits herself down
upon the bright rock, on the glittering boulder:
the rock plopped in the water, the boulder sank down,
the maid with the rock, Aino beside the boulder.)

But where did this word aino come from? It seems an entertaining coincidence (I know, right?) that it means ‘only’ and sounds almost like German eine, ‘one’.

In fact, aino is a poetic shortening of ainoa, which is the usual Finnish word for ‘only’. And while Finnish is a Finno-Ugaric language, unrelated to Indo-European languages such as German, Swedish, and English, it has borrowed some words and changed them as it has seen fit. One such was the Proto-Germanic *ainagaz, ‘only, unique’, which in turn came from *ainaz, ‘one’, which is the source of… yes… eine. And one, too. 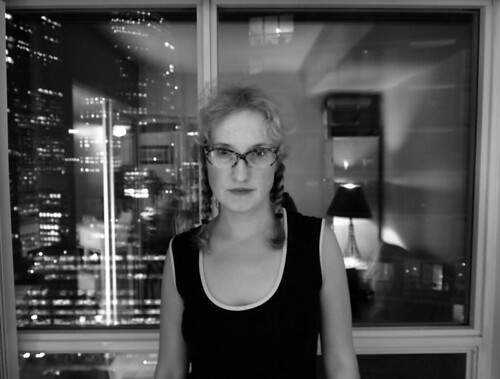 Do you follow all that? The Proto-Germanic word for ‘one’ (and the ancestor of one and German eine), tentatively reconstructed as ainaz, was modified to (reconstructed) ainagaz, meaning ‘only’, which was then borrowed into Finnish and (over time) became ainoa, ‘only’, which was trimmed for the motion of poetry to aino, and that was turned into a name Aino, which became popular in Finnish and Estonian and was then modified to Aina (coincidentally the word for ‘always’), and that was borrowed into Latvian (where the word also means ‘a sight to behold’).

And from that, the one for me, now and always, happened to be named Aina, who is a sight to behold, poetry in motion. And I get to see her every day, and listen to a little music with her every night. 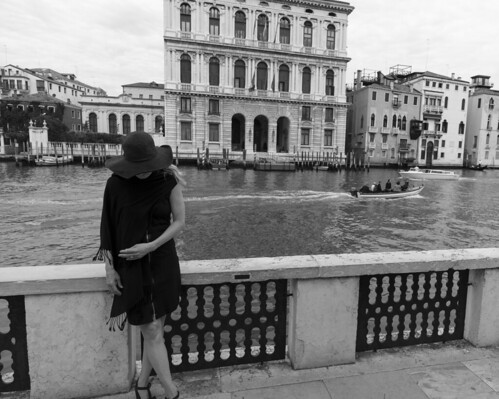