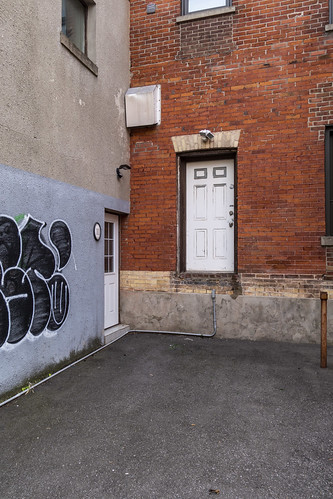 I came then at last, after much walking and climbing, to the door. It was set at the top step, without so much as a landing; and it was beautifully fashioned, and its handle was ornate. The lock was a master piece: cleverly crafted, designed as much for admission of its maker to the highest level of the guild as for admission of key-holders to what lay on the other side. I had carried the key for it these many miles, an intricate and nearly cylindrical item with the aspect of a forest of metal. I carefully inserted it into the lock, and with some manipulation at last caused it to work. The bolt slid with surprising ease. I turned the handle and opened the portal. It swung and revealed… nothing. And everything.

The door at the climax of my travels was a nulleporte.

The translator can be forgiven for not translating nulleporte: there is no single word in English for it. Oh, yes, we have an expression, door to nowhere, and it serves well enough, I suppose (and, at least for me, immediately cues up “Road to Nowhere” by the Talking Heads). But it’s so much tidier and cuter as nulleporte: French for ‘nowhere’ is nulle part, and French for ‘door’ is porte.

We expect doors to go to places. They are limens, literally; they are transition points, places to stop and reflect for a fleeting instant as you move from one state of body and mind to another. Gaston Bachelard asks in The Poetics of Space (translated by Maria Jolas, and my apologies for the default to masculine), “is he who opens a door and he who closes it the same being?” My answer is that we are not ever the same from moment to moment, but doors give a particularly clear and prescribed instant of change. The state you are in as you approach them is known; the state on the other side is expected or at least guessed at. A door is a conjunction in the grammar of spaces.

A nulleporte is a door that you open and.

A door is a passage through a boundary. A nulleporte has a boundary but no passage, or a passage but no boundary. It is a solecism in the grammar of spaces.

Of course a door, even a nulleporte, always has not-nothing on the other side. It may defeat your expectation of a room, or a hallway, or the enterable outdoors, and at least something to step forward onto. But even if you pull it open only to find a wall, or open air and a drop-off, there is still not nothing. And if, as is the case with some nulleportes, it’s just a door to more of the same space (there are doors standing in the middle of the countryside, inviting you to pass through though you could always just go around), there is no less potential than there was – you just have the added experience of a gratuitous transition. But in all cases, a nulleporte is not a door you can use as you expected to. The expected potential has not been realized, so the options are undefined.

One thing has been prescribed: you have to do something other than what you thought you would. If the door is in the middle of a field or standing free in a gallery, you can pass through and continue, and your mind will tell you both that something has changed and that nothing significant has changed, and you have a decision to make about what you tell yourself. If it opens to wall or to sky, you can turn around and go back where you came, perhaps; that’s usually an option with doors (though certain doors in places such as airports – remember those? – have a requirement of not reversing course). But you came with a plan to go forward, no? Is there, after all, turning back?

When a door is a literal nulleporte, the realistic decision can be clear-cut and unavoidable: few people will step into open air with a long drop down, and fewer still will walk into (or through) a wall, and let us not condemn those who choose to keep living unbruised. When it is not clear-cut, it is likely inconsequential: some will step through a door that leads to the same space, and some will go around it, and the result is, physically, functionally indistinguishable.

But when in the course of our lives we reach a figurative nulleporte – a transition point anticipated but not providing the expected outcome – we still must do something. We can walk into a wall and somehow pass through it (or at least hope to). We can step off into air and manage to fly before we become a Wile E. Coyote canyon-floor dust cloud. We can pass through into the same space as we were in and truly see it and be in it differently. Nothing… and everything: a transition because you decide it is one.

Or not, of course. We can also come up to a nulleporte in our lives and find no sensible way to go through, and go back and choose another route. That’s better than hitting a wall or becoming a dust cloud on the canyon floor, or pretending things have changed when they haven’t. Sometimes a nulleporte opens a door only to recognizing our own assumptions, expectations, and plans. It makes a difference, of course, whether no door was expected and you came to one only to find it not what it looks like, or whether you’ve been waiting for this moment for all your life only to find it’s all been a pack of lies.

Now here’s a question: if we have a meaning for something, and a phrase to signify that meaning, does it make a difference if we have a single word? We know what door to nowhere is; it’s a collocation, well established, and clear enough for most people. The idea of a word is that it unlocks new meanings, but nulleporte means nothing more than ‘door to nowhere’; it just says it in one word, and more cleverly, and plainly borrowed from French (which is classy or something). It gives it a new air and a new thingness, but is that just imagination? Is nulleporte a nulleporte? Are you exactly where you were before you had it? Or has it led to a state change? Is there something not just liminal but numinous about doors, and about the linguistic doors that words are? Per Bachelard, “Why not sense that, incarnated in the door, there is a little threshold god?”

And have you, by the way, stopped to think about who goes and puts nulleportes in places? It seems like such a frank (and perhaps passive-aggressive) bit of spatial communication. Or perhaps it’s a gift, meant to give a new perspective. Or it’s just fun or diversion or fantasy. Bachelard: “And what of all the doors of mere curiosity, that have tempted being for nothing, for emptiness, for an unknown that is not even imagined?” What of them? In fact, life is full of them, incessantly, and we don’t even notice most of them.

I can’t speak for everyone, of course. But I can speak for the person who created the word nulleporte, because I am that person. It’s a new old word. (I created the quoted passage at the start as well, but the Bachelard quotes are all real.) And I suggest using this nulleporte for the best reason for using a nulleporte: because why not. 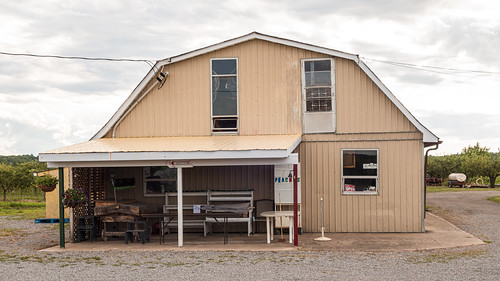