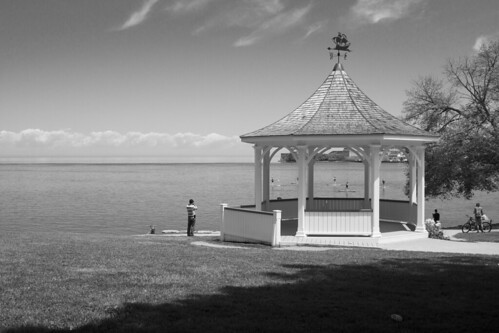 You probably know what a placebo is: an inert medication, a “sugar pill”; they’re used in clinical trials to give a basis of comparison with the medicine being studied (the patients don’t know if they’re getting the drug or the placebo, and in the best studies the researchers don’t, either, until after).

A common idea people have is that a placebo is something that simply doesn’t and can’t produce effects, and any perceived effect is all in your head. This is not actually true: the placebo effect is quite real – given the right stimulus, the mind actually can cause real improvements in symptoms, and not just self-reported improvements. The placebo effect typically wears off over time, but, then again, so do a lot of drugs. And of course in order for a drug to be considered effective, it has to produce significantly more benefit than a placebo would. (There’s a nice article on the power of the mind in healing in the August 27, 2011 issue of New Scientist, complete with references to several studies published in journals.)

But who would create such a thing? And who would take a pill that they are told would harm them? It seems senseless, and yet many people swallow bitter pills every day – figuratively speaking. Nocebo usually shows up followed by effect, for the point, in the main, is that negative expectations tend to produce negative results. A therapy is more likely to fail, or to have weaker effect, if the patient expects it to fail.

Oh, and there are those drug trials – it is not only a drug’s positive effects that are measured against placebo; it is also its adverse effects, commonly called “side effects.” Placebos also produce side effects, just as drugs do (and of course people sometimes ascribe unrelated sensations to treatments too). And if a given side effect is produced no more often by a drug than by a placebo, it can be assumed not actually to be caused by the drug’s active ingredient.

Now, this word nocebo – does it seem especially nocent, nocuous, noxious? It begins with no, and that is indeed a strong effect, as it is such a foundational word. I am put in mind of NoHo, a New York neighbourhood north of Houston street (SoHo is south of Houston): it gains for a me a sense of negativity and inferiority from that No, though of course the reality of the neighbourhood does weigh against that.

But aside from that, the word nocebo has a certain sweetness – it is not itself such a bitter pill. It has that lovely sequence of rings, five in various transformations o c e (bent in) b (with a line) o – it just cries out for modernist typography. Its beginning may make French speakers think of noce (wedding); the bo may bring out beau, or a bow, or a guy named Bo. The /o – i – o/ of the vowels brings forth Romeo, rodeo, Oreo, do-si-do, and perhaps torpedo. It also sounds like it should be the name of a city – it has tastes, perhaps, of Nogales and Toledo, among others (there is a Nødebo in Denmark, but the pronunciation of that is somewhat different).

But of course that’s how it tastes to me. You may get something quite different from it – one person’s food is another’s poison, and, yes, one person’s placebo may be another’s nocebo.