This is the eighth chapter of my month-long fiction, album, made of word pictures.

reflex. noun. 1. Reflection; bending or bouncing back. 2. A reproduction or further development of a thing. 3. An automatic response. From Latin re ‘back’ plus flexus, past participle of flectere, ‘bend, flex’.

Here it is, the one picture of Jacob in all these albums. He can look at himself. And still not see himself. If you didn’t know what Jacob looked like, after looking at this picture you still wouldn’t. Most prominent in the photo is the camera, a Pentax 67, a medium-format camera, an overinflated SLR. His right hand grips the side and the shutter; his left hand holds the lens to support the five-pound heft of it all. Over one corner of the camera body you barely see his left eye, but it is not squinting, as photographers so often do; it is looking almost at you. Then there is a forehead, and a lush head of hair most often managed (if at all) with fingers. And below the camera is the bottom of his chin, and his neck, and his bare shoulders. And behind him, reflected obliquely in the mirror, is the bathroom door, open, and part of a mirror in the hall. END_OF_DOCUMENT_TOKEN_TO_BE_REPLACED 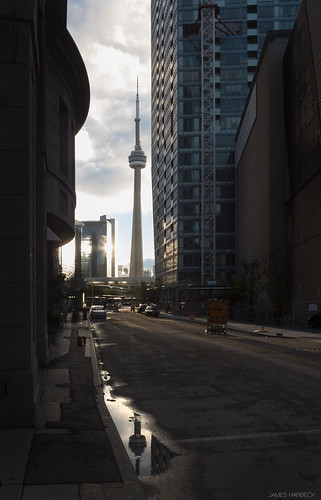