This word may look like it should be capitalized as a name. I must admit that the first time I saw it I thought so, especially since some of my family’s oldest friends are a family called the Emmetts: two doctors and three children (well, the children have their own children now). But emmet is more interesting and curious. And so I must pre-empt the Emmetts, but you will find that by the end I must admit I have – perhaps paradoxically – re-pre-empted the emmet for an Emett.

Let us start with emmet. What does it signify? An ant. Yes, that’s right, we have a longer word for ant, one with six legs (mm) and two pairs of letters and two syllables. Why would we have this longer word for a small thing? It happens to come from the same origin. The n in ant comes from an old Germanic m. Various regional Dutch and German forms include emt, empt, emte, amete, and so on. We could have kept it as empt, but instead we assimilated the nasal consonant to the t and lowered the vowel a bit, and we had ant. Except that people in some parts of England kept the m and added a vowel (e) for distinction from the t. In English, you see, there is no amity between m and t. They tend to have something between them – a vowel, a p, a syllable boundary. And with that a small distinction builds into quite the anthill.

Ants. Formidable, to be sure. Small but not to be underestimated. Axiomatically industrious; the cartoon version of them is as a living machine, crawling in coordination. And this is where I get back to Emmet.

I should say that the family name Emmett, also spelled Emmet or, as in today’s case, Emett, does not come from the ants – unless you have an Aunt Emma. The family name Emmett (with however many m’s and t’s) is actually taken from the diminutive form of the female name Emma. Who the heck was Emma and why was she so special? She was the mother of Edward the Confessor. But Emma is not originally a full name tout court; it arose as a diminutive of Irmgard (meaning ‘whole enclosure’ as in a castle) or Ermintrude (meaning ‘entirely beloved’, which this name no longer is). So the path from origin to end is a bit of a Rube Goldberg machine. 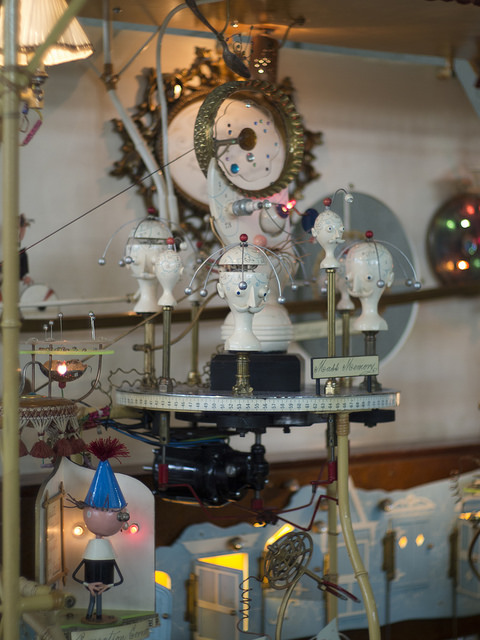 Or a Rowland Emmet machine. Who is Rowland Emmet? He was an artist and a creator of whimsical machines. If you have seen the movie Chitty Chitty Bang Bang you have seen some of his creations, intricate Victorianesque follies with spinning bits and wry humour. If they weren’t so clean and consciously self-amused, some might call them steampunk. They have assorted bits spinning and processing industriously like ants, and they have mannequins and other anthropomorphisms. 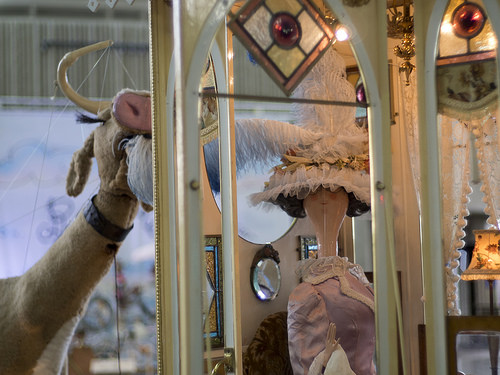 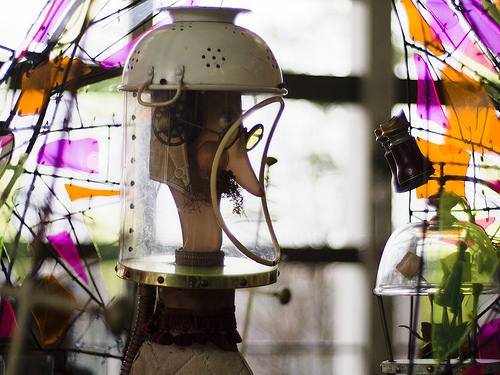 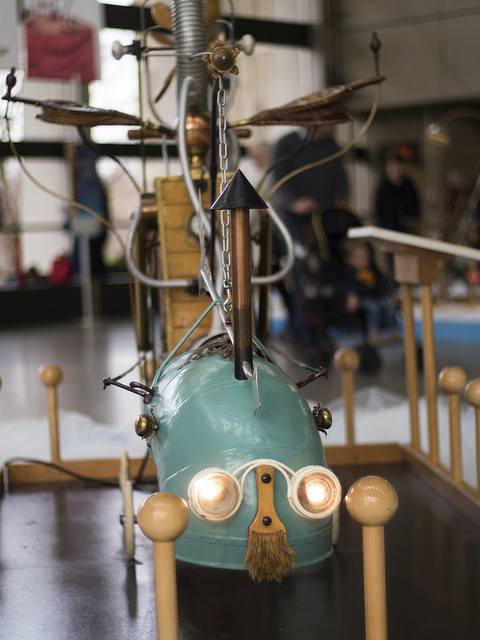 The Ontario Science Centre has a small collection of Emett’s machines. It brings them out every December. They are delightful. They are every bit as entertaining and cultured as the Emmetts I have known since my childhood, and every bit as busy as the emmets I try not to step on as they march across the sidewalk or mob an apple core. Admit it: Emett was an eminent animator. 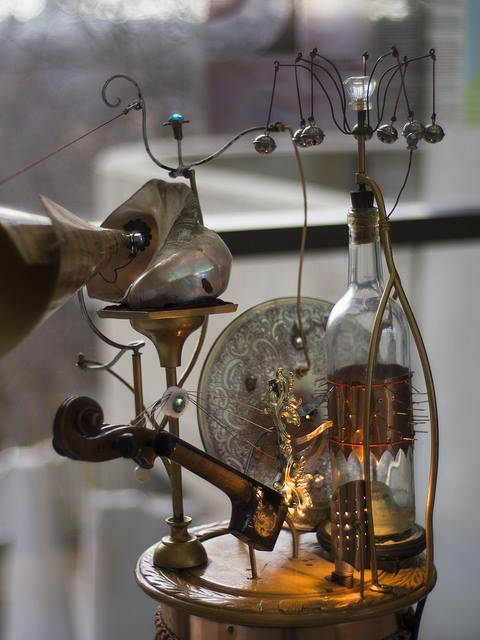