This is the thirteenth chapter of my month-long work of fiction, NOV. 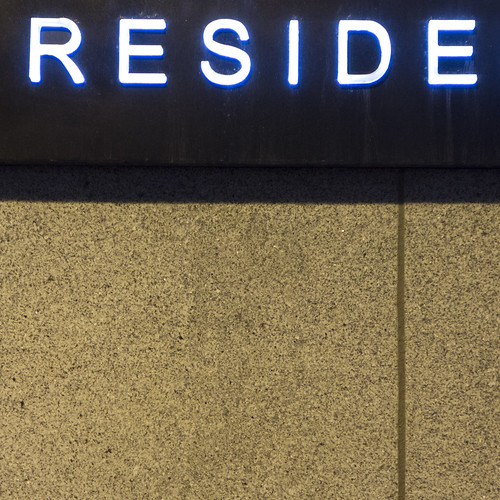 The houses along the margin of the park are pretty nice. He can see how someone as resourceful and, apparently, magical as Janet would have the means to buy a nice big place, one of these red-brick Romanesque four-storey piles. Which one? They walk along in silence on the broad sidewalk across the street from the park, every five metres punctuated by another pretty elm or maple, each ringed closely by a low wrought-iron fence, its own solipsistic parkette. They are leafy for November.

Generally the space between him and an attractive woman on a walk like this is filled with the fuzz of conversation or the silent electromagnetism of expectation, but this time he feels as if he’s in an anechoic chamber with a glowing sword-bearing bejewelled idol, ensorcelling but ambiguously beneficent or baleful.

And yet she’s just wearing teal jeans and a SPAM-coloured shirt. And walking as though everything is exactly unexceptionable.

They walk past a mid-century low-rise parallelepiped, tastefully appointed in the earliest modernism like an ad from 1952. It bears tandem glowing signs: HOTEL and RESIDENCE.

No, they don’t walk past it. She turns, opens the lobby door, walks in. He hesitates for a moment.

“I –” he says. He’s not sure what she said and he doesn’t want to misstep.

“You’re going to need someplace to sleep, and this is as good as any. Come on up.” She leads the way to the elevators. The walls are shiny and he sees a partial reflection of the sign. What is it? He pulls it apart by pairs of letters: DE, SI, RE. That’s the gap he needs to fill.

He looks at her again. Yes, that’s it. He knows it’s not a hotel named DESIRE, but he knows that he desires her. And she doesn’t even seem to be in the game.

He doesn’t want to lose control. But he’s already out of control: he still doesn’t know where he is, who he is, how to get where he lives. Resides.

He’s not going to be at work tomorrow. Today.

The elevator, he sees once they are in, has buttons for 7 floors. “Lower floors are hotel rooms,” she says, “and upper ones are residences.” She presses 4.

Should he ask which she’s in? Maybe that would be rude. The elevator door closes and he’s alone in it with her, surrounded by mirrors. There’s a six-inch difference in their heights, so he’s looking downwards at her. She can see him looking her over and she appears to take it in as redundant information. Does she sense the intensity of his attraction? She may be the most apparently unflappable person he’s ever met.

The elevator releases them on the fourth floor and she leads him to a unit halfway down the hall. The door opens with a normal key, which she pulls from the small pocket on the front right of her pants. The apartment, he sees once she switches on the lights, is very nice, clean, parquet floors, Scandinavian modernist blonde wood furniture, walls covered with art, a shelf against one wall mostly full of books – some large-format hardcovers and some smaller, like textbooks and reference books. Unexpectedly, across from the sofa there is an actual fireplace in flat black marble, sitting cool and dark.

She takes off her shoes. He does likewise.

“I want a glass of wine,” Janet says, heading to a sideboard. “You?”

“Sure,” he says, wandering over to the bookcase for a closer look. The large spines bear names of artists and a few titles of collections; the smaller ones include texts on math, physics, linguistics.

He must have her.

And do what with her when he does?

But where can he even start? She’s holding all the cards. He doesn’t even know what kind of deck it is.

Cards. What about one. He hasn’t forgotten one, and any, and Spoiler and the game. He’s left, but every act of leaving is an act of th—, stealing, theft! dammit, because you take some of it and keep it with you, and your absence is felt.

One was fun. One was fascinating. But one was a game. This is something else.

Or nothing at all.

One of the book spines says simply Binary. There it is. Ones and zeroes, and with them you can describe and construct whole worlds. You need both the nothing and the something. And yet as much binary as you use, as many decimal places and exponents as you put it to, analogue still has more resolution. You can’t even write binary without using a curve that defeats binary and decimals entirely: how do you describe 0 without pi, irrational pi?

She comes over with two glasses of something red, holding each by the stem, and hands him one. He takes it from her with a casually deliberate brushing of fingers.

“Can I be frank with you?” she says, turning and walking over to the sofa. “I mean,” she says, sitting down, “you’re Frank, but…” She pats the spot next to her.

“I’m not, though,” he says. “That’s not my name. Not actually.” He comes over and sits down, angled towards her.

“So you don’t know who you are either.”

“Of course I know who I am. I just don’t know what my name used to be.”

“And you don’t know how to get back.”

Frank frowns. He needs to get back – his whole life is back there, his job, his words, his games, his money, his season tickets, his social circle – but right now he needs something more immediate. Someone. No, some Janet.

By old reflex, he swirls and sniffs the wine. And is surprised: it’s very good. Leather, tobacco, chocolate, faint hints of mint, raspberry jam… is this a good Bordeaux? He sips it and swishes it in his mouth and it doesn’t say it’s not.

Janet is amused. “Do you just do that to impress the girls?”

“Oh,” he says, turning his eyes back to her. “Sorry. No, I always do it. It’s like signalling a turn even when there’s no one else on the road.”

“I like wine tasting,” she says. “It’s like being the God of Genesis. The aroma and taste are an undifferentiated mass, formless and void, and you divide them into things, and name them, and instead of one mass you have chocolate, tobacco, leather, dark fruit, wet gravel, smoke, ink, sweat, lilacs… the longer you go the more things there are. It’s an act of creation. We create things by naming them. Or delineating them with paint or graphite. Or caging them in numbers.”

He is staring at her. She has more layers than this wine. Finally he says “…”

“Well, you create things.” Like that gun, he means.

She knows what he means. “No, they’re already there; I just turn reality. Like going around a corner.”

“I can’t do it. All I can do is lose control of my letters.”

“I’m sure you have something more you can do. You just haven’t figured it out yet.”

“I do have many things I can do… Not exactly… paranormal…” Their knees are almost touching, and he pats his toes on top of hers lightly.

“This is what I was going to tell you,” she says, smiling ambiguously. “I don’t move quickly. I like to take my time. I think I have a lot of it. I like to experience everything like I experience wine and art and math and words: slowly discovering more, gradually moving deeper, peeling off layers. One at a time.” She has a drink of her wine, languidly scratches her clavicle. She’s not setting a challenge before him. She’s presenting a fact as simple and ineluctable as numbers on a page.

He smiles. He knows there is no game. So he doesn’t have to try. He sips his wine again. So good. “Bordeaux?”

He tips up his glass and swallows the rest. “Ex–Pomerol,” he says, setting it gently on the table. “O, explore me. One layer at a time.”

She sets her glass down, reaches an arm around his neck, and gives him one very slow, soft, tender, half-dry kiss on the mouth. Then she sits back. “I work in the morning.” She picks up her glass and stands up. “Heh. He he.” She leans, picks up his glass, takes both back to the sideboard. “Your bedroom is there, next to the bathroom,” she says, nodding up towards it. “I’ll see you in the morning.” And she walks away in the other direction. A door goes click.

This entry was posted in NOV and tagged NaNoWriMo, NOV, RESIDE. Bookmark the permalink.