This is the twenty-first and final chapter of my month-long work of fiction, NOV. 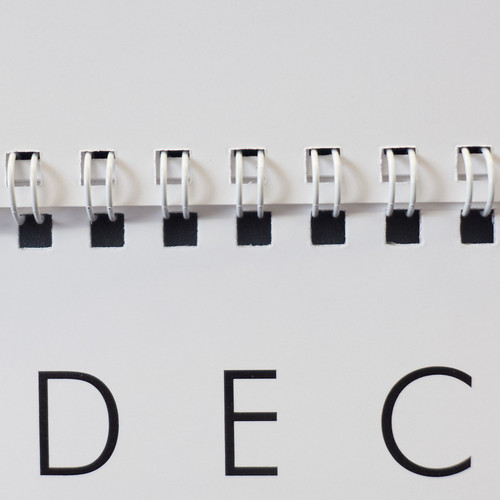 “You don’t own that restaurant.”

Janet laughs. “Do you think I own everything? Just a few things.”

They’re walking back from dinner. The evening has gone well. They won’t run out of things to talk about, but he already feels comfortable when there’s silence. The goodness of fit unnerves him slightly. He has had little gapping, no involuntary anagramming. She has done no magic (that he has seen). It seems so… normal.

The weather is cooling off a bit. He’s glad of the jacket.

They pass a flower shop. It’s closed at this hour. “I should have gotten you flowers,” he says.

“You already have what I want,” she says.

“Two lips?” he says, making an old pun. Then he stops, looks modestly confused for a moment, frown blink blink, and reaches inside his jacket. And pulls out a small bunch of tulips. Looks at them for a moment, half-laughs. Holds them out to her. Shakes his head in amazement.

“I have two more lips for you.”

He looks ahead. “Speaking of which.”

Half a block away, one and any are walking out of Janet’s building and getting into a cab.

“Oh, we’ve just missed them,” he says. “I guess they stopped by to visit?”

Janet looks at him. “They live in the building. Fifth floor.”

They continue into the building, up the elevator. He unlocks the door – he’s still the one with the key. She kicks her red pumps off and she’s barefoot. He closes the door and removes his shoes, and he’s in sock feet. He tosses his jacket on the couch. She goes to the kitchen, puts the tulips in a small vase with water, sets them on the table. He walks towards the sideboard.

“Let’s take it up a level. Or down, if you prefer.” She rinses two tumblers with water so there’s just a little clinging to them, comes over and pulls up a bottle of Laphraoig and pours two fingers into each.

“Smoky,” he says, taking his glass. Laphroaig smells like the distillery burned down while they were making it.

She clinks her glass against his, touching fingers lightly as she does. “Where there’s smoke there’s fire.” She drinks a little. “Take off your socks.”

He pulls his socks off, steadying himself against the sideboard as he does, and tosses them to the sofa, and misses.

“Now we’re even,” she says. “Three items each.” She nods up towards the fireplace, which is cool and dark. “Let’s sit.”

“I think we will soon enough.” She sits down cross-legged on the floor. “You ask first this time.”

He sits, not as easily: he’s not very flexible. He’s about to ask her how much she owns, but he decides that might sound greedy. “When was the last time you had a fire here?”

“That’s such a softball!” she says. “Are you eager to get undressed? I light a fire in the fireplace when I have company in the winter. So… I guess about nine months ago or so.”

“Figuratively,” he says, shirt still on.

“Ah.” She purses her lips, looks up and to the left, thinking. Is she looking at the bookshelf? No, just abstracted. She looks at him again. “Small fires every now and then. Nothing that lasted more than an evening. Last one months ago. The last real fire… I told you yesterday.”

He takes off his shirt, tosses it to the sofa. It lands hanging half off the front of the seat cushion.

He makes a timid, slightly shameful smile. “Last week. But that was a little spark. We haven’t talked since. The last three-alarm blaze was…” and now he’s looking up left to think, and she’s already standing, waiting… “two years ago?” He looks at her. “Also no longer in contact.”

“Unzip me,” she says. He stands in front of her, against her, reaches around, unzips the back, steps back. She lets the dress fall, kicks it aside. She’s wearing a plain brassiere, faded red but not fancy, and red underpants, not fancy. She looks steadily at him and sits back down.

“You managed a bookstore,” he says, sitting down. “But you’re obviously very educated.”

“Most people who work in good bookstores are. It’s not their career choice, but that’s where following your bliss gets you sometimes.”

“What were you going to be?”

She laughs. “Probably a bookstore manager for life! I had a double major in art history and math. If you don’t have a lot of money to start with, it’s hard to get anywhere interesting in art, unless you like working the desk in a gallery. And the math was for fun, not for being an accountant.”

He looks up at the bookshelf, at the collected art and math books. “Some of those you brought with you, right?”

She half-looks up towards the shelf, then back at him. “Yeah, a few. I was, uh… I wasn’t really reshelving them. I was borrowing them. Heh heh he he.”

He stands up, removes his pants, almost trips and falls while doing so, finally has them on the floor and kicks them over near her dress. And sits down with a bit of a thump, now just in his jocks.

“You ever steal anything?” she asks, and drinks a bit more Scotch.

“Aside from hearts, glances, and office supplies?” he says. “Not that I can think of. I’ve made lots of ill-gotten money, but it was all perfectly legal. Expected, even. How to lie by not lying but not telling all the truth. Leaving blanks that they’ll fill in as they want.”

“And if you have a reason?”

“How many questions do I have to answer for that bra?” he says. He pauses and then drinks some Scotch for punctuation.

She slowly… as slowly as one can, given the nature of the thing… removes her brassiere. Holds it high off to the right side between two fingers. Lets it drop.

One layer left. They are surrounded by their artificial skins.

A bit more Scotch down him. “Why do you want me?” he says. Fair question: she seems to have a lot more on the plus side of her balance sheet, emotionally, fiscally, and physically, than he does.

Her lips twitch at the corners, as though she’s trying to sort out what to say and whether it should be said that way. At last: “I feel like a candle who’s found her match.” She makes a half-chuckle: there it is, that’s all I have.

So he hooks his thumb in the elastic of the underpants, removes his last layer, off the legs and off the feet, and casts it aside. And there it is, that’s all he has: as she sees him, no worse but no better.

She looks him over, and for the first time she almost seems to blush. She looks aside. Then turns her head towards something low on the bookshelf.

She pulls out a manila envelope from between two large art books. “What’s this?” Not a challenge; just a question.

He takes a breath. “Supposedly, it’s… a… calendar I dropped. When I arrived.” She’s looking at him and he’s not sure how. “I haven’t looked. Spoiler gave it to me today.”

She has an almost wistful, almost resigned look on her face as she tilts the envelope and slides the contents into her other hand. Yes, it’s a spiral-bound calendar. It’s folded back to the page that says NOVEMBER.

She puts it on top of the envelope and hands it to him.

And, without getting up, she wiggles and scootches her underpants off. And tosses them, as nonchalantly as she can, over onto the sofa.

And there she is. No layers of protection left.

He smiles. Looks at her, sitting there scissor-legged. Not even hugging her knees to her chest. Hands pressed on the floor at her sides, leaning forward a bit, present. He looks at the calendar he’s holding. He turns the page.

The image on the top half is a painting of a candle by Gerhard Richter. On the bottom half he sees DEC—. He blinks. Blinks, blinks.

Janet leans forward, in an almost impetuous gesture, and takes the candle from the painting. She holds it up between them, smiles. The flame flutters, free.

She puts the candle back into the painting, shimmies forward until their knees are touching, reaches her right arm around him, kisses him well on the lips. Sits up and takes the calendar and closes it. The front cover displays “Nighthawks” by Edward Hopper. It says MODERN REALIST CALENDAR 2016.

Declan is looking at the text, though.

“Mister Declan Ronald Rea,” he says. And then he rem—s. He takes the calendar from her and turns it over.

On the bottom left of the back cover is written, in a hand that is not his, MISTER DECLAN RONALD REA.

The calendar was a gift… from…

A little flame leaps up from the calendar. Just inside the back.

The candle has ignited it. What?

By reflex he throws it into the fireplace. In a moment it is all flames. Janet is watching him. He is watching it. What does he see? Is it his library, his home library, on fire? Books falling off the shelves in flames, shelves crashing to the floors, throwing sparks and cinders, as he sits on this cold parquet watching from abroad?

Until there is just the two of them, skin together, looking at the remaining embers.

This entry was posted in NOV and tagged DEC, NOV. Bookmark the permalink.