This is the twentienth chapter of my month-long work of fiction, NOV. 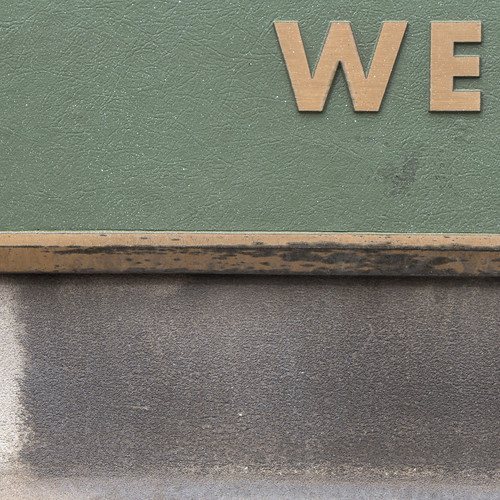 When he wakes up he has a vague headache, no surprise. He’s not sure what time it is but it’s probably not too late in the day. He gets up, opens his door to go to the bathroom

and looks across and sees Janet sitting at the kitchen table, looking at him as he emerges.

Does she know where he went last night?

But he hasn’t done anything to feel guilty about. Right?

She’s wearing a red dress. This is the first time he’s seen her wearing a dress. It has short sleeves, a scoop neck. And she’s wearing lipstick. Which she probably always does, but it’s a bit brighter today. She’s dressed up, comparatively.

She lifts a cup of coffee as a salutation. “Morning!”

“Hi,” he says. He hasn’t shaved or brushed his teeth or anything so he’s not sure if he should approach. Maybe should he get dressed?

In his pants and shirt that he left in the kitchen? Never mind.

He walks over. Janet’s smiling. That’s good. She’s looking him over. If his physique were better that would be good.

His pants and shirt aren’t where he left them anyway. Where… oh, they’re folded on a chair.

From another chair on the other side of the table, Janet tosses a pair of navy pants and a medium blue shirt to him. “I got your size from your clothes.” Pause. “He he he, you see it was all a ruse to get your clothes off so I could get your size.”

He looks at them as he holds them.

“Well, put them on. I just though you might want a change. You’ll have lots of money soon. You can pretty much name your job. …As soon as you have a name.” He’s still holding the shirt and pants. “No hurry, though. Take your time. When you’re ready. The name and the job, I mean.”

He puts on the shirt. It’s a nice dense cotton. The pants. Wool, a soft tight weave. They’re a pretty good fit, which is luck, since fitting pants generally requires trying on.

She’s holding up a single-breasted jacket to match the pants. “I had to guess your chest size. See if it fits.”

He comes over, she holds up the jacket, he slips his arms in. Shrugs it on and pulls his shirt cuffs down inside the sleeves. She stands back and looks at him. He sees that her dress goes just to the knees.

“Good,” she says. “I got a tie for you too. Let’s go out to dinner tonight. …If you want.” She looks him over some more, and then looks up at him and sweeps her hands down to display her dress. “We’ll look very sharp together.” Which is true.

“You can take them off too,” she says. “I’m sure you still have many. I do. I’m hoping we can enjoy peeling away more.” She leans forward and kisses him quickly on the lips. Then she walks – sashays, really – to the door, and puts on shoes. “The key’s in your pocket, with some walking-around money.” She opens the door, looks back. “See you this evening. …?”

“See you then,” he says, and means it. She goes out, closes the door.

He has unfinished business. Two kinds. He can’t possibly go anywhere yet, walk away from her, not without knowing more. And more. But he has to get the calendar. He wants his escape hatch. He wants to know where the door is. He’ll be much more comfortable remaining as long as he knows he can leave. Is he talking himself in gradually? Whatever.

After he has breakfast, after he takes off the shirt and jacket long enough to shave and wash up, after he gets dressed again, he heads out. As he walks around, he notices things on signs. He never seems to see, or at least remember, the whole sign, but he sees, over and over again, WE. Funny how often it shows up in street names and building signs and especially directions. WE. Is this his anchor here? Are he and Janet a we now? The thought excites him, an excitement that has a pentimento of dread.

He doesn’t need the signs. He knows where he’s going. It’s good for him that he has a good spatial memory. He knows how to get back to ART and Hopper’s, and up the street past Novelty to the inn. What’s the inn called again? But if he could think of a way of getting there without walking… Some clever anagram trick…

Here’s a little secret: Sometimes good anagrams take a long time to come up with. They don’t always happen. That special magic just isn’t always there. And it seems to require another person. As he walks, he plays around with the name Spoiler, but…

He walks past the inn, the Shipping and Fishing Inn. Hmm, no blanking on the shi repeat this time. Because he already resolved it? He continues to the edge of the forest, and stands, looking.

The woods are lovely, dark, and deep.

But he has promises to keep.

He’s about to say something.

“It’s not what you were wearing when you arrived. You think clothes from here will go back there? I don’t think so.”

“I know someone who got trapped in them. His departure was…” He pauses, brushes it away with his hand. “They anchor you.”

Spoiler nods with a little smile. “You’re not leaving with someone else’s shoes on.” Spoiler is barefoot again.

“Or my own, in this case,” he says, looking down at the pair he bought at Novelty… less than three days ago. It seems like almost a month.

“You need shoes to walk around,” Spoiler says.

Spoiler indicates his ugly suit. “It’s what I was wearing when I arrived. I keep the shoes but they’re from here.”

A thing clicks. “And you go into the forest to look for something you might have dropped.”

Spoiler nods. Then: “I do have something you dropped.”

“You didn’t need to come look for it. It would have made its way to Janet’s b—kshelf s—n enough.”

Damn. Thought it was going away.

Actually, it’s useful. Not this time, but.

“I thought Janet didn’t know about these…”

“Don’t you think she does?”

Spoiler shrugs. “Anyway, I left it at Novelty.” Starts walking back to the inn.

“Maybe another time. I’m set right now.” Spoiler waves at him as he goes in. Inside, sitting at the bar, facing away, is someone who appears to be a young woman in pajamas, wearing black shoes that are t— big for her. Men’s Rockports? Spoiler sits down next to her without looking back.

Back to Novelty, then. It’s been lovely weather but there’s a slight foreboding of frost in the air as he walks. Would it touch the woods?

He’s sure getting his daily step count. Not that he has any device counting his steps now.

He arrives at Novelty, this time not with one but alone, and pushes the door.

“I saw you go by earlier,” Noel says as he enters. “How are the shoes?”

“They’re great, thanks. I’ve been walking a lot.”

“You are looking very sharp today. Are you settling in?”

“Well…” He pauses, looks off to the side.

Noel reaches under the counter, pulls out a manila envelope. It appears to contain something not too thick, not too large, coil-bound. Like a calendar. “Frank…”

“That’s not my name, though. That was just something they were calling me.”

“Choose a name,” Noel says, pushing the envelope across the counter. “Think of this as containing a genie lamp. Maybe when you open it and rub what’s inside it sends you back where you came from. Maybe it just makes you disappear. Not all genies are nice.” He leans forward, looks down at the shoes. “Those are made for walking forward.”

“Thanks,” not-Frank says. The envelope is not sealed, he sees. But he does not open it. He keeps the flap down.

Noel gestures to him to come closer. He leans in on the counter. “Don’t leave her.”

Such pressure. But he knows that he has an opportunity.

And other possible options if that one doesn’t work out. If it ends like all his other loves.

Not-Frank straightens back up. “Thanks,” he says again. He heads for the door.

“And come play cards again!” Noel says as he exits. “We had a good time last time!”

He walks again down the street towards his apparent future. WE, says another plaque on a building. The calendar is tucked under his arm.

This entry was posted in NOV and tagged NOV, WE. Bookmark the permalink.