This name may look odd and perhaps funny to Anglophone eyes, with its rubbery double b and the quirky z, and the hints of bozo and booze. But it’s not an English word, it’s a German one, and the z is pronounced /ts/. It’s the name of a village in northern Italy.

Why would an Italian village have a German name? Because a century ago it was an Austrian village. The borders were redrawn after World War I. As with all towns in this part of Italy, it now also has an Italian name: Soprabolzano. Which looks even more superb. But both names mean the same thing: ‘over Bozen/Bolzano’. Or, I guess, ‘above Bozen/Bolzano’. It’s not exactly above Bozen (Bolzano); it’s uphill from it. Way uphill. And a little ways over (not over Bozen, over from Bozen). You can’t actually see Bozen from Oberbozen (or Bolzano from Soprabolzano).

What is Bozen/Bolzano? A city in the Italian (formerly Austrian) province of Trentino-Alto Adige (or, in German, Südtirol). On our recent lavish wine and food tour of Italy, we stopped through there and did a bit of sightseeing. We were left to our own devices for a few hours before we had to rejoin the group and go visit more wineries.

Bolzano (let’s just call it that henceforth, shall we? I could have used Bozen but I like the sound of Bolzano better) is a very attractive place for tourists once you get to the part that is attractive to tourists. There is a big square in its heart. 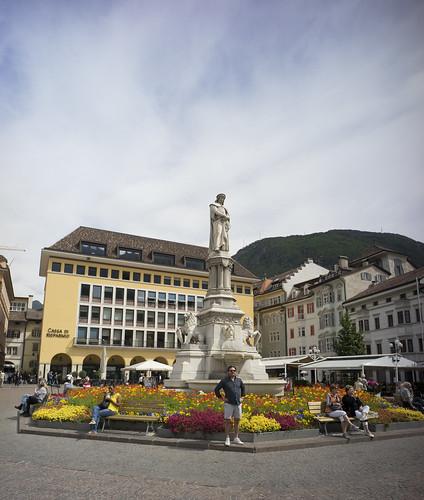 There are several blocks of cute pedestrian streets full of shops and cafés. 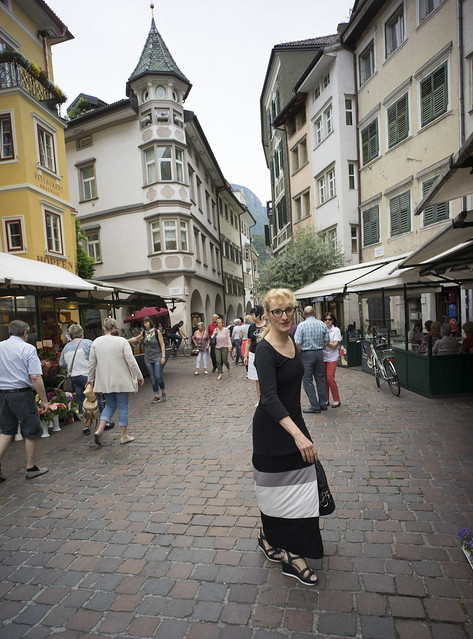 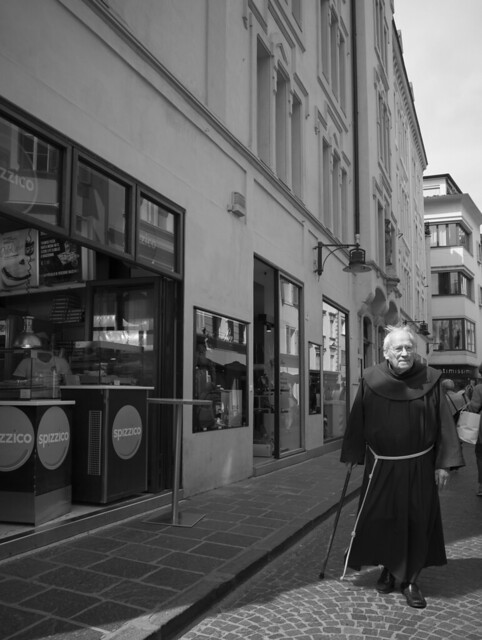 There is a musem there where you can see the more-than-5000-year-old body of the fellow now known as Ötzi. He was found by serendipitous chance by a couple, Helmut and Erika Simon, who were hiking on a high pass above the Ötztal, a valley north of Bolzano. His recovery and preservation have been a joint Italian-Austrian effort, but the place he fell and lay for five millennia was about 93 metres inside Italy. Well, not at the time; in fact, not until about a century ago. But when he was found, he was found in Italy (as a reanalysis of the borders after his finding revealed – the previous lines were on top of glaciers that were now no longer there), so the Italians get to show him off in a whole museum dedicated entirely to him and his appurtenances.

Photos are not allowed.

Never mind. You can look him up if you want to see him. He looks like a big scary doggie-chew-toy coated in whatever that stuff is they put on Krispy Kremes. Actually, in this case it’s just ice.

After Aina and I had seen him and gone for an Aperol spritz and bought a military-sized loaf of olive cheesebread, 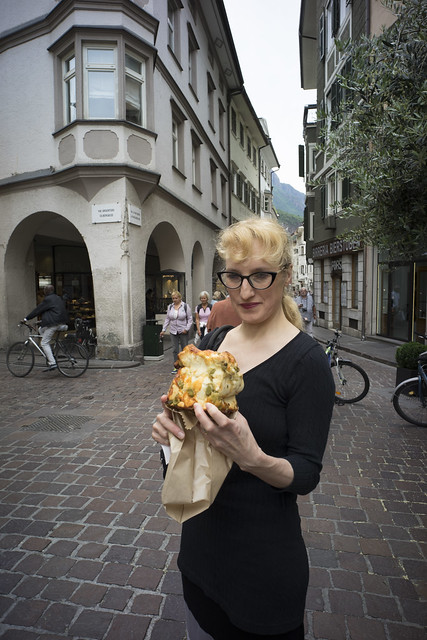 we had more time to fill.

I had a map. On the map I saw that there were three cablecars of some sort (the map indicated each as funivia and Seilbahn) that went to places high above the town. One of them, the Rittner Seilbahn (Funivia del Renon), had a base that was an easy walk from the centre of town. We walked there, bought tickets, and got on, having no idea what we would see. 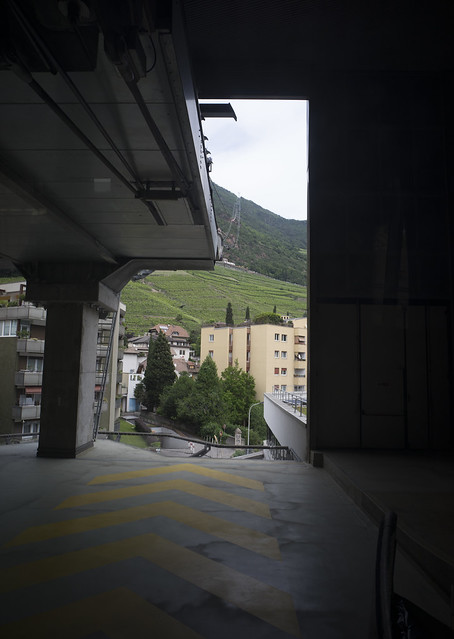 A heck of a view on the way up, for one thing. 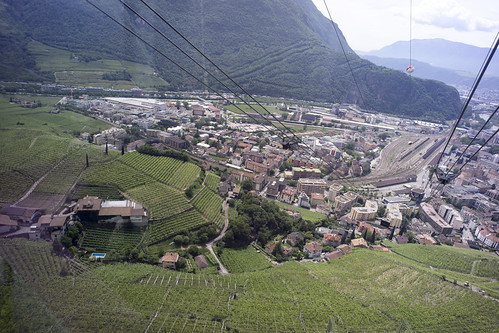 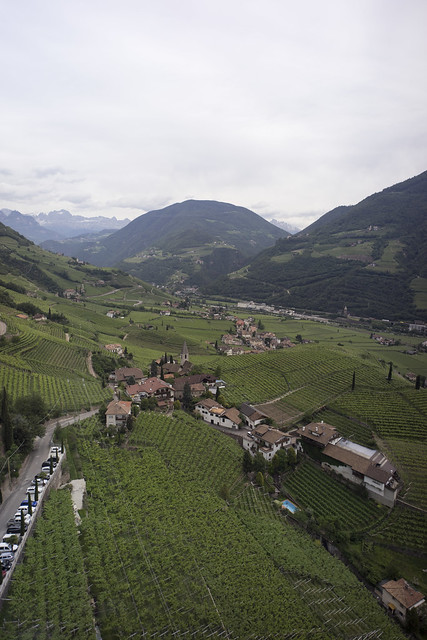 It reached a summit and then kept on going, high across an alpine valley. 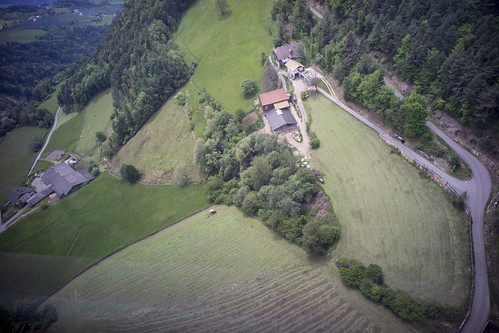 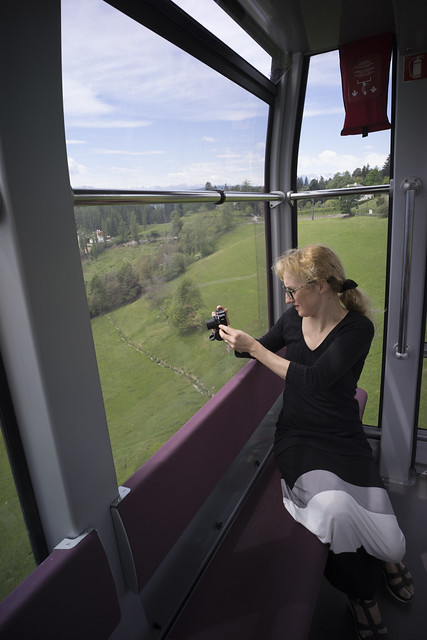 And let us off, 12 minutes after we got on and 1000 metres farther above sea level, in Oberbozen. We had found something higher, unexpected, out of sight, far above the valley.

People sat drinking beer on a patio. Hotels ringed a large open lawn. Everything looked Tyrolean. How charming. And alpine. And not at all what we had thought, when we got up that morning, that we would be seeing.

There was a church farther uphill. 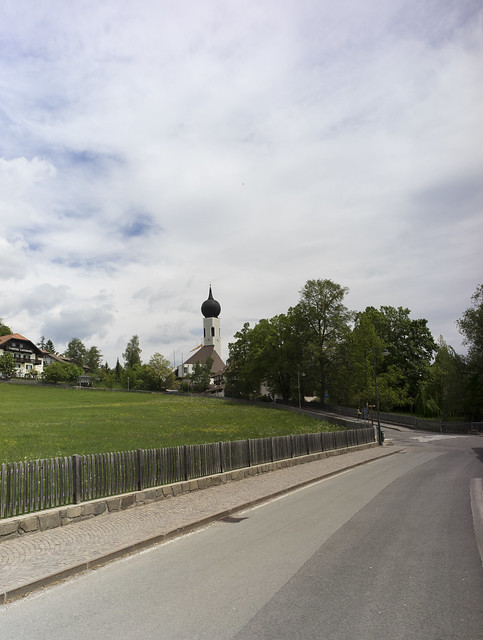 We walked up to see it. It’s a striking modernist edifice, dedicated in 1991. 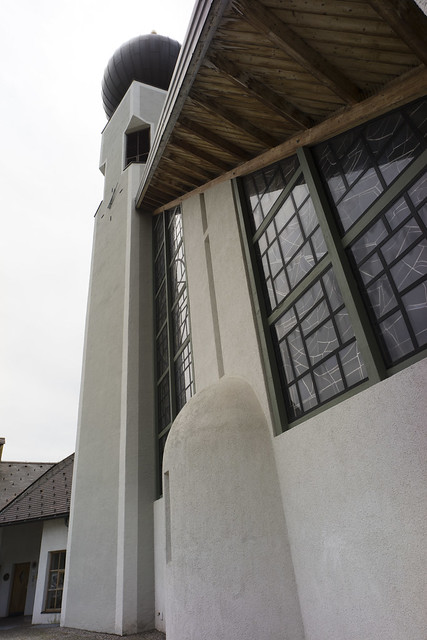 It has a statue outside it of its namesake: Blessed Rupert Mayer (1876–1945), a German priest who was outspoken for justice, a vocal opponent of Nazis and fascism. 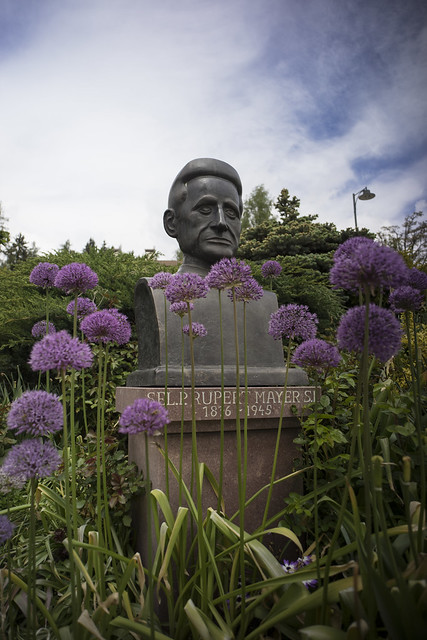 I’m not sure the statue does him justice, but the building does. (Ötzi gets just ice, but Rupert Mayer gets justice.)

And the door was open. 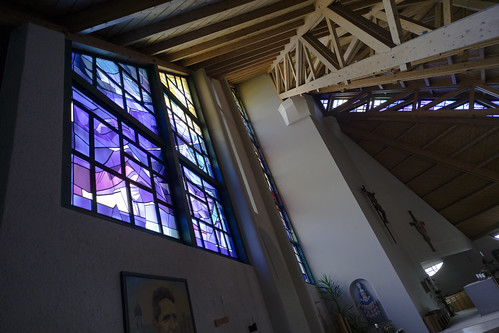