How much is too much? When can you hold no more, when are you sated, satisfied, saturated?

In chemistry, it’s not such a hard question. Any substance that can dissolve in another substance will have a saturation point for any given temperature, above which no more can be dissolved, and that’s that. When the weather person tells you the humidity, it’s always in percentages, and 100% would be full saturation: any more moisture entering the air would not be able to stay in it for even a moment; it would condense or precipitate. When air is colder, it can hold less moisture, so the relative humidity is higher on cold days even though it doesn’t feel all that humid.

In other things, however, it is a more flexible concept. We talk about media saturation, or about reaching a saturation point in our use of technology or any other thing we figure we could reach a maximum tolerable level of. We’re often wrong – we have yet (as a society) to reach a social-media saturation, for instance, or for that matter any kind of technology saturation – and even when we’re right, it’s very hard to judge, and it changes. When has everybody had enough of this or that famous person?

Socially, any given person may have a particular saturation point, too. I know that if I’m at a party, once it passes a certain number of people, I find myself becoming a wallflower or finding a less populated room. It’s paradoxical: in chemistry, the thing that there is too much of precipitates out; socially, by contrast, the person who gets too much precipitates out.

Saturation comes from Latin saturare, which comes from satur ‘full’, which is related to satis ‘enough’. So sate and satisfy really are related to saturate. There may be things you’re sure you just can’t get enough of, but you’re probably wrong – although you may never get enough of them to find out how much is too much. I once remarked to a roommate that there was no such thing as too much basil in a pasta sauce, and whaddya know, he proved me wrong. Oh boy did he put a lot of basil in that sauce. Wow.

I think the use of saturate in publishing and photography gives a nice illustration – literally. It referred originally to the purity of an ink – the more saturated, the less diluted with black or white (and the richer in the intended colour). In other words, more saturated colours are purer, more intense.

But what inks are you using? Today, when we do so much on screen, our “inks” are pixels of red, green, and blue. So saturation these days means how little mixing of other colours in with the colour at hand, and how bright that colour is too. While this is in one sense paradoxical (since saturation in chemistry is a question of increasing mixture), your eyes will tell you that this saturation is indeed saturation: an increasing intensity, like sugar in a beverage or humidity in the air.

When you adjust the saturation on an image in Adobe Photoshop, Lightroom, or Image Ready (or some non-Adobe product), you can go down to 0% or up to 100%. But that 100% isn’t truly the maximum. You can take the resulting image and increase the saturation even again. You could iterate this quite a few times to get a saturation that would be several hundred percent – chemically impossible, but this isn’t chemistry.

Here’s an old barn in Niagara-on-the-Lake, Ontario. This is the original, with no adjustment of the saturation. 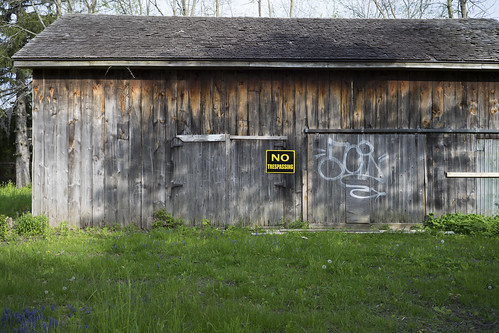 If I reduce the saturation by 25%, you can see that the colours are less intense. They are, in fact, more evened out between the three colours that make up your screen. It may look a little “older,” because films of times past were not always quite so vivid, and because prints tend to lose their vividness over time. 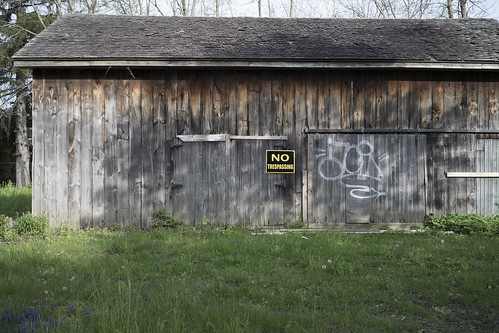 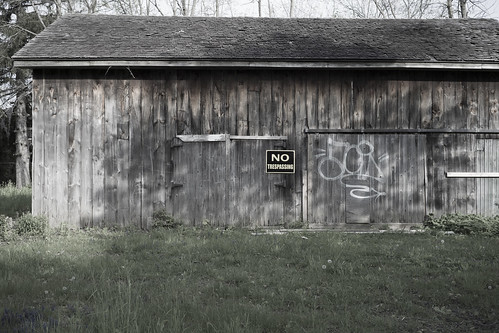 It looks almost black and white, doesn’t it? You can barely discern the green of the grass. If you desaturate fully, you get a black-and-white image (there can be more to a good B&W conversion than that, but I don’t want to glaze your eyes here).

Now let’s increase the saturation. If I push the slider up to 100% increase, you can see that the grass and barn and everything are very vivid. 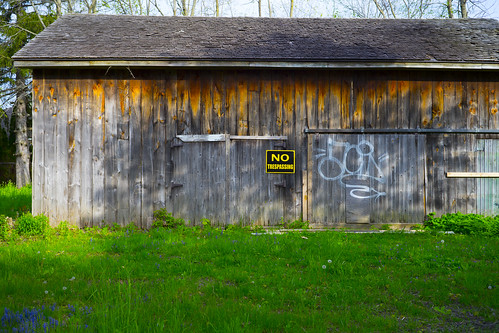 This is a popular thing to do these days. Look at your Facebook news feed and you’ll probably see some “amazing!” photos that have had the saturation cranked way up. It’s like adding sugar to a sauce. The focus groups love it. It just seems so… wow.

But why stop there? Do those colours look like pure red, green, or blue? I think not. Let’s add another 50% (which we do by taking the 100% saturated image and treating it as the base for increasing saturation). 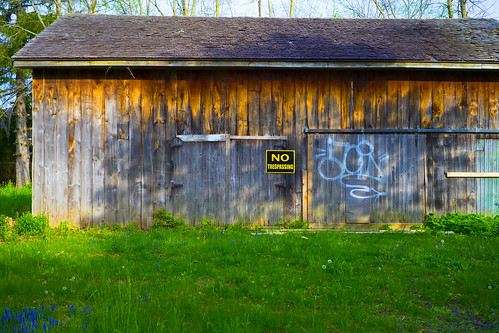 That graffiti is beginning to be pretty colourful, isn’t it? But wait: what about that old wood? It still looks grey. We have already learned that grey is what you get when you desaturate. I bet that the grey of that barn is not perfectly balanced between red, green, and blue. If we crank up the saturation even more, whichever colour it tilts slightly towards will come out in full force. Here, let’s increase the saturation another 100% on top of the last image, to make it 300% from the original. 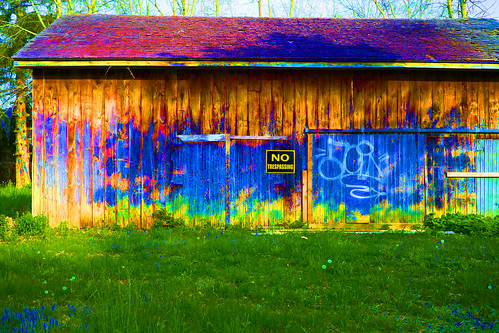 Whaddya think? LSD vision, pipe dream, nightmare, or “mind=blown” Instagram filter? You still see the darks and lights – relative lightness is a separate matter from saturation – so you can still see that it’s a barn. But all of a sudden it looks, um, tie-dyed or something.