I wasn’t going to do another one from the bookshelf tonight – one a week is enough. But sometimes enough is not enow, and one who floats on the waves of words and images must live in the now. And so, in my jammies, with a glass of wine, on the carpet of my library, I pull from the shelf a book as yellow and foxy in the pages as the library lighting. 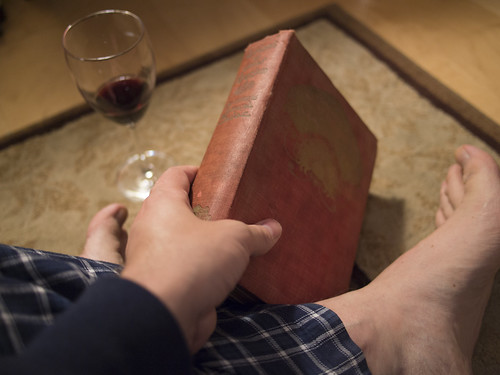 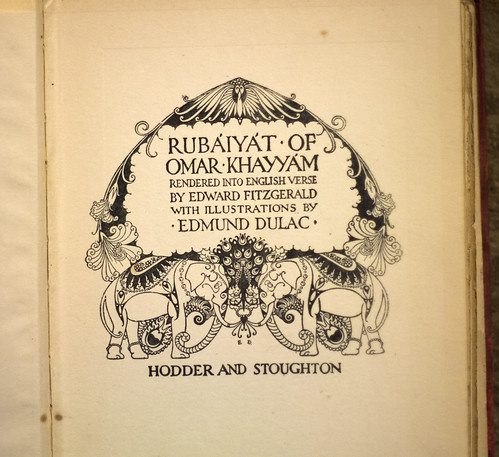 The Rubaiyat of Omar Khayyam, in Edward Fitzgerald’s famous English translation, with illustrations by Edmund Dulac.

Look at these lovely pictures, each on its own separate plate complete with onionskin veil to protect it. 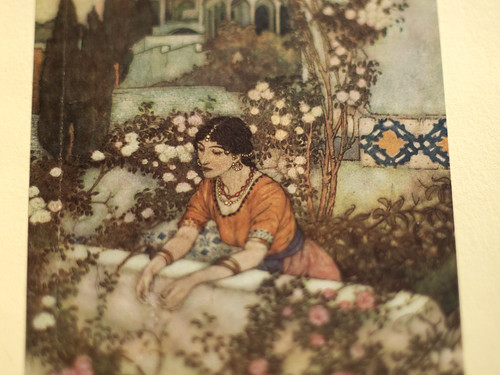 The yearning lass looks rather like Meryl Davis, methinks. 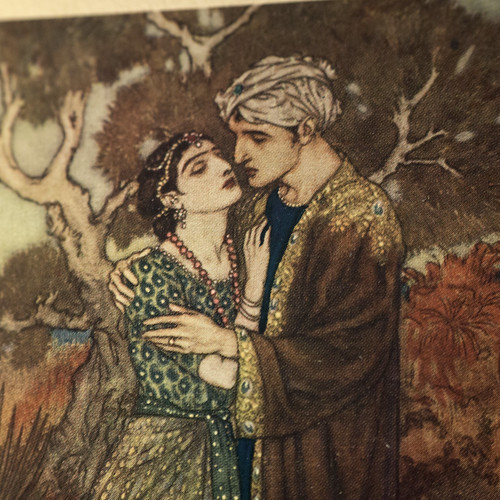 No, these are paintings of Persian love and longing, in a European vision. But their European provenance does not make them un-Persian. The poetry, at least, is part of the Persian dispersion. It is a volume of ruba’iyat, which is the plural of ruba’i. The ruba’i is a Persian quatrain form. The rules are that lines 1, 2, and 4 must rhyme, and that the fourth line must be a high, strong, deep completion of the meaning. There is also expected meter. Fitzgerald has gamely preserved the poetic form in his translation. Number XI is a poem that may seem familiar. 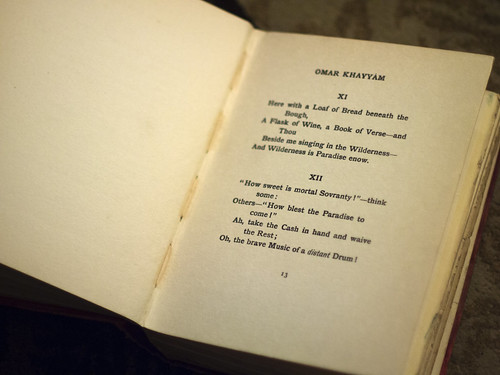 Does it seem familiar yet somehow not right? Let us try that again. 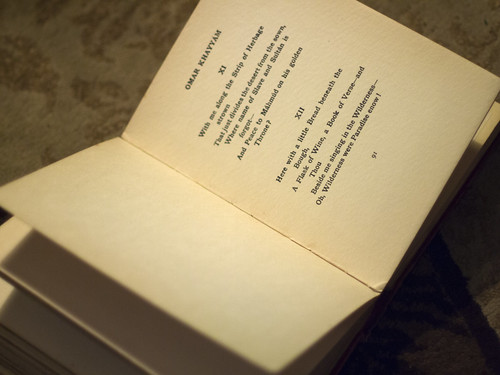 The volume I own, you see, contains editions 1 and 2 of Fitzgerald’s translation. The second edition is different from the first – a whole new essay at the matter, even renumbered. Apparently one was not enough. Are two enow? 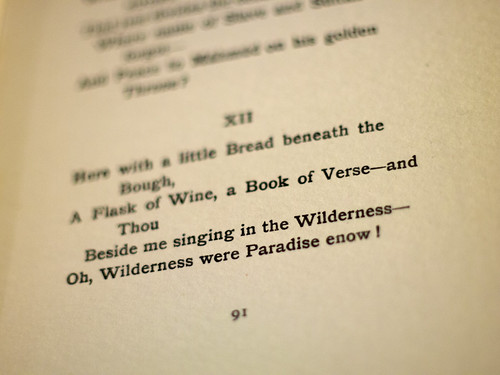 That is a precious word, isn’t it? Simply a rhyming mutation of enough?

In fact not. Enow, Doctor Johnson explained to us, is the plural of enough.

Does that seem a strange thing to say? In the modern time, it may well, but English words used to have much more thorough sets of inflection. Old English genog became, over time, singular genoh but plural genoge, and those grew to Modern English enough and enow. (It makes more sense if you know that the g’s were fricatives or glides, not stops, and the h was pronounced.)

But in Modern English, once we have learned that one is enough, we take it at its word and stop, and never discover that two are enow.

Remember that, now, the next time someone tells you enough is enough. It may be so, but enow are enow, and two are better than one – especially with that bread, that flask of wine, and that book of verse.

And so there you are. There art thou. There are we. Here we are. Enow. And now?