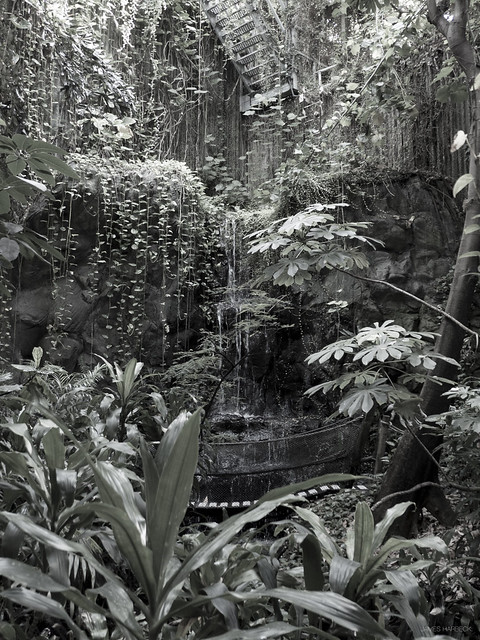 A scene utterly ridden with (as opposed to rid of) flowers, or having that general sense or quality literally or metaphorically, is called florid. What about when there aren’t many flowers but there are a whole lot of leaves and other green things?

Well, yes, there’s verdant, which is a fervent-sounding word, faintly suggesting vermin but generally with more verve and offering something covered and dancing with green, perhaps in Vernon, BC, or some place yet to be discovered. But verdant is a Latinate word, with that open-shirted v and all that. How about something Greek-derived? And to rhyme with florid?

What’s the Greek root for ‘green’? You see it in chlorophyll, which is formed from χλωρός khlóros ‘green’ and ϕύλλον fullon ‘leaf’ (note how Latin transliterated the Greek differently from how we tend to today). Yes, that chlor that also shows up in chlorine. Does it sound unpleasant? We may have bad associations with it, thanks to Clorox. But it has two lovely liquids – /l/ and /r/ – and that velar fricative in the original, so often written as ch in Gaelic and German and other languages, and when you hear it in Irish Gaelic, the language of the Emerald Isle, it sure doesn’t sound so horrid. Not that Irish uses a chlor word for ‘green’; actually, the Irish word is glas, which can also mean ‘grey’. Yes, in Ireland green and grey are thought of as the same colour. From what I’ve heard (and pictures I’ve seen), this makes sense: grey shades into green there. And many other places too.

But that is a digression. The word we are looking for is obviously chlorid. As in “I walked into a concrete-walled room dripping with mist and overgrown with plants but few flowers; it was not arid or frigid but humid and vivid, suitable for annelids and aphids and triffids, and probably also orchids, but it was not florid, simply pervasively and irrepressibly chlorid.”

But is this a word? A real word? Well, I can’t swear that anyone would understand it were you to use it. Not so many people know the sense of the chlor root. But it has been used and is in a dictionary. A dictionary: the Oxford English Dictionary. With one citation, from 1822. And that citation appears to refer to complexion or skin tint.

So a person might say “You’re looking a little greenish, lad. Positively chlorid, in fact.” Sure, that would work. But I can think of no especially good reason not to take this word made of known parts and press it into service for other green-hued things if we want. As long as we don’t mind that many readers will think it a typo for chloride and will come to a variety of inferential misadventures on that basis.

Still. Why not have another special secret word for verdant? With a different flavour and tone? A word like a special room full of green plants and rain hidden in a brutalist building? 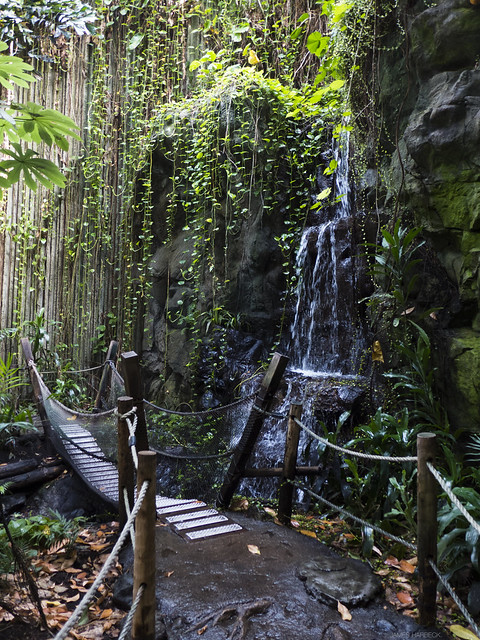