This is the third chapter of my month-long work of fiction, NOV. 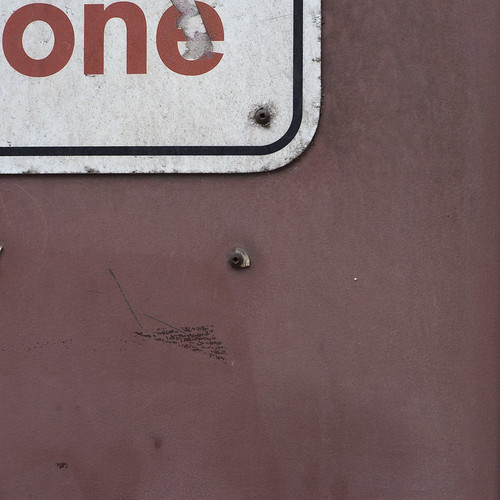 The slender fingers settle on Frank’s right shoulder, the lean arm wraps around behind his neck, and a tall, lithe body swings around and hops up onto his lap. A face in an arrangement of white base and black accents is now almost too close for Frank to focus on, and close enough for him to hear a swallow – the sausage tip – followed by a soft voice.

“He doesn’t have much m—ey,” Spoiler says.

Two shoulders in light dark crêpe shrug and no — gets off any—’s lap. “What’s your name?”

Spoiler speaks for him. “Frank.”

Frank is neither shrinking nor leering, neither flinching nor stroking, just appraising this person like a balance sheet. “What’s your name?”

The chiaroscuro sylph uncurls an index finger and holds it up: 1.

“I believe in digital enhancement,” one says.

“Well, your digits have already enhanced your diet and diminished mine,” Frank says.

“Then I owe you one.” One kisses Frank on the left cheek and hops onto the floor. Frank turns towards his food and sees no fork or knife. He looks around, and sees one handing him cutlery taken from a nearby table.

“So, Frank,” one says, hopping onto the stool to his right, “what do you do?”

Frank gives one a fuller look-over: a long, elegant figure draped in black; black-painted lips perpetually almost pursed or puckered; feline eyes, soft but quick and reckoning. One in return evaluates Frank at length: not as young and not as firm but not overripe or stale, and still as game as a grouse.

“In my business, sincerity is everything. Once you can fake that convincingly, you’re set.”

Frank holds up a piece of wurst on his fork and demonstratively eats it. “I’m just the mouth,” he says, chewing. “As you know, the food passes through the m— but ends up farther s—.”

One looks a bit more sidelong at Frank and then glances over at Spoiler. “That sounds a bit… unc—.”

“I can — oral problems and aural problems, like missing suf—es and pre—es. One is good at correcting.”

“Are you a speech therapist?” Frank says, still eating with help from what’s left of his Guinness. Frank is impressed by one’s perspicacity but wary of being toyed with. He is not used to vulnerability. Words are his slaves and he is feeling a slaves’ revolt.

“More of a number therapist, really, but one may have avocations.”

“Well, there’s no accounting for enjoyment.”

At first Frank takes this as a criticism of his narrowness. Then he processes what “number therapist” may mean: accountant.

One hell of an accountant, if so. One heck of a sales presence.

“So what do you do for fun?” Frank finally says.

“What kind of…” Frank is developing a reflex against repeating words.

Frank looks at his wrist. Of course he doesn’t have a watch on. It’s next to his wallet, wherever the hell that is now. “What time is it?”

Frank looks over at Spoiler, down at the shoes. “I have your shoes.” He looks back at one. “I need to get shoes somehow. I can’t keep these.”

“Spoiler, darling,” one says, “can you join us to the shoe store?”

“I don’t have any more money on me,” Frank says.

“And won’t until we reunite you with your effects. I’ll spot you a pair of shoes. If you let me buy you a drink and show you a game.”

Frank is a responsible person, but Frank is also an irresponsible person – the former by reflex but the latter by desire. There’s a reason he makes a living as a word sharper. Caution tells Frank that one may be looking for trouble, but there’s something Frank values more than caution, as long as it’s in controllable doses, and, as he stands up and follows one into the street, he’s about to find it. Literally.

This entry was posted in NOV and tagged NaNoWriMo, NOV, one. Bookmark the permalink.