This is the seventh chapter of my month-long work of fiction, NOV. 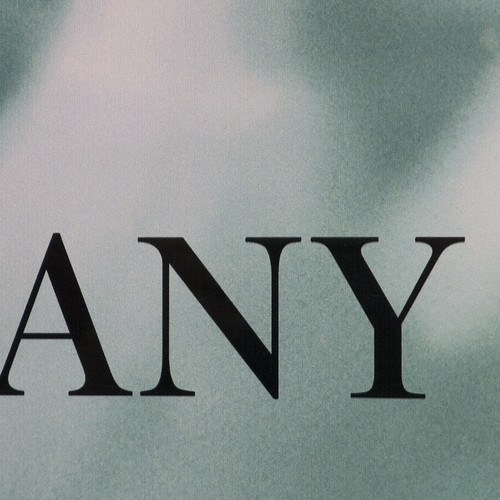 It’s the same walk back to Novelty for Frank and one, on the same street, past the same buildings darkening with the hour and with the prospects of the neighbourhood’s residents. Bars are getting brighter as stores are dimming out. Every so often there’s a light they have to stop at to let Toyotas, Hondas, Hyundais, Renaults, Dodges, Chryslers, Fords, Mitsubishis, and their mostly lone occupants go past. At one of these, one turns to Frank and puts a hand on his chest and leans him against the brick wall behind. One scans Frank closely, reading his face like instructions for assembly.

Frank looks back steadily, weighing one in ounces and grams. This is a fun game but Frank will keep some cards hidden.

“Describe me,” one says.

“What I look like. Use words.” One’s face is a handspan from Frank’s.

“Lithe; exiguous almost to the point of extenuation, but fluidly draped in quasi-diaphanous carbonaceous crêpe. Chiaroscuro. Textual and sexual, a folio from a pornographic novella. Tapered at apexes like a smoking mandrake or ginseng.”

One inhales a breath that flutters like a fresh-caught fish, then whispers out “Thank you.” Then takes Frank’s hand, turns, and crosses the street.

When they arrive at Novelty, the front store is half-dark and the door shut. One holds up a languid hand: Don’t worry. One’s fingernails rattle on the door glass. From behind the front counter Noel rises up and comes around to unlock and open and usher them in.

“You’re just in time,” Noel says, doing the bolt again behind them.

“Not m—, but —,” Noel says. They follow him across the shop to the door at the back, the one Frank heard and saw words and letters coming from three chapters ago. He opens the door and lets them through. It’s a stockroom, as you would expect, a Wall Street of cardboard boxes, with bins of polish and pegs holding laces and l—ards, but in the middle is a table covered in felt with a Tiff— lamp hanging above it, three chairs at it, all occupied, and benches ringed around it, a half dozen people on them. One of those is Spoiler. He’s wearing his shoes.

There is a card game happening. A man and a woman are facing each other playing; the third at table appears to be the dealer. This third is almost a photographic negative of one: lean, tall, elegant, with skin like textured obsidian, and lips and eye shadow and hair all in white.

Whatever they’re playing isn’t poker, isn’t baccarat. They aren’t normal cards. When Frank sits down he can see the cards a bit better: they have words on them. The players take turns laying a card down into a melee of them on the table and picking one up in turn to add to the ones they’re holding; sometimes a player lays down a set and the dealer quickly checks it, gathers it into a pile on the player’s side, and deals the player new cards. It moves quickly, almost as though there’s a penalty for delay. Both the man and the woman are blank-faced, impassive, not robotic but focused. Frank sees the man mostly from the back; he’s wearing a ball cap and a sweatshirt. Short dark hair. The woman he can see better. She’s blonde, long hair, cat’s-eye glasses, bright red lips, red silk blouse.

Within a minute the cards run out. The dealer looks up at one. “Now you’re here, how about you count them?”

One smiles, gets up, quickly sorts one pile into multiple piles, riffles each, writes a number down. Does the same for the other pile. “T—a, one hundred four. Walter, eighty-eight.”

Money changes hands between spectators. A couple of them hand some to the female player and to one.

“And who is this?” the dealer says to one, looking at Frank. “—one I should know?”

Frank stands up, reaches across to shake the dealer’s hand. The dealer gives him a tilt-headed smile and a light, dry, but vaguely electric handshake.

One continues, gesturing to the players: “T—a, Walter.” Frank shakes hands. He would be more concerned if he weren’t prone to forgetting names —way. But…

“Frank has a way with words that’s uncanny,” one says, looking sidelong at him. “No matter what word, it is his toy.”

“I’m not sure that’s true anymore,” Frank says. Anymore. Something feels like it’s fallen into place…

“Well, any can be the judge of that,” one says.

“Let’s watch a little bit,” one says, leading Frank to sit next to Spoiler. “Don’t worry, I’ll get you home soon.”

“But not anyone can run it,” Spoiler says from Frank’s other side. “Just any and one.”

“Anyone else could do it,” one says. “It would just take longer.”

“The faster money moves,” Spoiler says, “the more there is of it. Central principle of economics.”

Any has cleared the cards, drawn a new deck from a box, is shuffling it. “Place your bets,” any says, and deals five cards to each player and five face up into the middle.

Frank can see the cards Walter is holding, the words on them. Walter sorts his cards, putting two together on one side, three on the other. And then any says, “Let us begin.”

This entry was posted in NOV and tagged ANY, NaNoWriMo, NOV. Bookmark the permalink.