This is the ninth chapter of my month-long work of fiction, NOV. 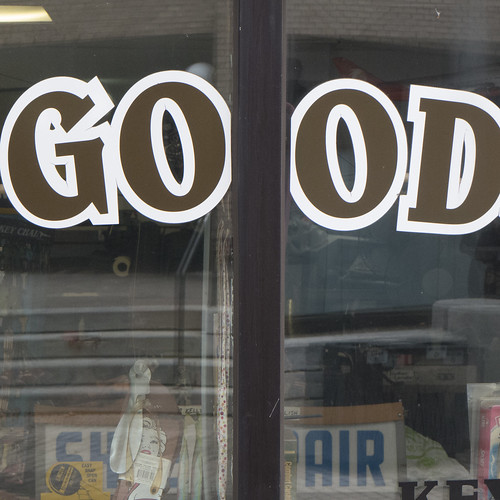 Something’s af—t. He’s g—d but he’s not perfect; his lacunae don’t ch—se where to l—k, it’s always the first thing he sees, which is not always worth the most, and sometimes it’s the second thing t— and he is sn—kered. His eyes are wide open but not under full conscious control. But it makes the game exciting, and that’s what keeps the betting going and the money flowing. He’s a useful t—l… but he’s not a f—l, not a clown, not a patsy, not a chump. He’s OK, better than OK.

And not losing, not all the time. He wins the first game by a bit of an edge; Tanya isn’t used to him yet. He loses the second by a little and the third by a little more. But he’s picking up the strategy. It’s not just finding the patterns; it’s building opportunities and openings and maintaining flexibility, and it’s limiting your opponent’s flexibility and cutting off openings. Watch: where is she looking? What kinds of things is she laying down?

He wins the fourth game. And the fifth.

Spoiler is happy. He’s seasoned: he knew to bet big at the opening to soften people up, and he was happy to rake in a couple hundred (minus house cut and player tip). Second and third games he bet less and lost less. Now he’s back up. The betting spectators are up to a dozen or so now. You’d expect it to be a noisy atmosphere with lots of cigarette smoke. But there’s no smoking in the store or the stockroom, and that includes vaping, Cyril, so you just put that back in your pocket. And the rule is quiet, as quiet as two hundred unworn shoes. It’s like a dozen inspectors watching the same two robots sorting cards. Robots that build small beads of sweat on their foreheads, glabellas, and philtrums, and occasionally smile or smirk slightly at a corner of the mouth.

They take a break after the fifth. Not a long break, just long enough for a few breaths, for a bathroom break – a one-holer down the narrow back hall, by the alley door – and for Cyril to drag his green-jeaned hipster butt into the alley and pollute his lungs with some candy-floss reek.

Frank is leaning on the wall near the back hall. Tanya has been chatting with Spoiler and some of the others. She comes over to him. “You’re new.” It’s the first real thing she has said to him.

“You play here much?”

“From time to time. It beats boxing.”

Tanya is well put together but she doesn’t look like she has enough upper body muscle to be a boxer, so maybe she’s just making a funny. Or maybe not.

“You have to bet your own money on Scrabble. I prefer to ruin other people’s lives.”

Frank doesn’t bet on Scrabble. He mostly uses it as a form of flirtation. But it doesn’t work very well for that, especially when you’re as instinctually competitive as Frank, so he mostly doesn’t play.

“If you want to find a game of Scrabble,” Tanya adds, “I know where you should go.”

“Thanks,” says Frank. “I might hold onto my cash.”

“Until you get home,” Tanya says. “Came by way of the forest?”

Frank isn’t sure if he should say yes, or lie, or ask how she knows or suspects or why she’s asking. He says “…” and just then one touches him on the shoulder en passant and says “Time.”

They go back to the table.

I’m gonna be honest here. I could recount every move in a game for you in some breathless style, but I’m not trying to anaesthetize you or kill you. I could go through one short stretch – Frank sees —ALL, WR—K, P—IOUS, two other cards, looks at the table and sees F—KLE and —ENT but Tanya takes —ENT and drops in a card with nothing and Frank sees SPOT and then sees his blanks all fill in, FRECKLE, RECALL, WRECK, PRECIOUS, and he grabs that but at the same time he looks back and sees M—R and DR— and VERN—R and the blanks seem bigger and then on seeing VAMPIRE he sees his lacuna was ACULA, so he plays just the three REC cards so he can get the ACULA set but the next time through Tanya grabs VERNACULAR and now he only has two of the five-letters and he’s not instantly spotting them anymore…

…you get the idea. All of this in silence and turn-taking and it can make for brutal reading. But he prevails, 108 to 98. And the next game he wins again. The betting is slowing down a little. Not good if someone’s on a streak; you need to keep the odds even. There’s room for a bet on how long the streak will last, but a player can always drop out and be replaced and then those bets are voided, and there’s room for betting on point spreads but that feels like a second-best option. So maybe after this next game he’ll stop. He’s pulled in a couple hundred dollars in “tips” already, and that’s enough, isn’t it? They can take a break then and maybe Frank will have a chat with one. A “chat,” perhaps. How much longer does this go, anyway? When will one take him home? Whose home will one take him to?

The cards are dealt. Tanya organizes hers. She looks up. Not at Frank. Over his shoulder, past him. Who’s there? Spoiler, and who else… She seems to nod slightly.

The game starts. It seems normal enough. On her second discard Tanya tosses in a card with TERSE, BRIEF, CONCISE, COGENT, LACONIC. On her third she tosses one right next to it with STREET, AVENUE, ROAD, ROUTE, ALLEY. She’s usually tidy but this is a bit sloppy, almost overlapping with the first card. Frank doesn’t take either of those. The next toss lands next to the other two at an angle and slightly overlapping, and the top word is RESET. Frank looks at it and the TERSE and STREET and then he sees ESTER and STEER and TREES and TESTER and the cards haven’t changed. He shakes his head and looks away for a moment, another moment. Looks at his cards and returns to play.

He still plays, still sees the gaps, but he’s shaken. He can’t really look at those three cards, so he’s limited. When he has GALLERY and MALLET he doesn’t even notice ALLEY and doesn’t take it and doesn’t build one more with the PIGALLE that lands on the table two turns later.

“Walter?” one says. Walter has been back in the corner, reading something on his smartphone. He comes back to the table. Frank gets up and goes to the back door for a breath. After a minute – tally and reckoning – one follows him.

“You’ve done very well,” one says, leaning against the wall between him and the door. One plucks at his shirt collar.

“So this is the nefarious design you had in mind for me.”

“Oh, there’s so much more fun that can be had.”

“But I have to work tomorrow. I need to get home.”

“Where’s your sense of adventure?”

“Shelved next to my sense of mortgage, for easy cross-reference.”

One sighs. Then: “You owe me for those shoes.”

“A hundred twenty.” One glances back towards the back room, stops to listen.

Frank pulls out his small wad of bills. $120 is about half of what he has. He counts it and hands it over to one.

“Thanks,” one says flatly and goes back in. Just like that. No peck on the cheek even.

Someone has left some plastic packaging on the ground, shredded. What a pig. Is that Cyril, from his vape stuff? Frank stoops down to pick it up. He’s not senselessly tidy but this is sensible: put it in the garbage where it belongs.

It has letters on it, as packages do. Fragmented words. HALE on one piece, VAPE on another, RAPPE on another, OPEN. The letters start to lean towards each other and crawl around. LEAVE, Frank sees. He sees PREPARE and OVER and LEAP and ELOPE and NOPE and PROVEN and REVEAL. And HOPPER. And again LEAVE.

He throws the pieces in the garbage. He needs to walk and breathe. Things abruptly seem both more and less black-and-white. He walks down the alley and onto the street.

Which way? This way.

This entry was posted in NOV and tagged GOOD, NaNoWriMo, NOV. Bookmark the permalink.