Hey. You wanna see something funky?

I know, I know. Funky is something you hear or something you smell. Bear with me. You can’t smell this blog, right? And if you could it would not smell funky.

What, by the way, is a funky smell? Not everyone uses the word for smells anymore. But if you do, you know it. It’s the smell like something wild crawled under your house for a long, long, long nap. It’s what you get if game farm animals take over the game farm. It’s the aroma of Normandy farmhouse cheese, or rutting badgers, or Uncle Phil after he’s been out at his hunting camp for a week. It’s earthy.

It used to be smoky. The verb funk, not really used now, meant – in the 1700s and into the 1800s – ‘blow smoke on someone’. It seems to trace back to Latin fumicare. From that we got a more general noun sense of ‘strong smell, stink’. And so something that’s funky is really… earthy. Unwashed. Down and dirty.

Which is how it got into music. In the early-to-mid 1900s, jazz musicians used funky as a term for a really down-to-earth approach. Not rarefied, delicate, pensive, airy. Nope. Getting into the dirt. Hit that bass and play some heavy lines that get you grooving down. We’re talking syncopation here that sets you grinding. By the time of James Brown in the 1960s, funky music had become funk music, a distinct style, and Stevie Wonder and Marvin Gaye – and lots of others – really made it popular everywhere.

Meanwhile, there are a couple of other apparently unrelated funks. There’s the one that means a state of depression or cowardice, as in blue funk. And there’s one that’s not used anymore, meaning ‘spark’ – its cognate is still there to see in German, and you’ll hear it in Beethoven’s 9th: Freude, schöner Götterfunken, Tochter aus Elysium – ‘Joy, beautiful spark of Gods, daughter from Elysium’.

Well, funky music is not cowardly, nope, though it can in another sense be blue. But it does have a spark. A lot of sparks. And some of them are sparking up the cigarettes and cigars being smoked in the clubs where funk is played. And some of them are coming, with smoke, from the fingers of the musicians.

I heard a lot of funky music on Friday night. Aina and I went for a walk along Queen Street East here in Toronto for the Beaches Jazz Festival. I took my ears. And my camera. And, consequently, quite a few pictures. Now you look and see. They had some funky lighting and I got a little funky with the colours too. By which I mean grooving, sparking, vibrant, and earthy. I don’t know if it captures the feel of the music or not, but man, I tried.

If you want to hear what these bands sound like, I’m telling you the name of each before the pictures so you can go to their sites and have a listen. (And click on any image to see it larger on Flickr.) 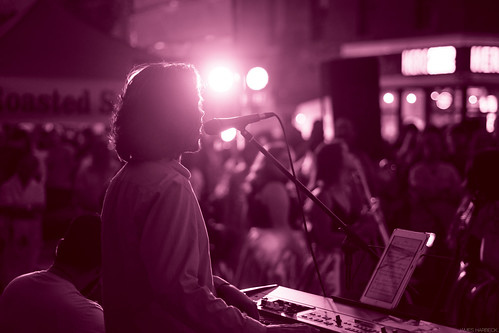 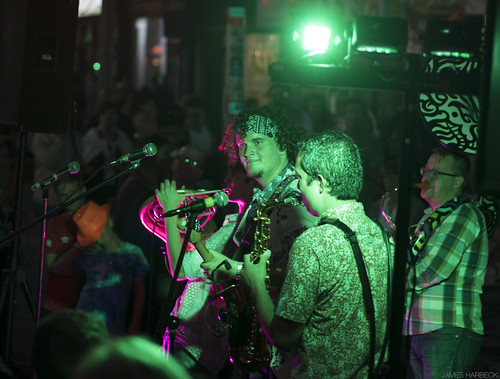 (That second one is the real-life colours, no adjustment.) 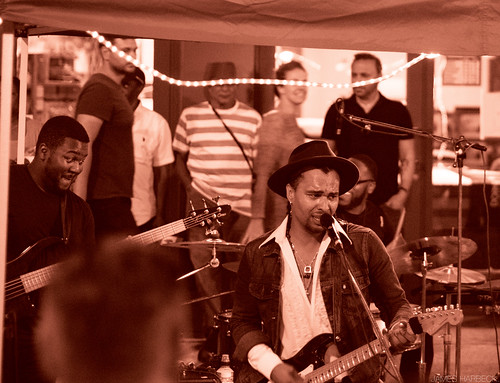 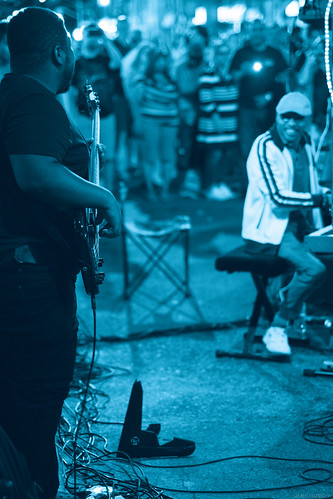 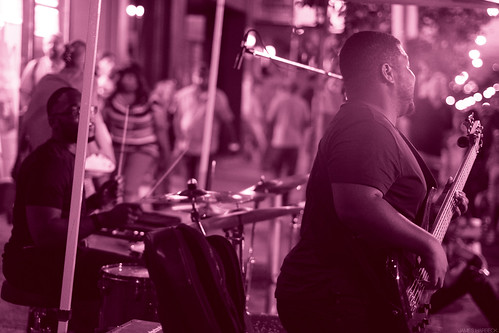 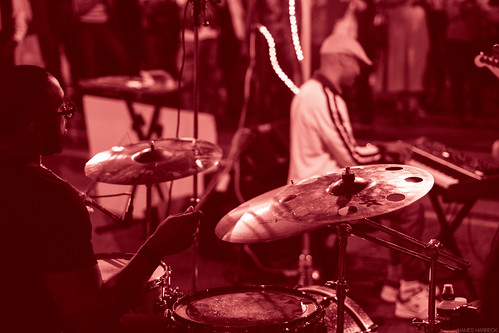 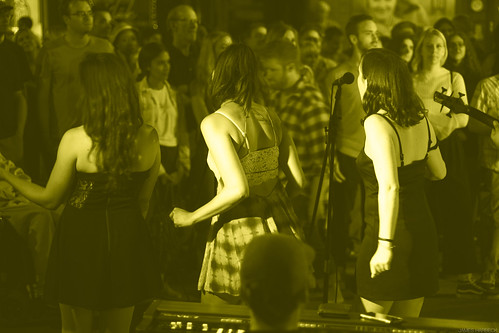 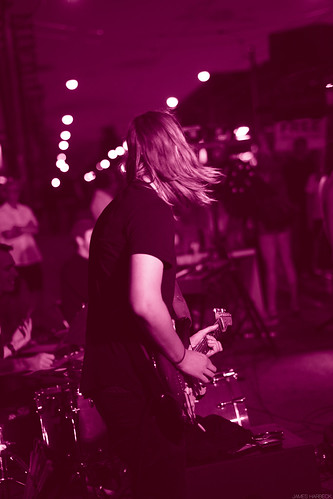 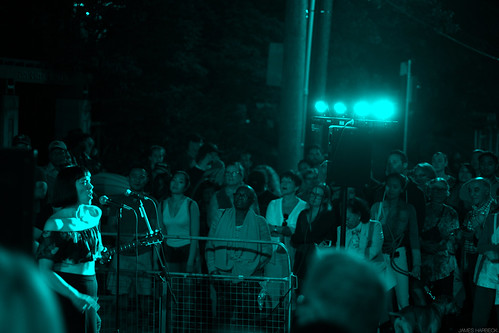 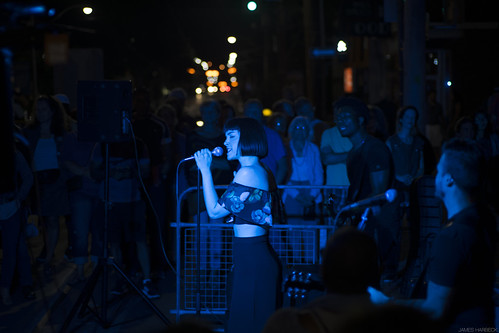