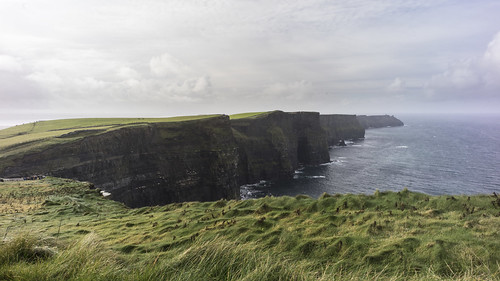 What is Moher? The mother of all cliffs – all Irish cliffs, anyway. The western edge of the emerald isle, breaking off and tumbling into the sea. Up top it may be coated with a mossy mohair of grass that has moo-ers for mowers, but the drop-off gets to 214 metres (702 feet), straight into the waters of the Atlantic. And of course someone (named O’Brien) built a stone tower on top of the highest point just to get a better view. Or to impress people. 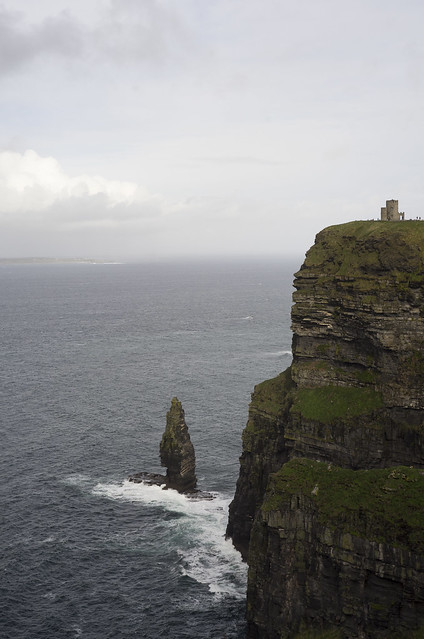 People are impressed anyway. A million and a half come each year. Probably more than a hundred thousand of them pose for a picture in the little archway at the base of that tower. 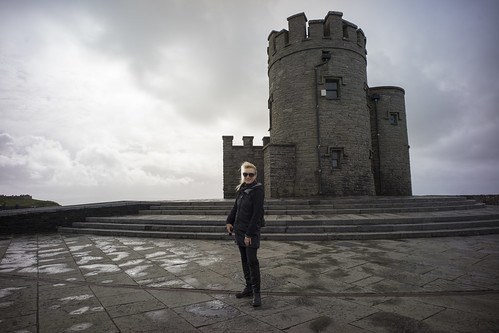 (I had to Photoshop several out of that picture.) I’m not sure how many leave ribbons or hair elastics on a bit of fence that tells people they’re on their own if they go past it. 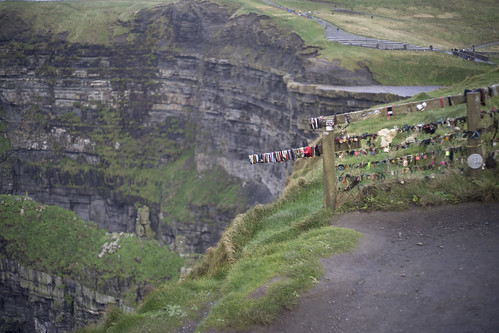 Certainly hundreds of thousands do go past the fences, and some exhibit great disregard for their own mortality and the various forces of nature, among which gravity and wind. 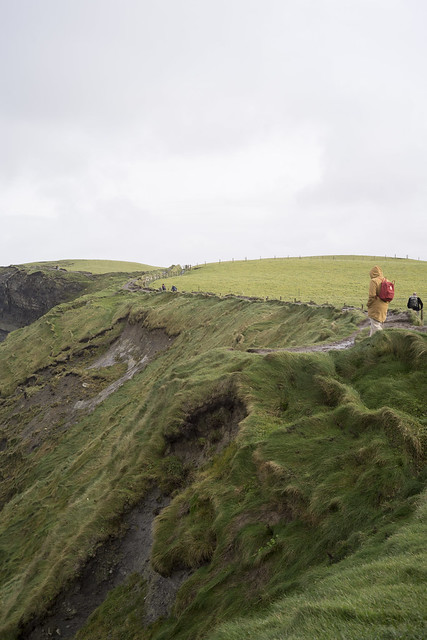 How did the cliffs get this name, Moher? It would be great if it came from máthair (pronounced like “ma her”), meaning ‘mother’, but no. They’re named after an old fort that used to stand at their southernmost end, named Mothar in Irish (the th is said as /h/ in Irish) or Moher in English. What does Mothar mean? The etymological trail kinda… drops off. Some tour companies’ sites say it means ‘ruined fort’, but I reckon it’s equally likely that whoever assembled their factoids read that it was the name for a ruined fort and thought that it was the name for any ruined fort, sort of like saying “‘Mona Lisa’ means ‘painting’.” The Irish word for an un-ruined fort is dún, so it’s not obvious why an un-dún would be mothar. (The usual word for a ruin is scrios.)

Well, whatever. That old fort (built the first century BC) is long since dilapidated and dispersed. The cliffs are still there, and they have lots of lapides to go before the waves are lapping where they once stood. 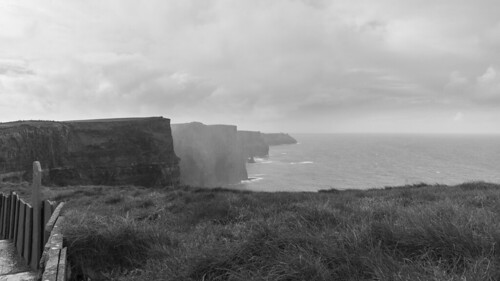 One response to “Moher”