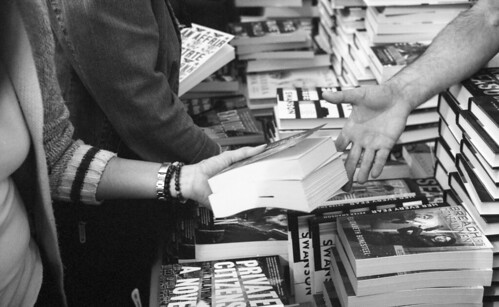 Last weekend, Word on the Street happened at Harbourfront in Toronto. The lexically lascivious and philosophically bibulous went on a spree. Many a booth had many a book and many a buyer went on many a page bender, adding liberally to their bibliographic lists without the need of fiscal phlebotomy. END_OF_DOCUMENT_TOKEN_TO_BE_REPLACED

Listen to the podcast version of this on Patreon

On an early fall early afternoon, I found myself in Barrie and at loose ends. I had come to town to give a presentation in the evening, and did not want to drive up during rush hour. The truth is that there is no non-horrid time or route to drive to Barrie, but the timing of my engagement ruled out a train or bus. I installed my car in a lot and surveyed the main drag of downtown, Dunlop Street. I soon spotted my kind of place slotted between other weather-worn storefronts: Barrie Bean Counter. END_OF_DOCUMENT_TOKEN_TO_BE_REPLACED

I filmed my latest pronunciation tip over several weeks, partly because it required some location shots that weren’t exactly walking distance and partly because reasons. It deals with something that comes up often with the names of certain places: If the “local” pronunciation “drops the R,” is that the true correct pronunciation? Also, what about when certain other letters of the name don’t get said?

(Just incidentally, this is also a little dig at certain dictionaries that give phonetic pronunciations as if they were phonological ones. I think every dictionary should have a trained phonologist on staff, or at least available freelance, as I am. 😀)

Posted on September 24, 2018 | Enter your password to view comments.

OK, you know refrain, obviously. As in refrain from doing that, meaning ‘restrain yourself from doing that’ or, in common use, ‘I’m asking you not to do that again’. And as in sing the refrain, meaning ‘sing the part that you sing over and over again’. Which therefore means that refrain from singing the refrain means ‘I’m asking you not to sing the part you sing again again’.

So the re and re in refrain from the refrain cancel each other out and leave us with frain from frain.

But what does frain mean? END_OF_DOCUMENT_TOKEN_TO_BE_REPLACED

A place in the sun. Or near the sunbeam, anyway.

Listen to this coffice space review, complete with sound effects, on Patreon

I first came to The Porch Light in mid-winter, quite by whim and serendipity. I was on King Street near Jarvis and had intended to go to a coffice space just a bit farther east on King, but the streetcar that showed up was a 502 bound for Kingston Road and I thought, What the heck. I took it to Victoria Park and then walked back west along Kingston Road until I found this coffice space a few blocks along. It was – and is – bright, sunny, generally calm and quiet. People come here to work on their computers and just sometimes to be social. END_OF_DOCUMENT_TOKEN_TO_BE_REPLACED 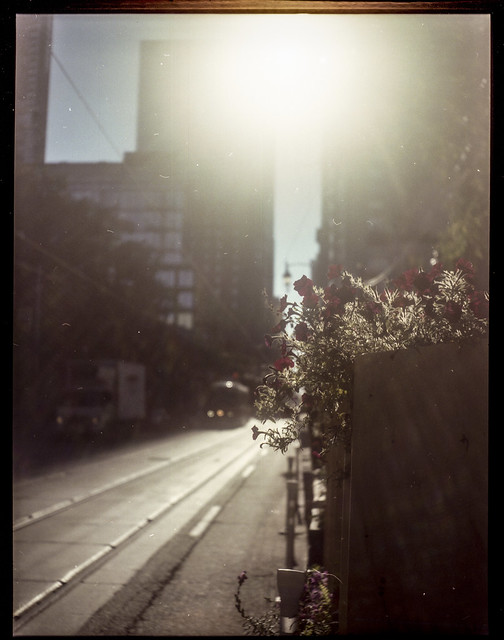 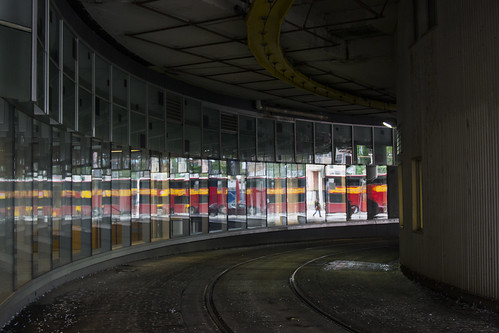 We seem to experience life as a continuum, but when we remember it, it is often more like a series of moments, glances through a window, connecting to a sequence – sometimes a sequence that just repeats itself. Life flickers by in an incessant ring, turning and turning again: a zoetrope. END_OF_DOCUMENT_TOKEN_TO_BE_REPLACED

I was chatting pleasantly on the phone with my parents when my dad asked me what I thought of the most recent action of a certain notorious politician of my region. About three minutes later, as I paused my tirade for a moment to inhale, my parents said it was getting late and they had to head off.

Well, yes, it’s a bit of a fault. I confess to being detonent. I can be quite calm and sanguine, and then something will bring to my mind the actions of someone perfectly awful, and for a short, intense time I am Thor hurling lightning bolts from on high, the environs echoing with the thunder-blasts. And then it’s back to birds chirping and a gentle breeze wafting away the smoke. END_OF_DOCUMENT_TOKEN_TO_BE_REPLACED

When They Found Out What These Words Are Supposed To Mean, He Was Bemused But She Was Nonplussed!

More often than we even tend to admit, we learn words by seeing them in context and figuring them out by what they look like they should mean, with an eye to what the context allows. This is how, for instance, internecine came to have a sense of ‘mutually destructive’: people saw inter and thought ‘between’, when in the original the inter was just an intensifier, sort of like how in English we can say through and through or up one side and down the other or right down or downright or…

But also more often than we like to admit, when we learn that a word has a traditional or original meaning that is different from how many people use it now, we like to use it as a weapon. See decimate for a sparkling example. “You idiot, don’t you know that decimate refers to a practice of killing one in ten? You use it like it means reducing to one tenth, you illiterate barbarian!”