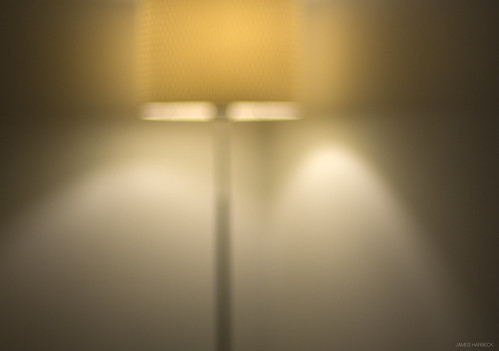 Some part of this picture is ecru. Which part depends on whom you ask. Google ecru and you’ll get an assortment of images in a variety of shades. You’ll also get a Wikipedia article that helpfully tells us the following:

In the 1930s and before, ecru was considered[by whom?] to be the same colour as the colour beige (a synonym or alias for beige), but since the 1950s ecru and beige have been regarded as two different colours.[citation needed]

We also learn this:

English clubs Liverpool F.C. and West Ham United had ecru shirts as part of their away kits in the 1996/97 season.

Be honest now: you don’t associate ecru with butch things such as team sports, do you? It’s the sort of colour that only people who have lots of names for colours have a name for. In the catalogue of J. Crew you will find ecru. But when you venture into the world of drapes and walls and lamps and, you know, design, you are expected to know the difference between bone, cream, ecru, beige, and taupe. There will be a test. Give up now: once you start down that path there is no cure for it.

No cure, but there is ecru. Ecru seems to me to be the colour of some kinds of prosciutto. Not prosciutto cotto, mind you, the cooked kind. Prosciutto crudo. “Raw” prosciutto. But of course it’s not raw. It’s cured. Is cured raw? I don’t think so, but it’s not cooked.

Why did I just go there? Because ecru comes from French écru, which means ‘raw’. And of course at the same time it has the same letters as cure but differently arranged. Why is ecru raw? Because it’s the colour of raw – unbleached – linen (that’s the flax!). Not because it’s the colour of skin “in the raw” (let us not say “in the buff” if only because buff is supposed to be a different colour again). And that’s not just a crude reference; crude – and Italian crudo, as in that prosciutto I like so well – comes, like ecru, from Latin crudus.

All this development from the same raw material! But there you have it. Even the most seemingly drab (that’s another similar colour, drab) linguistic material can accrue a lot of colour and depth over time.