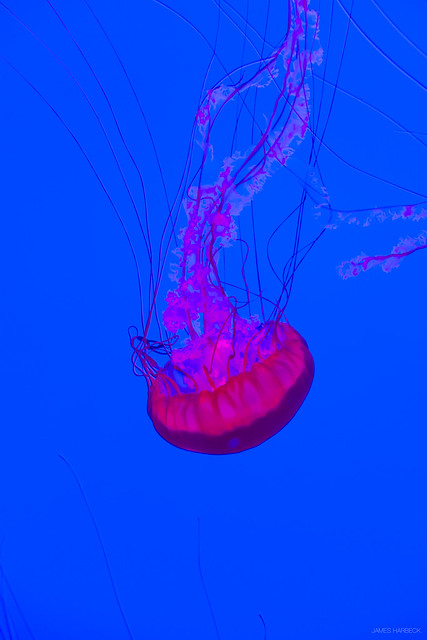 Look at that pretty thing. It has a rounded cap on it followed by a mess of attachments trailing off, pointing in various directions.

Frozen here but fluid in reality, never quite the same from one instant to the next, and, as you see it, in an engagingly backlit form, though with the contrast a bit stinging. So too the marine life form it names. There are differences, of course. For one, the critter has its sting in its tail and the meat of the subject in the cap, whereas the sting of Cnidaria is in the cap: How, exactly, do you say Cn?

The answer, for most Anglophones, is that you skip the C. You just swallow it. As to the rest, the aria is pronounced like area, and the nid can have either a “short” or a “long” i. The standard American pronunciation is like “I dare ya” with “n” before it, and if you really want to say the C, you’ll probably say Cnidaria exactly as you would say “Can I dare ya.”

Dare ya to do what, now? Hmmm… how about swallow one?

Swallow one what? Cnidarian, of course. Cnidaria is the phylum name, and cnidarian is what we call an individual member of the phylum. More commonly we call them jellyfish, but really they’re not fish – fish are vertebrates. Cnidaria is a whole separate separate set – we don’t just file ’em in another folder or another drawer; we phylum in a whole different cabinet. The Cnidaria also include sea anemones and corals: all critters with squishy bodies and stinging tentacles; some attach to things and some float freely, and some do both at different life stages.

The stinging tentacles are what give them their name. Cnidaria comes by way of Latin from Greek κνίδη knidé ‘nettle’. Nettles are hard and jellies are soft, but if you swallow jellyfish tentacles you’ll wish you had swallowed nettles. I recall reading of a marine biologist who was keeping some jellyfish tentacles in water in a bottle in the fridge, and one of his office mates came in thirsty and grabbed the first bottle of water he saw and took a big gulp. He recognized his error instantly, but too late. He was hospitalized – it was, shall we say, unpleasant. (Life lesson: Don’t drink from other people’s water bottles.) 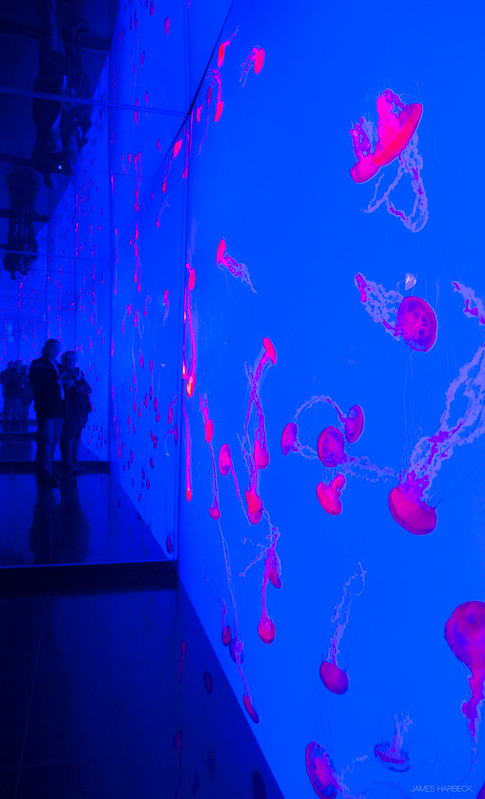 Between this and the appearance, we get a common name for the floaty things such as we see in aquaria: medusa. I have recently learned from my Finnish word-of-the-day email that the Finnish word for jellyfish is meduusa (double u because it’s a long vowel – but the stress is on the first syllable because it’s Finnish). I’m not sure why that would be a word you would need to learn early on in Finnish, but there it is (where? not in the Baltic Sea, that’s for sure). It’s obviously borrowed into Finnish. Finnish belongs to a different language phylum – it’s Finno-Ugaric, no more related to English than Navajo, Nahuatl, or Na’uruan is – but languages can borrow words. The only way you’re going to integrate a critter from another phylum into the Cnidaria is for a cnidarian to eat it.

Or we could eat the cnidarian. No, no, not the stingy tentacles. The cap. Cooked and chopped up and seasoned, it’s not so different in texture from squid, though the flavour is different and less pronounced. I had some with lunch just the other day. I quite enjoyed it. You may prefer a jelly sandwich, but I don’t mind the odd bit of jellyfish. Can I dare ya to try some?