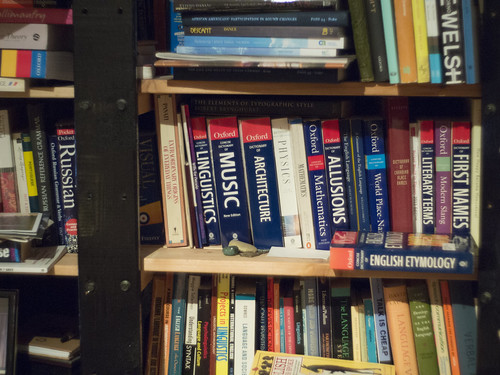 My bookshelf is a tree. It doesn’t look like a tree, no, but it’s made from trees – the wood of the shelves, the pulp that made the paper in the books – and it has many branches. Branches of knowledge, that is. There’s quite a lot on languages and linguistics, of course. There are also numerous other reference books, many of which acquired at the Oxford University Press sale that used to happen annually. It is a rich tree with many leaves (of paper) on each branch. Some branches are deceptive: on the upper right you see a novel by Irvine Welsh, not a lexicon of Welsh. Some parts of this tree are in the light, some are in the shadows… 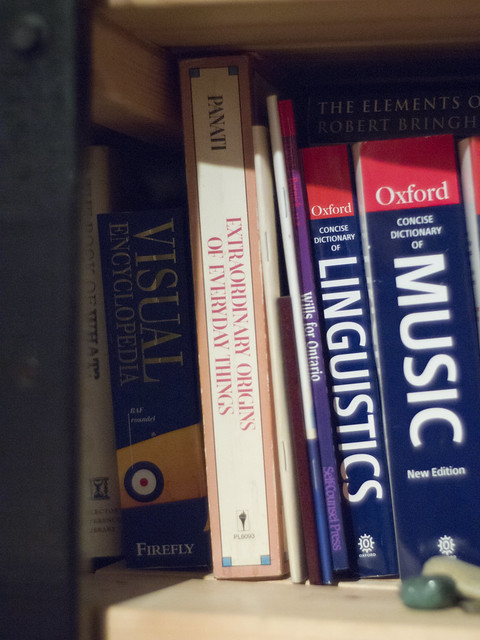 …like that book hiding back there. Visual Encyclopedia. What is that, now? 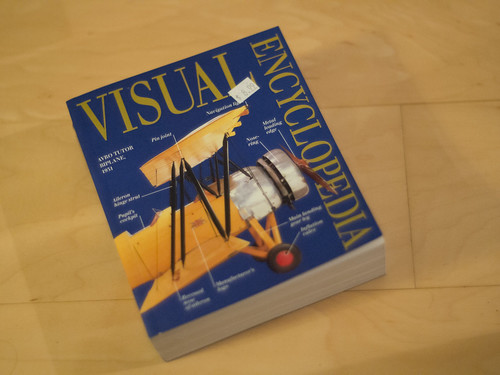 A thick book on glossy paper, richly illustrated and labelled. Its size makes it easy to hold but not so easy to hold open. 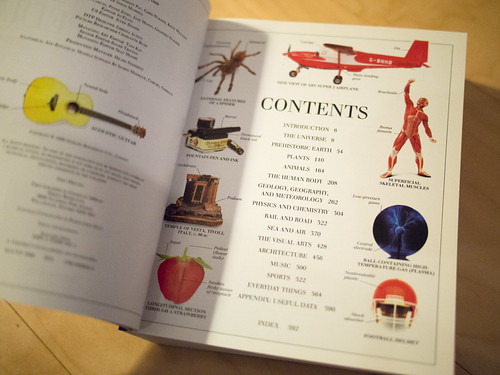 You can see that in this book are many branches. This shadowy part of my library tree is quite dense. It is in some ways a microcosm of the shelves around it with their 1200-some books (more than two for each page of this one). Let’s look at the branch of it that has branches. 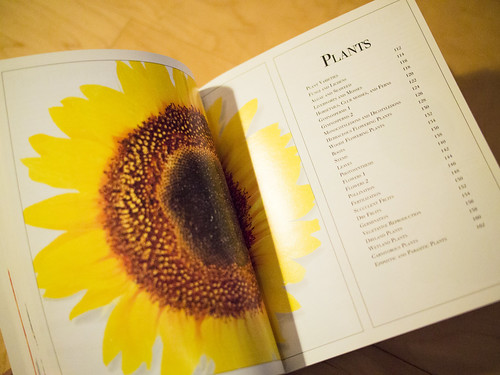 Plants! Trees and so on. They have branches. There turn out to be quite a few kinds of plants. Let’s go to the gymnosperms. 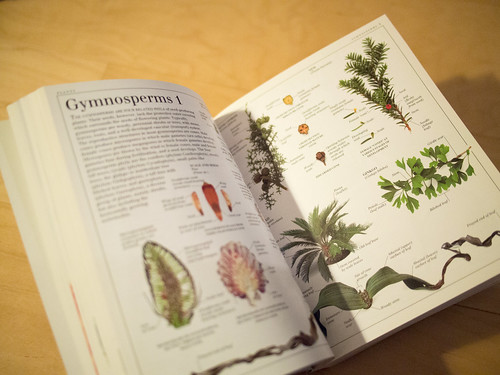 You see some seeds, of course (that’s what the gymnosperms get their name from: naked seeds). You also see some branches. Let us look at this one from the ginkgo tree, a tree that is supposedly good for the brain. (Does it make knowledge stick to your brain? I’m not sure, but if you live near one, it makes its seeds stick to your feet for a few weeks each year.) 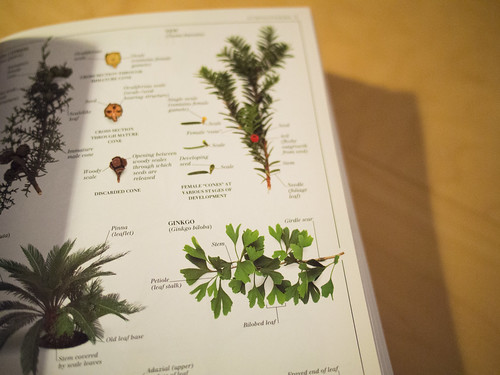 Is that a branch or a twig? When does a branch become too small to be a branch? A branch can have branches, but at some point those little branches are not quite big enough to be branches.

Well, we can draw a definite line when the material changes, anyway. A petiole is not a branch; don’t be misled by its branching. It connects a branch and a leaf – indeed, it’s the thing that connects the leaf and the stem. 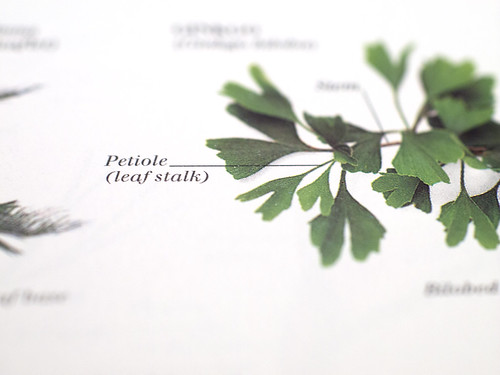 The book helpfully tells us that petiole means ‘leaf stalk’. Fine, we know leafs talk: this leaf of paper is talking to us right now.

Oh, yes, right, that’s leaves. Even though leaves talk can also mean ‘walks out on speech’. But this is not walk, it is stalk. I think we have taken a wrong branch. Well, anyway: How, in fact, do you put petiole in speech? The British style has the first syllable as like “pet”; the American style has it more like “pede” (as in centipede). But the French, who gave us the word, say the beginning like our “pate” (rhymes with spate – I don’t mean pâté) and spell the word pétiole.

It may make you think of petal. After all, it is a small branching-off part of a plant; it connects to leaves, which are similar to petals in various ways. But that is another misleading branch (though perhaps there is some cross-influence in the form). The Latin source of petiole, petiolus, most likely derives from the ped and pes root meaning ‘foot’ plus a diminutive suffix, meaning it’s related to pedal. Petal, on the other hand (or foot), comes from an unrelated Greek root for ‘spreading out’.

So. There is your knowledge: branch, twig, stem, petiole, leaf. It is true that petiole seems more erudite, perhaps more polite, or perhaps more specific – a cross between a petunia and an oriole? – but the tree doesn’t care; it’s just there. As is this sub-sub-sub-branch of knowledge we have leafed our way to today. Now we will leave it, but at least you may be relieved that, should you see petiole in future, you will twig what it is.