How can you tell a photo from a telephoto lens?

For those of my readers who are not notably enthusiastic about or well versed in photography, let me say first that any lens that is a telephoto lens is a lens with a relatively long focal length – but (and this will surprise some camera buffs too) the converse is not true.

What is focal length? Imagine looking through a cardboard tube from a toilet paper roll or a paper towel roll or a wrapping paper roll. The longer the tube is, the narrower the angle of view at the other end. Camera lenses are like that, except that whatever you see at the other end fills the whole picture, no matter how long the lens. Perspective narrows. So long lenses make far-away things look closer because they enlarge them. But they also compress perspective: buildings at different distances can look like photos stacked together.

What is long, by the way? If you’re using a 35 mm film camera (named after the width of the film, not any lens), or its digital equivalent, a “full-frame” sensor, a “normal” lens has a focal length of 40 to 50 millimetres (50 is the usual standard length). Anything shorter than that is at least a bit “wide” and anything longer than that is at least a little “long.” 85 mm is a “portrait” lens (good for taking head shots of people because their features are not distorted by perspective and because the background is blurred out a bit – oh, no, I am not going into depth of field today), and real “long” lenses start at 100 mm or so and go on quite far, increasing in price as they go (there are other factors that also increase the price and no, I’m not digressing into them today). Smaller sensors or film will have a correspondingly shorter focal length for the same angle of view, and longer ones (medium and large format) will have longer focal lengths.

I’m going to give an illustration of all this below.

Since you’re reading this, you’re probably a word buff, and that means you almost certainly recognize tele and photo. That’s tele from Greek meaning ‘far’, as seen in television, and photo from Greek meaning ‘light’ as in… oh, come on, you know as in what. If you’re a photography buff, you may well think of telephoto as another way of saying ‘long’ as in ‘long lens’ because long lenses let you see far-away things better, like a telescope. But it’s not. It’s really a way of designing a lens so that the light paths telescope in, so to speak. That is, the lens acts like it’s longer than it really is. It might be a lens with a 135 mm focal length that’s physically less than 130 mm from front to film (or sensor). Considering that focal length is nominally the distance to the back of the glass in the lens, not the front, you can see that this lens is somewhat shorter than a simple design would make it.

So if you’re in a camera store and someone’s trying to sell you a lens that’s comparatively long, and they keep calling it a telephoto lens, should you point out that not all long lenses are telephoto lenses? No, you should not. They probably know that, and anyway, nearly all modern long lenses are telephoto lenses, because why have a lens that’s physically larger than it has to be? Telephoto lens designs have been around since the late 1800s. So unless you’re buying a lens for a bellows-based camera (a large-format camera or certain medium-format cameras), the salesperson is not wrong. And what do you care about anyway? Taking pictures you like or making sure everyone knows you know the exact meaning of something?

Now. That was the words part. Here’s the photo part. I took a few photos out my bedroom window tonight with three different lenses. Here are the lenses. 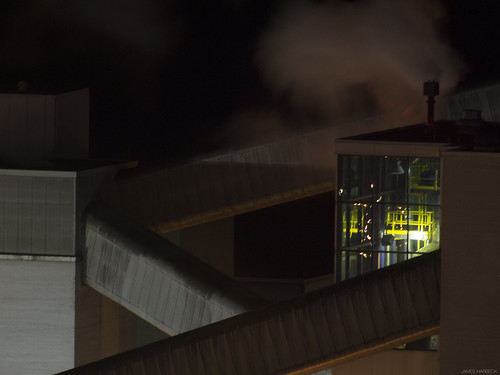 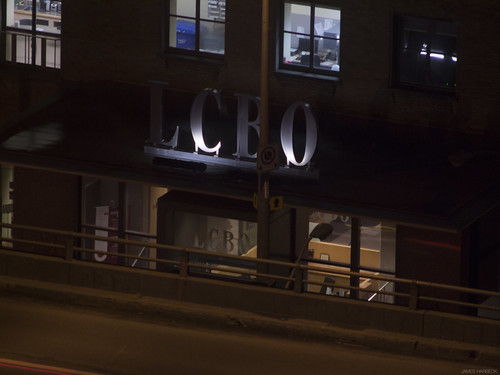 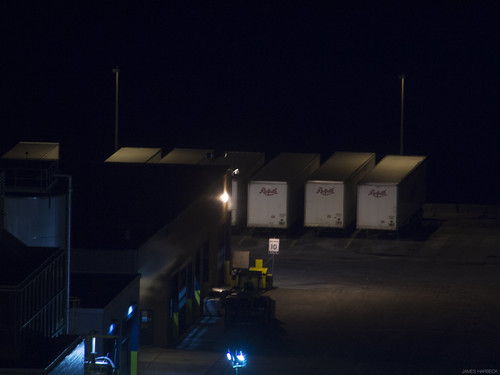 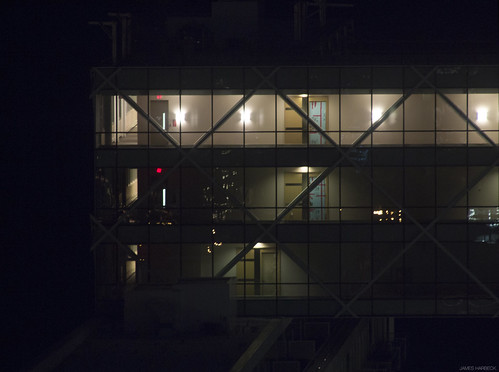 Here are some pictures of the same subjects taken with the 135 mm lens. 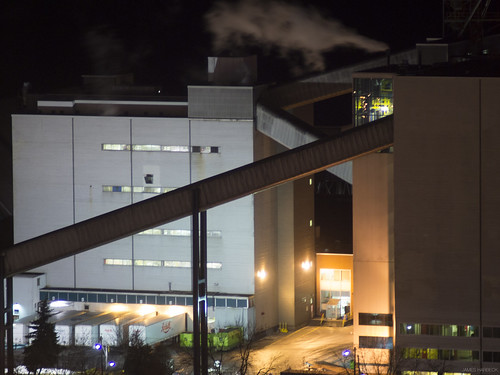 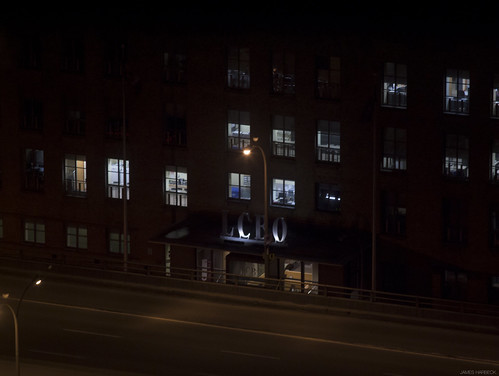 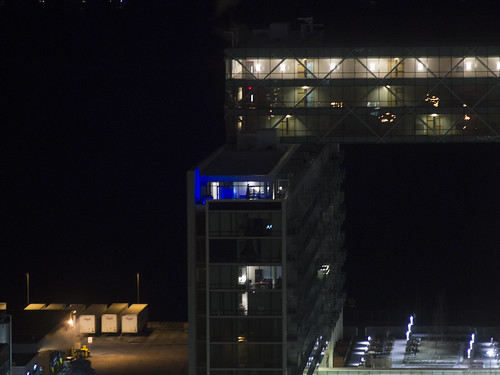 And here is a picture of the whole scene taken with that 20 mm lens. It all fits in the one shot, with so much more. 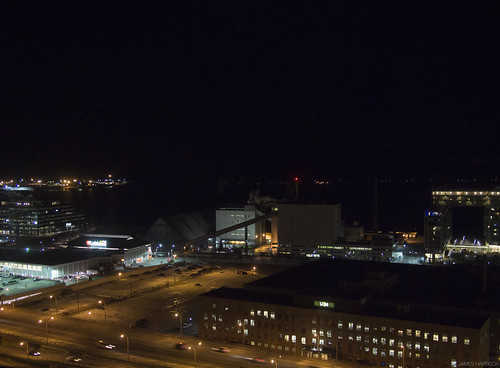 Obviously not a telephoto design. But also, because this is a mirrorless camera, not a retrofocus either. A what? …Never mind.