Bergamo is a city of highs and lows, of broad views and surprise turns, of windows on history, of glimpsed secrets.

Yes, yes, just like lots of Italy. When you have that much history, what do you expect? But Bergamo has perhaps a bit more and other.

Let’s get something out of the way to start: It’s pronounced like “bare ga mo,” with the stress on the first syllable, and it’s not related to bergamot, the citrus flavouring in Earl Grey tea (which is best said with the t on the end nice and crisp). Fair enough. Bergamo is not a tea-drinking kind of city.

You can see Bergamo from a distance across the lowlands to the south. You can see one part of it, that is. Bergamo is a city of two parts: the città alta, upper city, a dense medieval Italian town set on a thumb of mountain projecting into the plain and surrounded with 16th-century walls built by Venetians (who owned the place at the time), and the città bassa, lower city, which looks like any other modern northern Italian city, with buildings of a broad range of ages, all built for living and working in but not as much for showing off. Many people think the lower city only appeared in modern times, but it’s been there as long as the upper city has – the difference is just that the lower city has been erased and redone over time like a whiteboard, while the upper city is like that “please leave on” corner of the board.

And the lower city is the lower-class place, historically. The commedia dell’arte, a form of masked improvisatory comedy, drew three of its zany characters from Bergamo (zany? the term for them was zanni, which is the source of the English word): Arlecchino, who became Harlequin, he of the patchwork costume, emblem of romance novels and dime-store paintings; Brighella, who was the smarter and nastier big brother of Arlecchino; and Pedrolino, who may have been a forerunner of Pierrot. All three were lower-class sorts from the lower city who spoke in a broad Bergamasque accent.

Bergamasque? Yes. The term in Italian for a citizen of Bergamo is bergamasco. This shows up in English as bergamasque or, sometimes, bergamask. The latter also names a kind of rustic dance and associated music. And since Bergamo was held by the Venetians for some time and picked up some of the masquery and revelry, which also influenced the commedia dell’arte, it was quite reasonable for the French poet Paul Verlaine to write, in his 1869 poem Clair de lune,

All of which is very romantic and elevated. Lofty, even. Like that other part of Bergamo, the one you can see from a distance, the one you come from a distance to see. It’s on the mountain – which probably contributed the berg to the name. It’s a bit of a hike up, so you take the funicular. 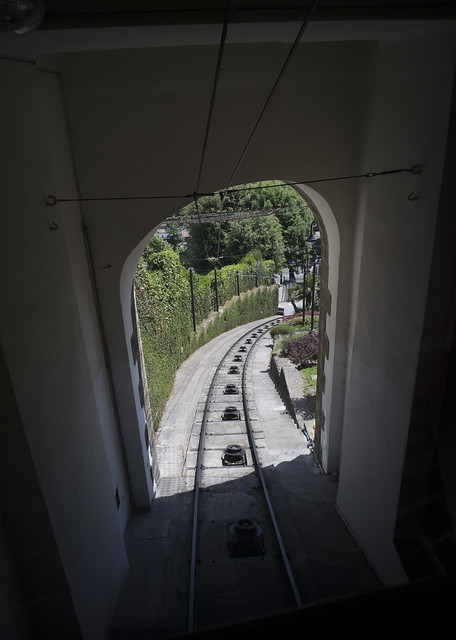 You get off that and walk a stone-paved street uphill until you get to the old square in the heart of the old high city. 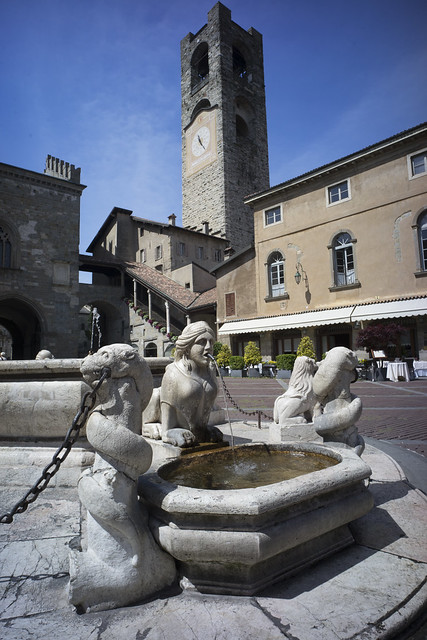 There’s a tower there that looms over the town: the Campanone. It has large bells in it that chime the time every quarter hour. At its base in an equally old building (with, in place of a lobby, an open pit showing excavated ruins) is the Museo Storico di Bergamo, the Bergamo Historic Museum, where you get a window onto the past – figuratively, in its detailed and digitally enhanced displays on the great cultural (musical, literary) and economic history of the town, and literally. 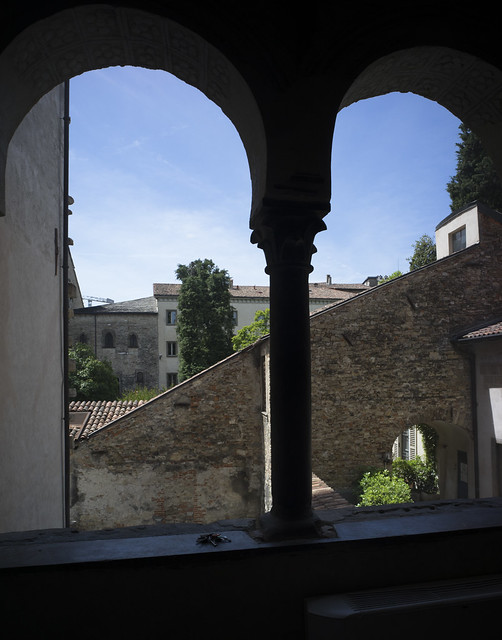 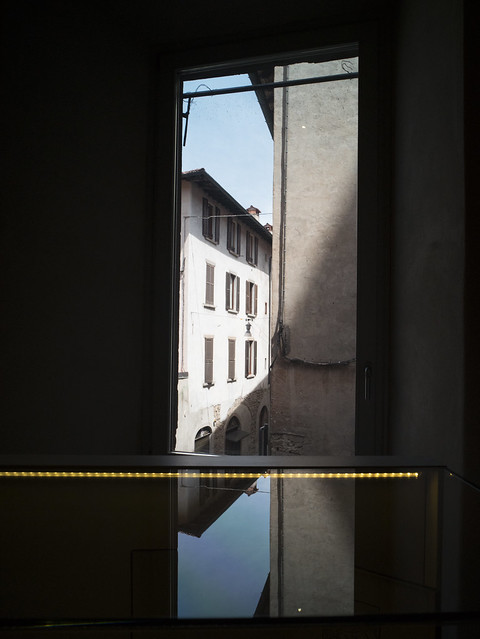 When you have done reflecting on that, you can climb the Campanone. There is an elevator if you prefer, or there are stairs if you prefer. At the top there is a view. 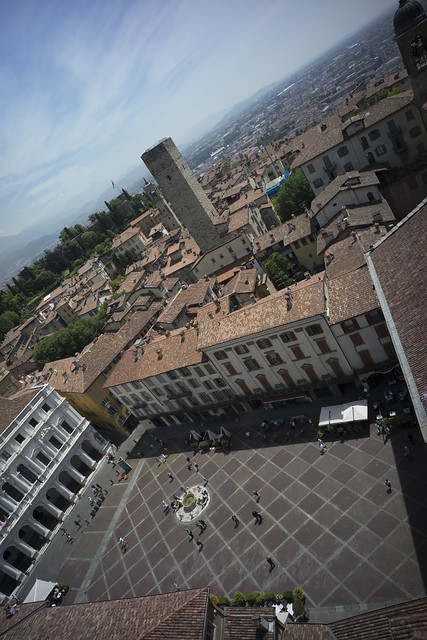 You can see the anfractuous streets of the old high city. 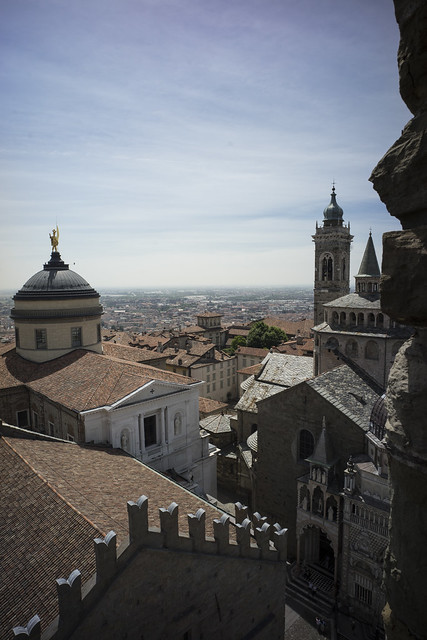 You can see that people actually live in this town (they also drive cars around it – watch out!). 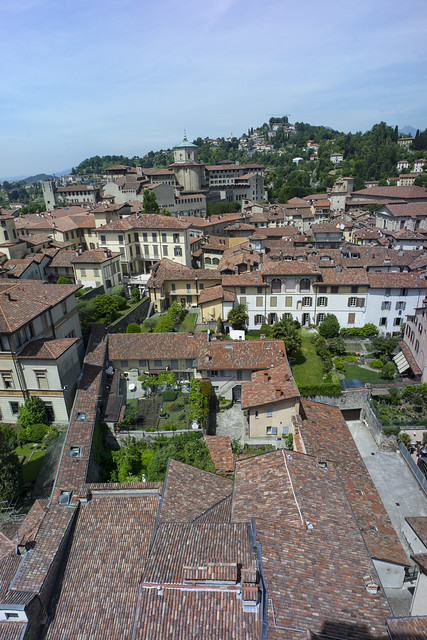 You can see the cathedral. 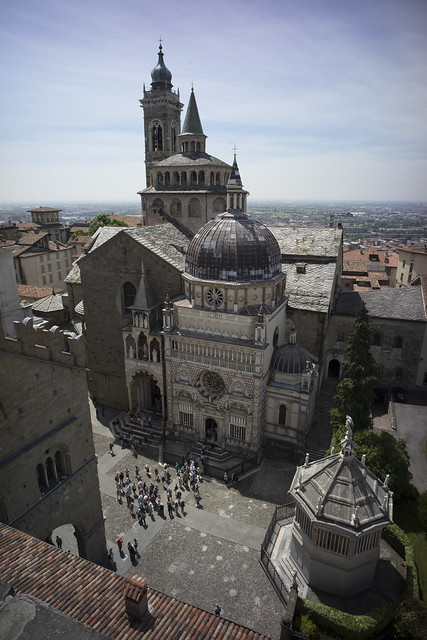 You can descend before the bells right above your head chime the time.

The alta città is a nice place for wandering among the old narrow stony streets. Don’t expect to do too much shopping; there are stores, but fewer than you may expect, and many of them are not open when you pass by. You may lose your way, but if you do you will within 5 or 10 minutes find yourself somewhere you know, probably back where you started. It is small up there. 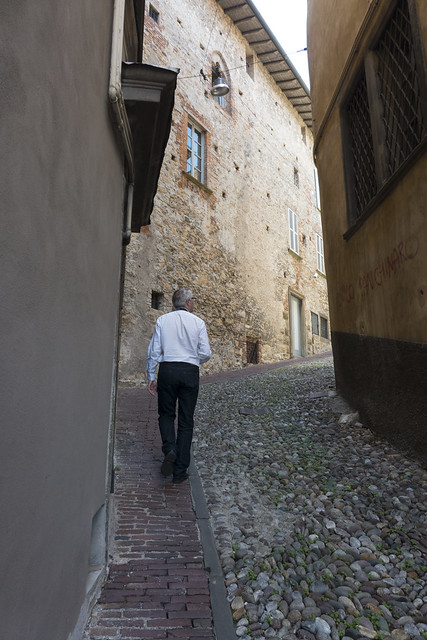 You can walk down to a gate and see a view to the spread of the lower city. 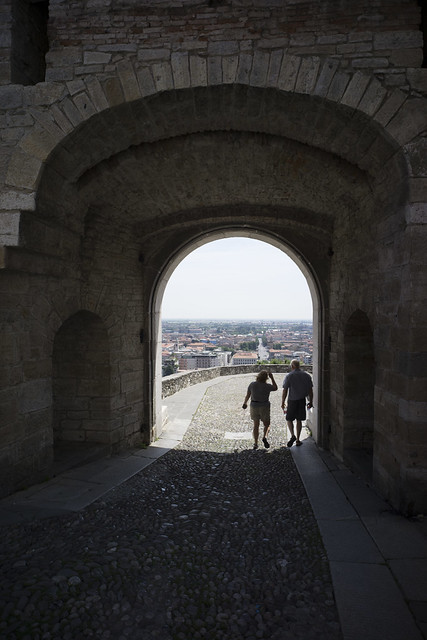 You can walk past closed gardens and open university buildings. You can go into the cathedral and see the beautiful architecture and beautifully painted walls. And perhaps you will even get a glimpse of something more. 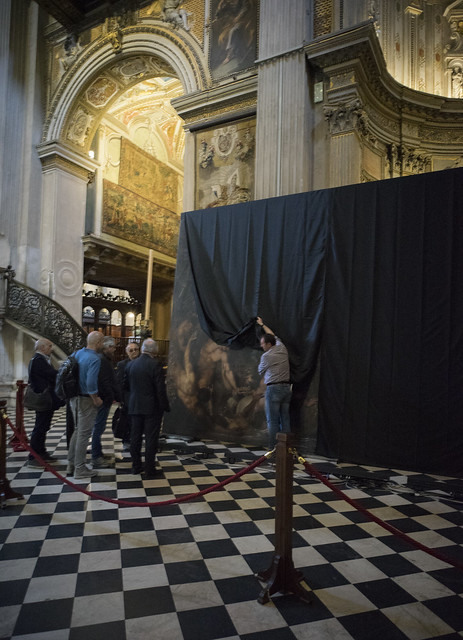 You can buy one of their ubiquitous polenta sweets. 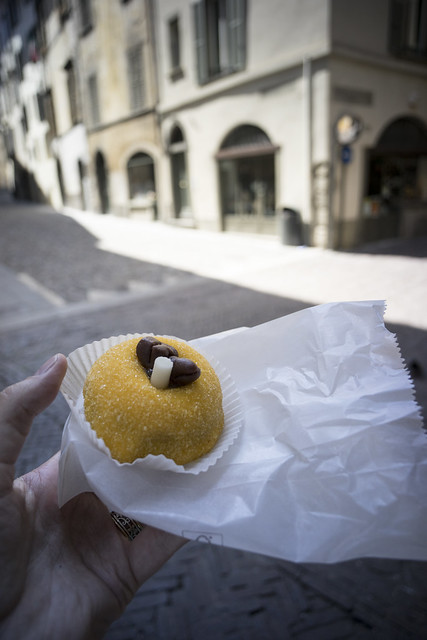 And have espresso with grappa in a brew pub for 3 euros for two. So much more fitting than Earl Grey tea. 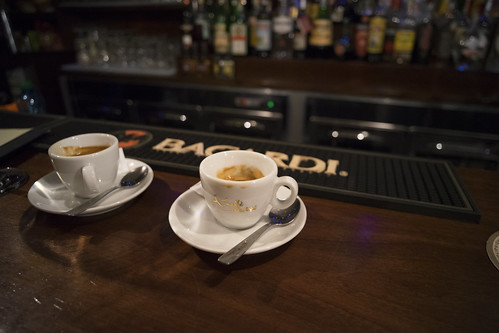 And who knows what else you’ll see of the old and the new? 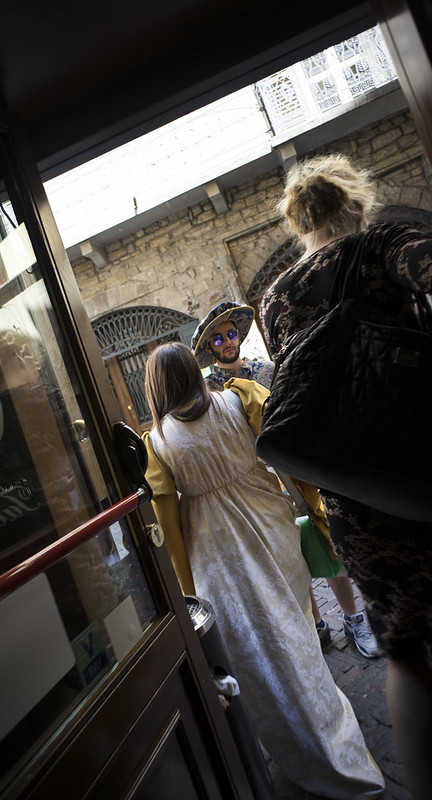