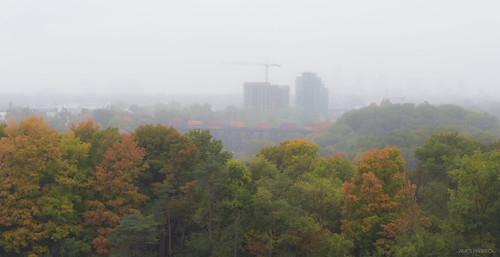 This is the time of year when the green leaves.

When the green leaves what? The leaves. 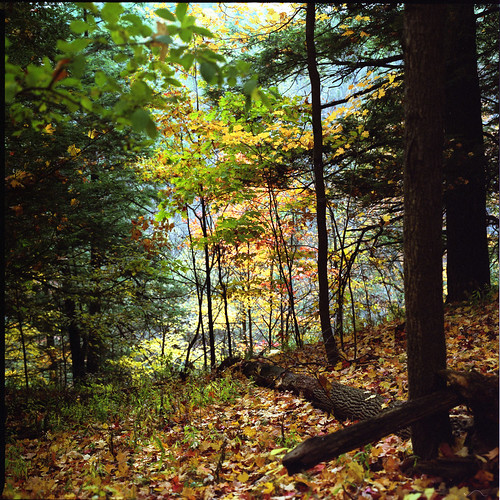 It’s the time of year when the green leaves the leaves, and what is left is – well, that depends on where you are, what the tree looks like, and what the weather has been like. But if it’s the right trees and the right weather and you’re in the right part of the country, you are in for a treat: rather than a wan yellow, the leaves the green has left come to be a bright red. They are dying and dead, of course, but they go in a blaze of glory and finally leave dry piles of browning red on the forest floor and parking lots. 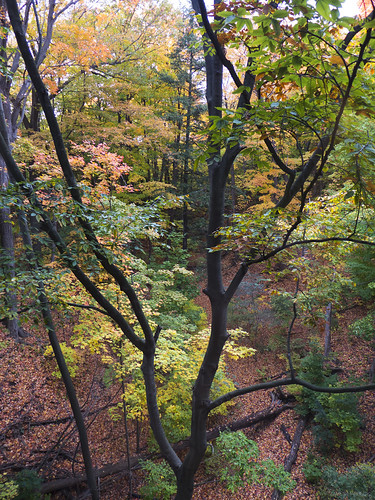 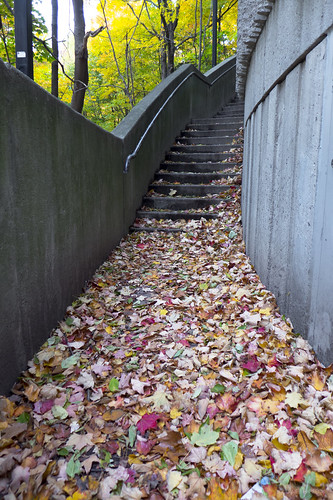 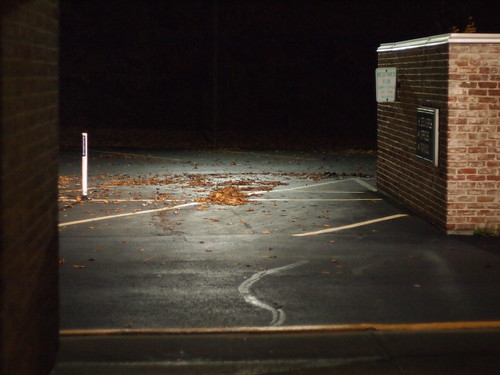 Those red leaves owe their colour to something named for blue flowers: anthocyanin. Unlike the yellow, which is what was there behind the green all the time – the yellows are xanthophylls and beta-carotene, and the green is chlorophyll – the red anthocyanin is added: it’s synthesized once about half the chlorophyll is gone. But anthocyanin is a multi-purpose pigment. Just as the same song may show up as bubblegum pop, grunge, symphonic metal, or new country depending on the production values, instrumental arrangement, and accent of the singer, so the anthocyanin shows up as blue, purple, or red depending on the pH level – the acidity. Indeed, you can use it to tell the acidity of a solution, from red at the most acidic, through pink and purple and blue and then green to yellow at the most basic. But it gets its name from a colour in the middle, and from being used in flowers as well as leaves.

You may or may not recognize the anth, from anthos ἄνθος ‘flower’; it shows up in anthurium (a kind of flower) and, yes, anthology, a collection of flowers of verse (and now prose). It is not related to the anthro in anthropology et cetera; that is to do with humans. The cyan should be familiar. It names a kind of blue colour, and it also shows up in cyanide, which gets its name from cyanogen, which was so named for its presence in Prussian blue. It is a convenient coincidence that cyanides are radicals made up of a C and an N, carbon and nitrogen; the CN is reminiscent of cyan. But the name comes from that Greek blue, kuanos κύανος, run through Latin with cy for the κύ.

Cyanide can leave your lips – or those of any anthropos – blue with death. But anthocyanin, chemically unrelated, leaves leaves red with dying. Such a beautiful passing, and not really a death, anyway, merely an exfoliation: the trees persist and will re-green in the spring. (You can read more about what happens and why on Science Daily.) 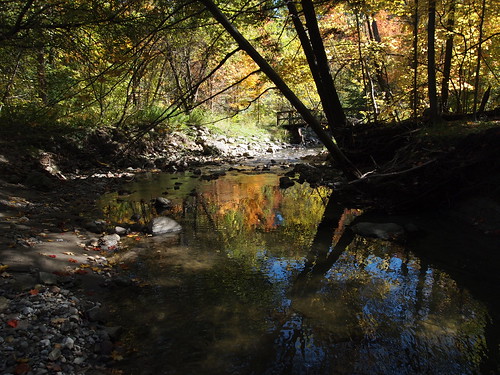