It’s time for another episode of “from the bookshelf.” But it’s late – I’ve spent the day at a linguistics conference – and I need to be expeditious. So I will quickly pull this volume from the shelf. 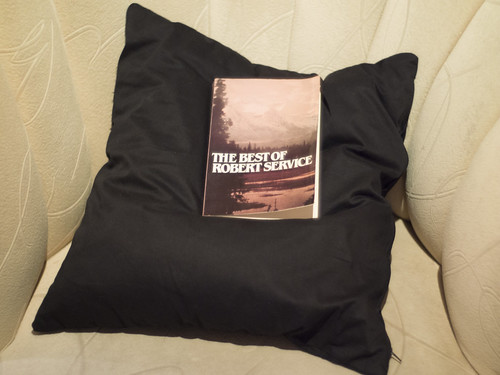 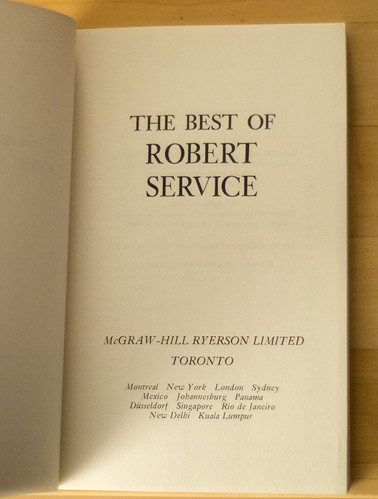 I received it for some birthday in my youth, I think. It’s full of Canadian classics, of course. Robert Service was the plucky poet of the Klondike, and there are at least two poems by him that Canadian schoolchildren cannot escape reading (or at least that used to be the case; I can’t say whether it still is). One of them is “The Shooting of Dan McGrew.” The other one is this. 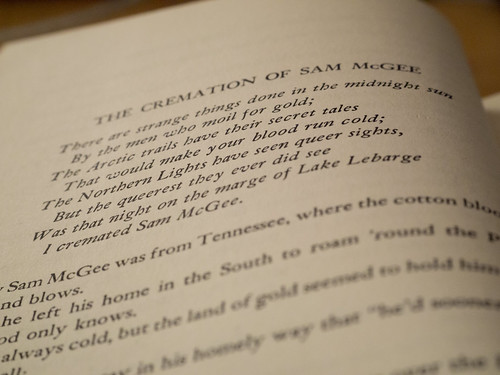 “The Cremation of Sam McGee” is such an essential of the well-read Canadian mind that I once did a quick parody of it on the easy assumption that all of my readers (Canadian editors) would know it in an instance. And I wasn’t wrong.

There is one word I think of in an eyeblink whenever I think of this poem. It’s a word I first saw in this poem, and have read altogether not thrice, not twice, but just that once – or in just that one place, however often returned to. And yet its sense was, by context, immediately grasped. 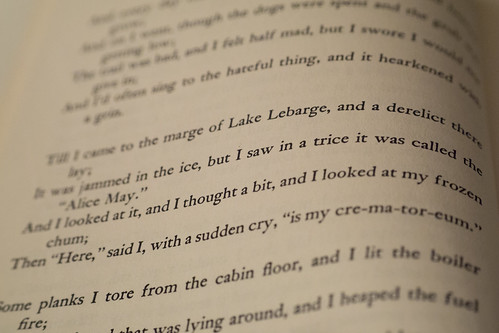 It was jammed in the ice, but I saw in a trice it was called the “Alice May.”

The “it” is a boat, a derelict as Service calls it. Service says he saw in a trice – a slice of the eye in time, a trick, a quick instant, a moment without trace.

Very well. But what is a trice?

Trice was, first of all, a verb, borrowed from a Middle Dutch word meaning ‘haul’. In Middle English it got the sense ‘pull quickly’, ‘pluck’, ‘draw suddenly’. Its first sighting is in Chaucer. Now when it’s used at all as a verb it means ‘pull or haul with a rope’, but don’t count on anyone knowing it.

But that verb came to be converted to a noun, first in the phrase at a trice – as though saying ‘at a hoist’ or ‘at a pluck’ – and thereafter in a trice. It has a long history of use, threading through Shakespeare and Charlotte Brontë. But, at least if you’re Canadian, the telos of all that was its spotlight flash in Robert Service, and all uses since then refer back to that one trace. Now you read it, and in the same second you grasp it; and now it is forever a mirror of that night on the marge of Lake Lebarge.