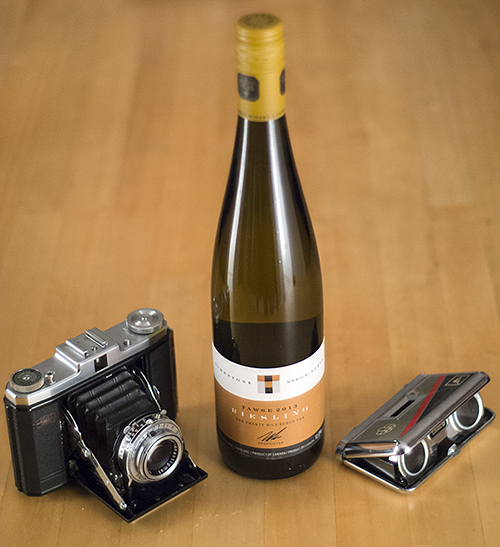 The three items in this photograph have something in common.

Yes, yes, they all have glass and yes, they can all help you to see things from a more interesting vantage. But that’s not what I’m on about.

Granted, one of them is from about 1954, one is from 1976, and one is from 2013. But all three may be called vintage in the right context. In fact, two of them are far more likely to be called vintage more often by more people in more places. The third one actually is made from a vintage.

A vintage is, first of all, a grape harvest. That is what Latin vindemia means, which became French vendange, which became English vendage, which became vintage under the influence of vinter ‘wine merchant’ (from Latin vinatarius, from vinum ‘wine’; it has now with age gained an n to become vintner).

Some wines are made from juice blended from several years of harvest, just to even things out and use some of the better stuff to make the worse stuff more drinkable (because you lose money if you just pour the worse stuff back in the dirt). Other wines are made from the grapes from a single harvest in a single year. It may be all one kind of grape, or it may be several kinds, even from several different vineyards, but if it’s all from the same harvest – the autumn of the same year – it’s one vintage, and you can put that on the bottle so people know which vintage.

The vintage year matters because for any given area (and producer) the wines are better in some years and worse in others. It also matters because different wines age at different rates. Wines are like people in several ways, and one way is that some of them have their glory days early and then get pretty unpleasant after that, while others are not so great for a long time (though a discerning person can usually identify a promise of the future) but then become glorious. Some have longer glorious periods; others, shorter. The sweet ones often last longer but, unless they’re rich, are seldom held in as high esteem as the more demanding ones. Some, of course, are bad at the start and don’t really get any better. And less discerning people will sometimes hang onto one for a long time thinking it will be great, only to discover at length that even its salad days are over and it’s hardly fit for removing paint. The same is true with wines.

But they’re all vintage, every one that was made with grapes from just one year, be they red, white, or pink. However, as we hear in such places as Sinatra’s “A Very Good Year,” fine vintage wines is a common phrase (or, as Sinatra sings it, “vintage wines from fine old kegs”), and because the best vintage wines are made to be consumed many years thence (the best Bordeaux and Burgundy may peak after decades, while most other quality wines peak within ten years), the common line of thought is that vintage connotes ‘old’ and ‘quality’. (Also, because red wines are more typically made for greater aging, we usually think of red when we think vintage.)

And so vintage has come to be used for other things that are old and, one hopes, of quality. Especially things from a specific identifiable year – cars seem to have been the first non-wine things called vintage; there were already “vintage” automobiles in 1928 (!) – but, increasingly, anything old and desirable is open to being called vintage. Or, for that matter, any old thing at all if the person wants you to think of it as desirable, and to pay more for it. It’s like antique: a word for old stuff that you’re supposed to think is worth a lot more for its antiquity.

Actually, it’s kind of overused in that sense, and, frankly, I’m more than bored with it. As much as I like cameras old and new, I could happily go through the rest of my life seeing old cameras called old cameras and not vintage cameras. You can count on my avoiding using it in that sense.

But you can also count on my not telling you that that sense is wrong. It’s well established, understood by everyone, and it takes part in a very common process of semantic broadening through association and figurative usage. You don’t have to like it, and you don’t have to use it, but you don’t get to say it’s wrong. It’s been used for that sense for almost a century. By its own definition, it is a vintage definition.

Well, hey, not everything that is vintage is good. We may like to think we all get better with age, but some old things are not better for it.

And, on the other hand, not all that is not vintage is bad. Obviously with things such as binoculars and cameras the new is expected to have a measure of functional superiority, even if it lacks charm and “authenticity” (whatever that is) and nostalgia. But even with wine, just because it’s not a vintage wine doesn’t mean it’s undrinkable. OK, yes, with most wines, non-vintage wines fall into that faint-praise-damnation bracket called “easy drinking” (or else they’re “plonk”). But among champagnes and other sparkling wines, non-vintage is standard. Vintage is uncommon. Expensive and highly valued, yes (because they’ll only make it if there’s an exceptional year; otherwise it all goes in the blend), but uncommon and not necessary for quality. I’ll happily have a glass – or a bottle – of “N.V.” champagne any day. Especially a day that merits any sort of celebration (such as celebrating having a bottle of champagne on hand). And hey, best to drink it before it (and you) gets any older. 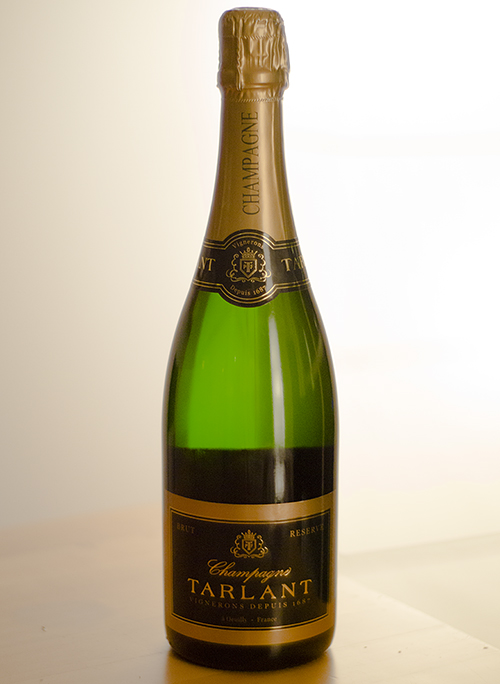 One response to “vintage”