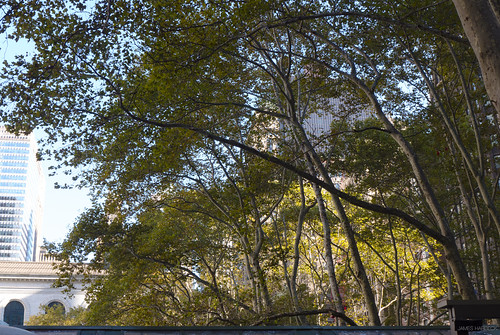 Look at these trees. They exhibit a pleasing play of shadow and light: shadows on the right side, light on the left – a nice moderate light, glowing.

Now look at the buildings behind them. Look at where the light is. Look at the direction the shadows are going in.

The sun is to the right. South-southwest. This is Bryant Park in New York on an October afternoon, and we are facing east-southeast toward the New York Public Library (remember, Manhattan is not truly north-south). The bright side of the trees is the one away from the sun. The direct sunlight is blocked by buildings on the right: just shadows there. The soft glow is thanks to light reflected from buildings on the left.

When I first stopped to think about that fact – how the bright side of the trees was from reflected light – I thought something like “Well, I’ll be…”

The sun gives light: as it burns it releases photons. If you stand in the sun, you stand in the path of a small, small wedge of those photons. They don’t make it through you. Some are absorbed; some bounce back off. The number and nature of those photons bounced back depends on the colour of your skin and clothes. If you are wearing a blue shirt, it keeps most of the photons that aren’t blue, and bounces back – gives away – more of the blue ones. This is how we have colour: surfaces keep the colours they don’t show and give away the ones they do show. 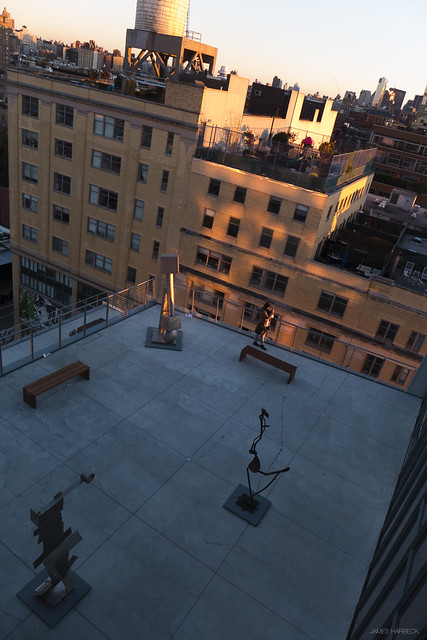 Meanwhile, the space behind you, including the back of your head, is not in utter darkness; it is lit by photons reflected off other surfaces – and diffused by bouncing on molecules in the atmosphere. 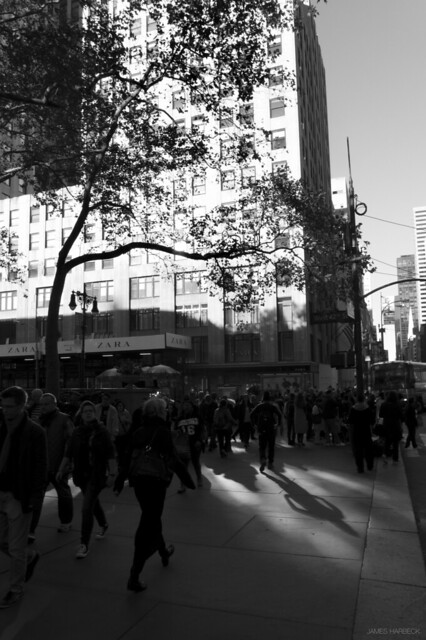 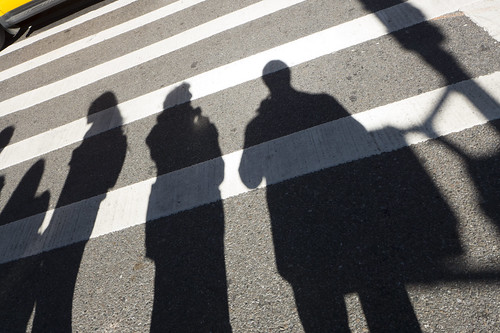 Albedo is the percentage of light a surface gives away – doesn’t keep. A surface that kept all the light would have an albedo of 0 and would be perfectly black; a surface that reflected it all would have an albedo of 1 (i.e., 100%). The reflection can be directional – as with a mirror – or diffuse – as with paper. Highly reflective but not perfectly flat or even surfaces give a mottled light. 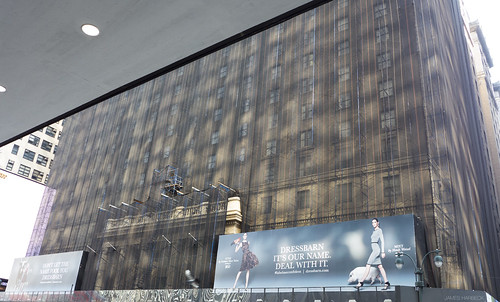 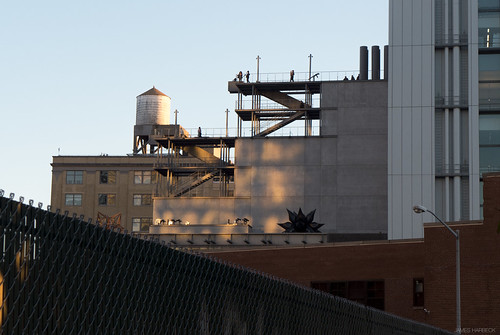 The word comes from Latin albedo ‘whiteness’, from albus ‘white’. You will recognize the root from abumin and albino and Albus Dumbledore (which, in full, means ‘white bumblebee’). Albedo was first applied to the reflectivity of surfaces by Johann Heinrich Lambert in 1790. An important current usage is to refer specifically to the reflectivity of celestial bodies – such as the earth.

It is also important for environmental science. Snow, for instance, has a high albedo, but once it starts melting and the water runs away, more and more dirt and dark matter is left, giving a lower and lower albedo, which means it absorbs more and more solar radiation and melts faster and faster. The glaciers of Greenland are currently demonstrating this, and it is a matter of some concern. It becomes an accelerating self-destructive cycle of selfishness, as it were.

Separate albedo can be calculated for each wavelength. Some people have suggested that since a blue surface keeps the light that is not blue and gives away the light that is blue, its real nature is not blue. I do not agree. As you go through life, you receive love and hurt, joy and anger, comfort and pain; you do not give all of it back to the world, but only those things that you wish others to receive. A person who receives hurt and joy but gives only joy to others is not a person whose nature is hurt. We do what we want to do and what we are able to do. Our character is our able-do; it is our albedo.

And in the darkest moments of our life, when the sun seems blotted out, there is still light: the albedo of others.